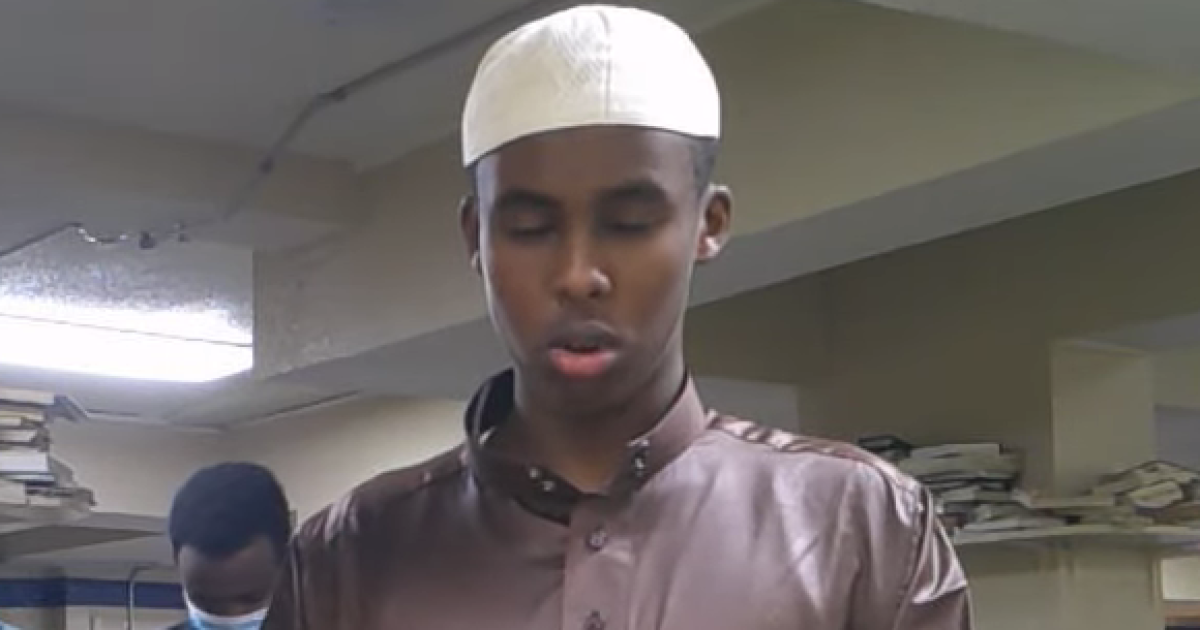 KANSAS CITY, Mo. — A community is shocked and saddened as they mourn the loss of two teenagers killed on Friday night.

16-year-old Abdulwahid Abdulaziz and 15-year-old Abdirahman Abdulaziz both brothers, were shot at 8th and Olive Friday night as they were leaving Ramadan service around 11:30 p.m.

Kansas City police believe the suspect was 25-year-old Hanad Abdiaziz. He was shot and killed by a KCPD officer Saturday evening just before 6:15 p.m. near East Missouri Avenue and Maple Boulevard.

The Missouri State Highway Patrol who took over the investigation said Abdiaziz presented a firearm which resulted in shots being fired from police.

41 Action News spoke with the teen’s teacher, Ayman Hassan, about this tragedy.

“I am shocked, I can’t believe what happened exactly,” Hassan said.

Hassan said the brothers were smart and had good characters. “They were amazing, we have had no complaints from them they were not like trouble makers or something like this,” he said.

They both had a passion for learning their religion.

According to Hassan, both of the teens lead a prayer just hours before they were killed.

“They recited Quran versus related to what happened to them about oppression and about how to avoid transgression, how to avoid hurting people, murder is prohibited-amazing,” Hassan said.

Hassan doesn’t know why these two young lives were taken so soon.

“I don’t know any reason, excuse or justification to what happened,” he said.

Now he hopes there’s ways to prevent this sort of violence from happening again.

“I think this is a shortcoming in bringing them up, shortcoming in managing the community, there should be short coming and we should study these shortcomings and correct them,” Hassan said.

Hassan said it’s going to be hard to talk about this tragedy with his other students in the days to come.

Funeral plans for the two teens are expected on Monday.

In a since-deleted tweet responding to a question about a potential contract extension for Kansas City Chiefs safety Tyrann Mathieu, Mathieu tweeted that he's "probably not" going to get a new deal in … END_OF_DOCUMENT_TOKEN_TO_BE_REPLACED

KANSAS CITY, Mo. — A manhole left uncovered is the source of concern after a woman damaged her car in Kansas City. The single-car crash happened at 11th Street and Tracy Avenue during the busy … END_OF_DOCUMENT_TOKEN_TO_BE_REPLACED

Kansas City, Missouri's COVID-19 emergency order was set to expire at the end of the month. But Mayor Quinton Lucas made it clear Friday that private businesses can still set their own rules.Any … END_OF_DOCUMENT_TOKEN_TO_BE_REPLACED

KANSAS CITY, MO (KCTV/AP) — All restrictions meant to slow the spread of the coronavirus were being rescinded as of midday Friday in Kansas City, Missouri, following guidance from the U.S. Centers for … END_OF_DOCUMENT_TOKEN_TO_BE_REPLACED