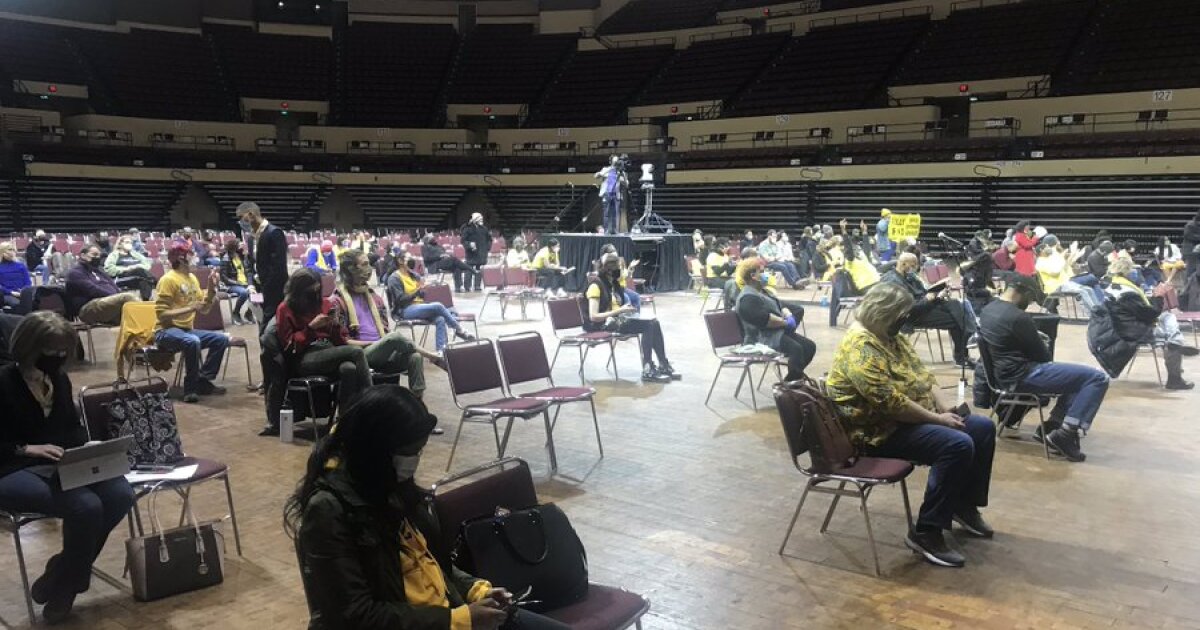 KANSAS CITY, Mo. — The pandemic took a toll on Kansas City’s budget and on Saturday, the public had a chance to voice concerns on the proposed budget for the up coming fiscal year.

Currently the city is looking at filling about a $70,000,000 hole, mostly due to the pandemic.

“One of if not the most challenging budgets that we’ve ever had to put together in light of the COVID-19 pandemic,” KCMO City Manager, Brian Platt said.

It’s the harsh reality of crunching the numbers settling in as tough choices have to be made.

“Everybody has a right to get angry because we’re cutting money,” KCMO Councilman, Kevin O’Neill said.

The proposed budget has no layoffs or furloughs, however some open positions will not be filled.

Part of the cuts include the Kansas City Zoo, Starlight Theater, ArtsKC, The Black Archives of Mid-America, Visit KC and the KC Film Office.

Several groups came out to plead their case such as KC Tenants, advocating for the rights of tenants in the city.

“I implore you to fully fund the office of the tenant advocate and make sure it is equipment to implement and enforce out Tenants Bill of Rights,” Tiana Caldwell, with KC Tenants, said.

“What’s clear from this budget is that this city cares more about private property, profits and police that protect the profits instead of people,” Jenay Manley, with KC Tenants, said.

People experiencing homelessness also weighed in on the proposed budget.

“Give us a budget, let us deal with our problems. Those that are closer to the problem is closer to the solution,” Qadafi, who is experiencing homelessness, said.

“Money put into the homeless to get them section 8 housing, get them off the streets, it’s really sad to see people die on the streets when they don’t have to,” Chris Miller, who is also experiencing homelessness, said.

Advocates of the arts and museums said the cut in funding would severely impact their organizations.

“Just a reminder and a request to reconsider the anticipated $200,000 cut from our budget,” Stephenie Smith, Vice Chair of the American Jazz Museum Board of Directors, said. ” The America Jazz Museum is one of the largest employers within the 18th and Vine District, that includes full time employees, part time employees, musicians.”

“This is not a time to cut the limited support you provide us, instead let’s recover together,” Evie Craig, a board member for the Missouri Citizens for the Arts, said.

Next, council members will consider all the input as they make decisions about the budget.

“I know that I would like to see the zoo not be as cut as it is and some other things, so I’m going to be advocating for that,” O’Neill said.

The next budget public hearing is virtual only on March 2 at 10 a.m.

To learn more about the proposed budget, click here.

KANSAS CITY, Mo. — The environment, children and smoking are issues Vari Patel and three other teens from the Kansas City metro felt needed attention so people can live healthier lives. "And when … END_OF_DOCUMENT_TOKEN_TO_BE_REPLACED

KANSAS CITY, Mo. — Kansas City, Missouri, Mayor Quinton Lucas confirmed Monday not only that he’d been married earlier this month — but that he and his wife welcomed a baby boy, too. In a post to … END_OF_DOCUMENT_TOKEN_TO_BE_REPLACED

KANSAS CITY, Mo. — Kansas City, Missouri, leaders once again will look into renaming city streets in honor of Dr. Martin Luther King Jr. The city's Board of Parks and Recreation Commissioners will … END_OF_DOCUMENT_TOKEN_TO_BE_REPLACED