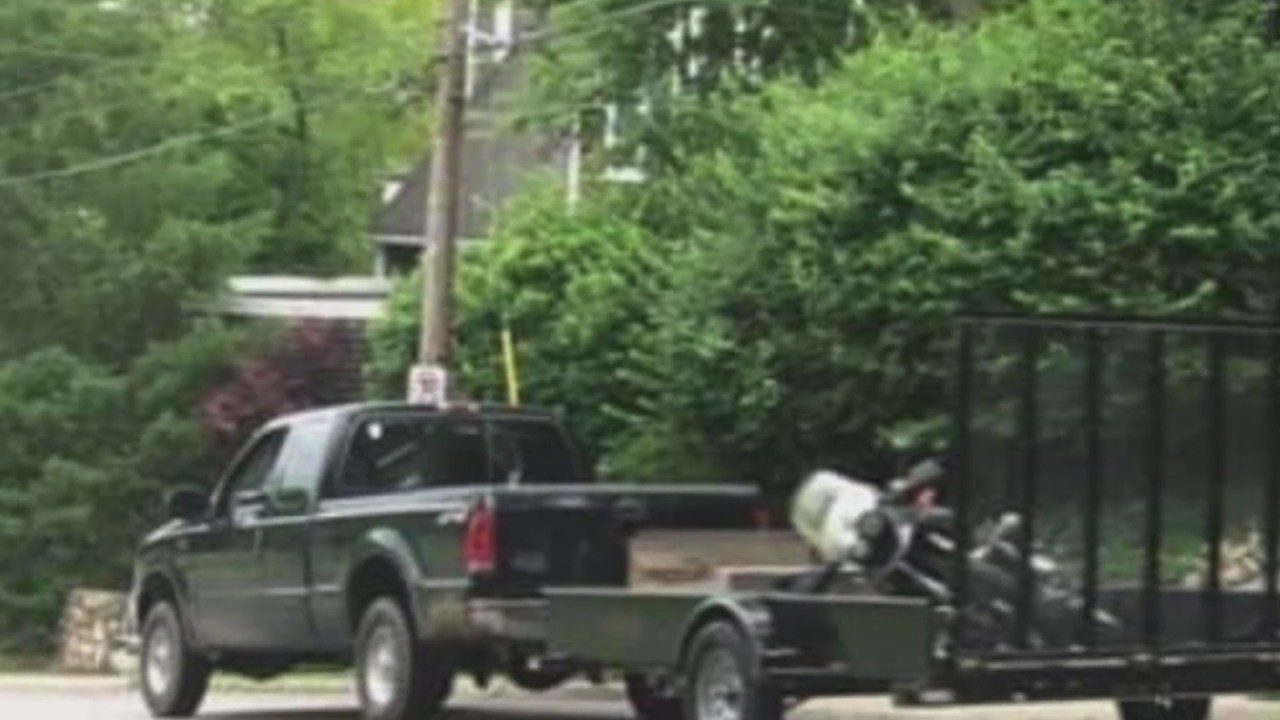 “With some friends, we rode as far as Panama down south over a few weeks period,” Plummer told FOX4. “And then I took it all the way to the Arctic Ocean on the north shore of Alaska, so I’m fairly attached to it.”

That’s why Plummer’s blood boiled when someone in a black Ford F-250 pickup truck brazenly stole the bike in broad daylight on Monday afternoon.

“I got a call from the neighbor who lives just behind me and he says, ‘Dane somebody’s stealing your motorcycle!’ So I ran out and it was gone already.”

Even more striking, the theft happened at the fairly busy intersection of West 47th and Wyoming Street in the city’s West Plaza neighborhood.

“It was just parked right here,” Plummer said, pointing to his driveway. “They even had traffic backed-up because they were pulled in with the trailer and the steering (on the bike) was locked. So it was difficult for them to just roll it in and they put it into the trailer and took off.”

Anyone who recognizes the pickup used in the theft, or anyone who has information about the crime, is urged to call the Kansas City Police Department.

In a since-deleted tweet responding to a question about a potential contract extension for Kansas City Chiefs safety Tyrann Mathieu, Mathieu tweeted that he's "probably not" going to get a new deal in … END_OF_DOCUMENT_TOKEN_TO_BE_REPLACED

KANSAS CITY, Mo. — A manhole left uncovered is the source of concern after a woman damaged her car in Kansas City. The single-car crash happened at 11th Street and Tracy Avenue during the busy … END_OF_DOCUMENT_TOKEN_TO_BE_REPLACED

Kansas City, Missouri's COVID-19 emergency order was set to expire at the end of the month. But Mayor Quinton Lucas made it clear Friday that private businesses can still set their own rules.Any … END_OF_DOCUMENT_TOKEN_TO_BE_REPLACED

KANSAS CITY, MO (KCTV/AP) — All restrictions meant to slow the spread of the coronavirus were being rescinded as of midday Friday in Kansas City, Missouri, following guidance from the U.S. Centers for … END_OF_DOCUMENT_TOKEN_TO_BE_REPLACED