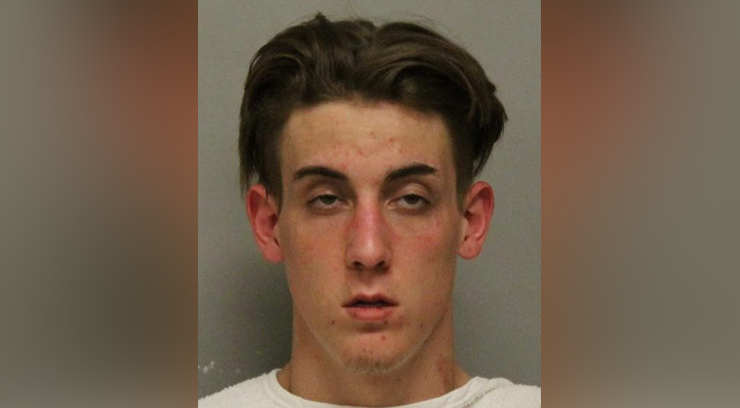 KANSAS CITY, Mo. — A Kansas City man has been sentenced to 15 years in prison after throwing another man from the back of a pickup truck, leading to his death.

Skylar Waddell, 22, was charged in the death of 48-year-old Steve Norris. He was sentenced to 12 years for his guilty plea to voluntary manslaughter and three years for leaving the scene of an accident. A judge set those sentences to run consecutively.

A witness told officers he saw Norris get out of a vehicle and run up to a Ford F-150 truck parked along the shoulder of the interstate.

He and a man in the truck, later identified as Waddell, were yelling at each other. Waddell then got out and ran up to a Dodge Ram parked just in front of the F-150.

Norris jumped into the back of that truck, and Waddell took off into I-435 traffic. Police learned he had been driving erratically, swerving and changing lanes as though he was trying to throw Norris from the truck bed.

Eventually, Norris was thrown from the pickup truck and landed in the southbound lanes of I-435. Waddell then stopped the truck, tried to stop several southbound drivers before taking off on foot, police said.

Investigators later learned what the two men had been arguing over.

Norris’ wife said she watched the entire thing unfold from another vehicle. She said her husband had parked his truck on the side of the road after getting a flat tire. He called her to get a ride back home to get tools to fix it.

Court documents say when they returned to his truck, they saw Waddell inside. Norris’ wife told police her husband kept tools and other equipment inside his truck, and it looked like he was trying to steal something.

When Waddell allegedly fled in the Ram truck and Norris jumped onto the truck, his wife said she followed directly behind in her car.

After fleeing, officers found Waddell hiding in the attic at his girlfriend’s home and arrested him.

In an interview with investigators, Waddell said he didn’t mean to hurt the 48-year-old.

“The only thing I will say, I didn’t mean to do any harm, whatsoever. When he got out of his vehicle, he came running at me, and I got into the truck,” Waddell told police. “That’s all I am going to say.”

In a since-deleted tweet responding to a question about a potential contract extension for Kansas City Chiefs safety Tyrann Mathieu, Mathieu tweeted that he's "probably not" going to get a new deal in … END_OF_DOCUMENT_TOKEN_TO_BE_REPLACED

KANSAS CITY, Mo. — A manhole left uncovered is the source of concern after a woman damaged her car in Kansas City. The single-car crash happened at 11th Street and Tracy Avenue during the busy … END_OF_DOCUMENT_TOKEN_TO_BE_REPLACED

Kansas City, Missouri's COVID-19 emergency order was set to expire at the end of the month. But Mayor Quinton Lucas made it clear Friday that private businesses can still set their own rules.Any … END_OF_DOCUMENT_TOKEN_TO_BE_REPLACED

KANSAS CITY, MO (KCTV/AP) — All restrictions meant to slow the spread of the coronavirus were being rescinded as of midday Friday in Kansas City, Missouri, following guidance from the U.S. Centers for … END_OF_DOCUMENT_TOKEN_TO_BE_REPLACED