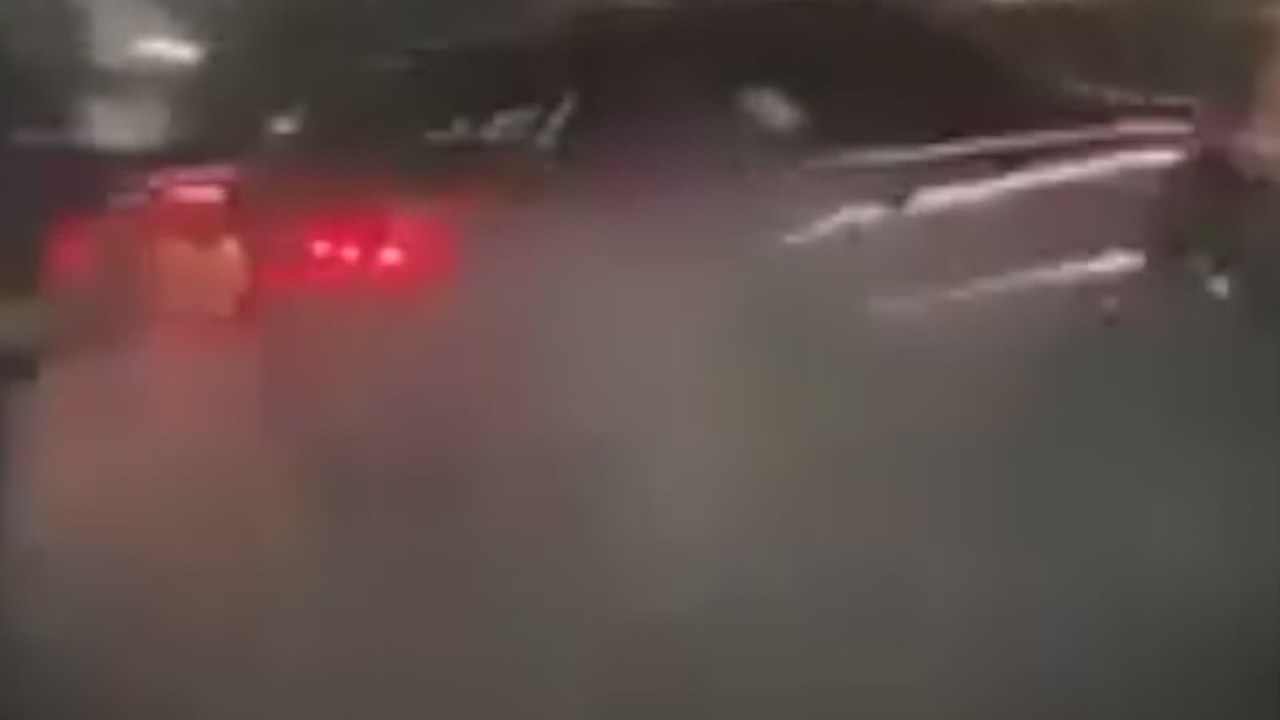 KANSAS CITY, Kan. — A sideshow that spun out of control has Kansas City, Kansas police looking for the driver who seriously injured a man in the chaos.

The victim is a 24-year-old man who suffered a broken leg and broken neck when police say a driver doing donuts hit him while standing in a crowd.

“A turn of the wheel, a misjudgment of where people are standing, or somebody moving could end up deadly – and it came close to that,” Nancy Chartrand with KCKPD said.

Chartrand says they are seeing an uptick in street racing, and while it’s entertainment for some, they can quickly turn deadly.

“They are putting themselves at great, great risk. If you are a parent and are just thinking your kids are going to watch some cars driving around – you need to watch this video,” Chartrand said.

Farida Kathawalla lost her daughter on June 21, 2020 when police say Shabazz Frencher hit and killed her while racing another car. Court documents reveal Frencher admitted to police she was heavily intoxicated and intentionally drag racing at the time of the incident.

“This kind of racing will kill people,” Kathawalla said.

When Kathawalla was hit at the intersection of 43rd & Main, police say Frencher’s car was travelling more than 100 miles per hour, and Zahara had no time to react.

“It’s like, instead of having a gun, now you have a car, it’s unfair, it cannot be done, you cannot lose lives. You cannot put people like us who have lost our child. In this way, you know, we have our lives have been upside down,” Kathawalla said.

The family formed the Zahara Kathawalla foundation. They provide scholarships to young adults focusing on education, travel, and wellness.

Frencher is expected to go to trial in March of 2022.

Kansas City, Missouri is trying to fight back against street racing with a new ordinance passed late in May. It pushes for harsher fines and possible jail time for people found to be racing. Police also have the ability to impound cars used in races and sideshows.

“I hope that long term we see that it’s effective. That people realize with harsher penalties the seriousness of the gravity of these situations,” Officer Donna Drake with KCPD said.

“We don’t believe this person set out to harm anyone, but it happened. If it happened to that individual it could happen to someone else,” Chartrand said.

In last weekend’s sideshow, police are looking for the driver of a 90’s model Ford Mustang you can see here:

Chartrand says KCK does not have a street racing ordinance, but they do use reckless driving laws to cite drivers. It could mean anywhere from $200-$500 in fines, and possible jail time.

Kathawalla is holding a fundraising event on August 28 for her foundation. It’s called ZaharaPalooza for her love of the festival. Her mother says she would attend every year. The event will take place in Stillwater, Minnesota near where she is from.

ZaharaPalooza is an all-day event filled with a wide variety of activities for all ages. Each activity is reflective of Zahara’s interests, passions, and hobbies, as well as the foundation’s mission to support young adults in Education, Wellness, and Cultural Exploration.

In a since-deleted tweet responding to a question about a potential contract extension for Kansas City Chiefs safety Tyrann Mathieu, Mathieu tweeted that he's "probably not" going to get a new deal in … END_OF_DOCUMENT_TOKEN_TO_BE_REPLACED

KANSAS CITY, Mo. — A manhole left uncovered is the source of concern after a woman damaged her car in Kansas City. The single-car crash happened at 11th Street and Tracy Avenue during the busy … END_OF_DOCUMENT_TOKEN_TO_BE_REPLACED

Kansas City, Missouri's COVID-19 emergency order was set to expire at the end of the month. But Mayor Quinton Lucas made it clear Friday that private businesses can still set their own rules.Any … END_OF_DOCUMENT_TOKEN_TO_BE_REPLACED

KANSAS CITY, MO (KCTV/AP) — All restrictions meant to slow the spread of the coronavirus were being rescinded as of midday Friday in Kansas City, Missouri, following guidance from the U.S. Centers for … END_OF_DOCUMENT_TOKEN_TO_BE_REPLACED