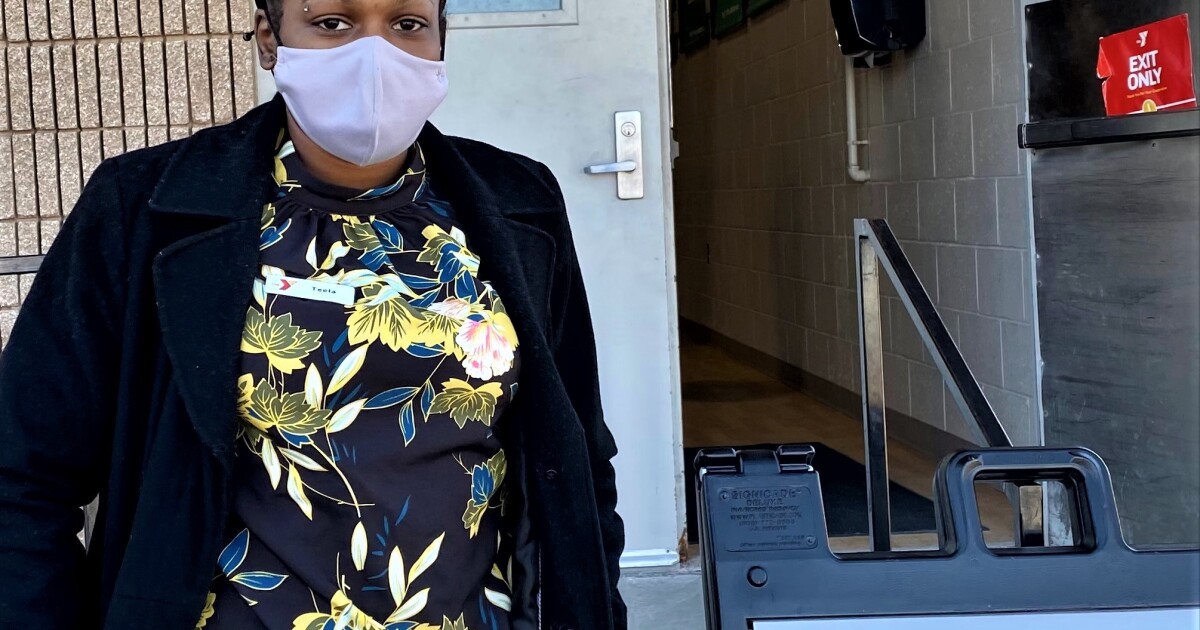 Kansas City government is partnering with community groups and Walmart to concentrate on six zip codes with the highest mortality rates in hopes of getting coronavirus vaccines to those who need it most.

All of those zipcodes are east of Troost Avenue, largely between 12th Street and Gregory Boulevard, said John Stamm, Mayor Quinton Lucas’ chief of staff.

“The communities that are hardest affected by COVID also have had the least access to vaccines. So we’re doing everything we can to correct that,” Stamm said.

The chance to address the inequity sprang up about two weeks ago when Walmart notified the city that it had vaccine from the federal government to distribute and was looking for a place to do it, Stamm said.

The company is already vaccinating at some 1,400 stores and more than 40 pop-up locations around the country, said Billy Smith, a regional pharmacy clinical services manager for Walmart. Smith said he’s glad to see one in Kansas City’s urban core.

“Being a resident of Kansas City myself, I take this personally,” he said.

The city wants the clinic location kept secret to keep people without an appointment from trying to walk in. Linwood YMCA program manager Teela Maxwell said the organization is reaching out to older members, in the targeted zip codes, to help them set up vaccination appointments.

“We put a mass email out, we started individual calling members,” Maxwell said. “We have a rolling calling list that we do all the time anyway.

“So, if we had talked to them before and had a note that they hadn’t come back because of COVID, we were calling them first, and say, ‘Hey, we have a shot available, a clinic coming up available, would you like to get your shot?'” she said.

Maxwell said she’d like to to see her YMCA fill up with exercisers again and hopes the zip-code targeted shots will speed that process.

In a since-deleted tweet responding to a question about a potential contract extension for Kansas City Chiefs safety Tyrann Mathieu, Mathieu tweeted that he's "probably not" going to get a new deal in … END_OF_DOCUMENT_TOKEN_TO_BE_REPLACED

KANSAS CITY, Mo. — A manhole left uncovered is the source of concern after a woman damaged her car in Kansas City. The single-car crash happened at 11th Street and Tracy Avenue during the busy … END_OF_DOCUMENT_TOKEN_TO_BE_REPLACED

Kansas City, Missouri's COVID-19 emergency order was set to expire at the end of the month. But Mayor Quinton Lucas made it clear Friday that private businesses can still set their own rules.Any … END_OF_DOCUMENT_TOKEN_TO_BE_REPLACED

KANSAS CITY, MO (KCTV/AP) — All restrictions meant to slow the spread of the coronavirus were being rescinded as of midday Friday in Kansas City, Missouri, following guidance from the U.S. Centers for … END_OF_DOCUMENT_TOKEN_TO_BE_REPLACED