The window to making the USA women’s gymnastics team that will travel to Tokyo for the Olympics has a slight opening. But two gymnasts who train in Blue Springs have targeted the Olympic trials in St. Louis in less than three weeks as their chance to seize that opportunity.

Kara Eaker, who is from Grain Valley, and Leanne Wong, of Overland Park, both 18 and training at Great American Gymnastics Express (GAGE) in Blue Springs were officially listed by USA Gymnastics to compete in the trials after the conclusion of the U.S. Championships in Fort Worth. Sixteen others, including seven-time national champion Simone Biles, will join them.

The upcoming trials in St. Louis could place tremendous pressure on Eaker and Wong to wow the judges. But Fong believes they’re prepared.

“They’ve just got to do their job,” says Al Fong, the GAGE owner and their coach. “When you look at the groupings, the scoring is so tight. From the top eight gymnasts, it’s really tight.”

Biles, in her own stratosphere, is clearly at the top. The gymnasts who finish first and second at the trials lock up a trip to Tokyo. But, beyond the top two finishers, it’s up to a selection committee to name the four other gymnasts who will round out the USA squad.

Sunisa Lee and Jordan Chiles, who placed second and third respectively at the U.S. Championships, have positioned themselves to be strong contenders included along with Biles on the American team. That leaves just one All-Around spot up for grabs and only one for a specialist since Jade Carey mathematically qualified for the USA team last year.

Leanne Wong, a recent graduate of Blue Valley High School, finished fifth in All-Around at the 2021 U.S. Championships in Fort Worth, Texas.

Carey finished sixth at the U.S. championships, one spot behind Wong, who also finished fifth in All-Around two years ago when the championships were in Kansas City.

“It gives me a lot of confidence knowing I’m up there with the top (contenders), but I know I can do a lot better,” said Wong.

Eaker was named to compete at trials after a tenth-place finish in All-Around at the national championships. “I was really nervous at first. I really wanted to make it,” she said after the competition. “Now it’s a weight lifted off my shoulders.”

There were no national championships last year because of COVID-19, which threw off everyone’s schedule. But Fong believes there were some underlying benefits. 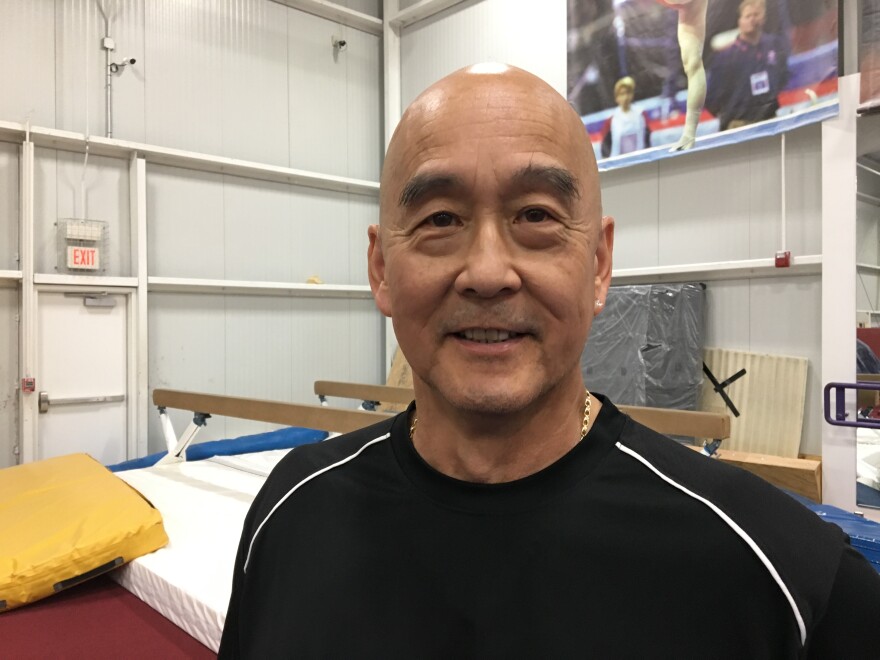 Al Fong is the owner of the GAGE Center in Blue Springs where gymnasts Kara Eaker and Leanne Wong train. Fong is also their coach.

“To be honest with you, it actually helped us a little bit more because we weren’t quite as ready as we are now,” he says.

When asked if the GAGE gymnasts are healthy, Fong replied, “Absolutely.”

In a since-deleted tweet responding to a question about a potential contract extension for Kansas City Chiefs safety Tyrann Mathieu, Mathieu tweeted that he's "probably not" going to get a new deal in … END_OF_DOCUMENT_TOKEN_TO_BE_REPLACED

KANSAS CITY, Mo. — A manhole left uncovered is the source of concern after a woman damaged her car in Kansas City. The single-car crash happened at 11th Street and Tracy Avenue during the busy … END_OF_DOCUMENT_TOKEN_TO_BE_REPLACED

Kansas City, Missouri's COVID-19 emergency order was set to expire at the end of the month. But Mayor Quinton Lucas made it clear Friday that private businesses can still set their own rules.Any … END_OF_DOCUMENT_TOKEN_TO_BE_REPLACED

KANSAS CITY, MO (KCTV/AP) — All restrictions meant to slow the spread of the coronavirus were being rescinded as of midday Friday in Kansas City, Missouri, following guidance from the U.S. Centers for … END_OF_DOCUMENT_TOKEN_TO_BE_REPLACED