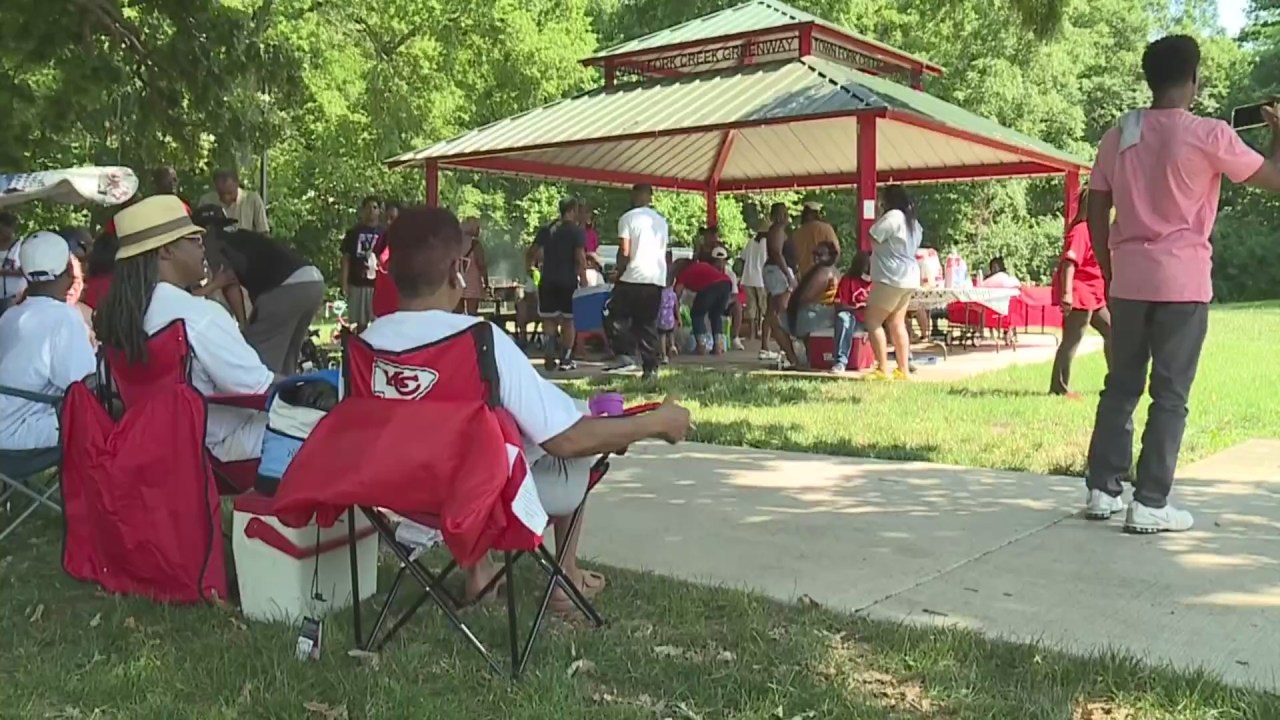 KANSAS CITY, Mo. — It’s been years since Gloria Smith and her siblings stepped foot on a softball field. Playing ball at Town Fork Creek Park was a tradition she and her family did every Sunday.

“Neighbors came from both ends,” Smith said. “They came from the north, the east, the west and the south. Back in the day we probably had two to 300 people right here.”

The tradition was lost, but now it’s back and batting cleanup.

“We played over three decades almost 30 to 40 years here and I would like to see it continue,” Smith said.

The family made a pitch to adopt the park through KC Parks and Recreation Partners in Park Program.

They’re responsible for maintaining the park and are the first Black family to do it.

“Normally our parks are adopted by a neighborhood association or a company, but this is an example of how also families can step in and just love on their parks,” Kelly Jander, resident engagement with the parks department said.

To celebrate the comeback, pictures of loved ones were placed in the stands and on the field to represent each position they played back in the day.

After the game, the day ended with a cookout, music and lots of laughter and fun.

“We hope we can get this thing going where it can be something really good for the future,” Percy Smith, family member said.

Being a part of the park’s cleanup is a home run for the family and a way to honor those who are no longer with them.

“I’m just so glad to see the people that came from out of town and everywhere,” Ernestine Smith said.

“This right here sends a message out to other families about how important it is to stay united and be together,” Juleus Burnett, family friend said.

The family said they’re going to keep the tradition alive and play ball every Sunday like they used to.

In a since-deleted tweet responding to a question about a potential contract extension for Kansas City Chiefs safety Tyrann Mathieu, Mathieu tweeted that he's "probably not" going to get a new deal in … END_OF_DOCUMENT_TOKEN_TO_BE_REPLACED

KANSAS CITY, Mo. — A manhole left uncovered is the source of concern after a woman damaged her car in Kansas City. The single-car crash happened at 11th Street and Tracy Avenue during the busy … END_OF_DOCUMENT_TOKEN_TO_BE_REPLACED

Kansas City, Missouri's COVID-19 emergency order was set to expire at the end of the month. But Mayor Quinton Lucas made it clear Friday that private businesses can still set their own rules.Any … END_OF_DOCUMENT_TOKEN_TO_BE_REPLACED

KANSAS CITY, MO (KCTV/AP) — All restrictions meant to slow the spread of the coronavirus were being rescinded as of midday Friday in Kansas City, Missouri, following guidance from the U.S. Centers for … END_OF_DOCUMENT_TOKEN_TO_BE_REPLACED