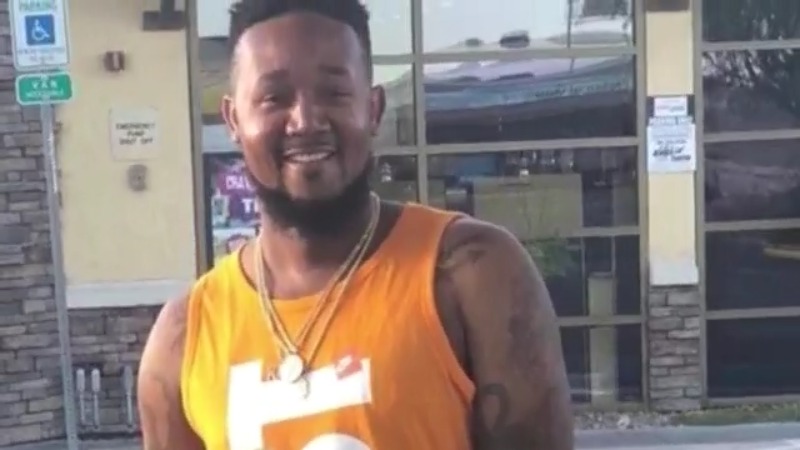 KANSAS CITY, Mo. – A metro father is pushing for stricter punishments for reckless and impaired driving.

It comes after his son, 30-year-old Kevin Daniels, a father of 8, was killed in a fiery wrong-way crash in March.

The crash was so severe, the vehicles were on fire and stuck together. Daniels was later found in the compartment of the other truck after the fires were extinguished.

“This is one of his birthday gifts that I’m going to give him. This is how I’m going to celebrate him. Try to get this criteria, the Kevin Daniels Bill, passed,” said Kevin’s father, Desmond Daniels.

But the birthday gifts are no longer physical after losing his son. Daniels said he’s pulling strength from his ancestors to get justice for his son and families who will follow.

Joseph Cook, 34, faces a charge of DWI resulting in death and could be sentenced up to 15 years in prison. Investigators say a toxicology report showed a blood alcohol level more than three times the legal limit.

“At this moment, the highest felony you can get for driving under the influence with a death, it’s still 5 to 15 years. My grandchildren ain’t going never see him (Kevin),” Daniels said. “We got to figure out some type of way to make it fair, and I know I’m not just law and order, pound the fist, a life for a life. I mean, my son’s not here, and I’m not going to ever see him.”

The bill, to be named after his son, will include tougher DUI penalties, including a $50,000 minimum bond and increased bond amounts when breathalyzers are refused and, overall, a longer sentencing period.

Laws and the amount of prison time a drunk driver who kills an innocent person receives vary by state. In Missouri, the statute is anywhere between 0-15 years.

Drunk driving is also the leading case of death on American roadways, according to National Highway Traffic Safety Administration.

“Drinking and driving is 100% preventable. There are other resources and ways to get around that will not hurt other people,” said Mothers Against Drunk Driving victim service specialist Xavier Salas.

Salas said their organization knows firsthand the impacts of drunk driving. They help countless of families in the metro through court process yearly.

“I lost a sister in 1990 on Blue Parkway over there near LC’s. It was from reckless driving. Because they were juveniles, they just got a slap on the wrist. A year or two in juvenile hall, and that was it,” Michelle Hatasawa said.

Hatasawa said she supports the proposed bill and need for stiffer laws.

“You don’t think about it until it affects you. When it affects me, I was getting an outpouring of calls and different families that were being torn apart,” Daniels said “I don’t know if it’s going to benefit me and my case, but if it can benefit other people cases, that will be good.”

The bill is currently being drafted. Daniels said he’s working with Missouri state senators and hopes it will be introduced during the next legislative session.

In a since-deleted tweet responding to a question about a potential contract extension for Kansas City Chiefs safety Tyrann Mathieu, Mathieu tweeted that he's "probably not" going to get a new deal in … END_OF_DOCUMENT_TOKEN_TO_BE_REPLACED

KANSAS CITY, Mo. — A manhole left uncovered is the source of concern after a woman damaged her car in Kansas City. The single-car crash happened at 11th Street and Tracy Avenue during the busy … END_OF_DOCUMENT_TOKEN_TO_BE_REPLACED

Kansas City, Missouri's COVID-19 emergency order was set to expire at the end of the month. But Mayor Quinton Lucas made it clear Friday that private businesses can still set their own rules.Any … END_OF_DOCUMENT_TOKEN_TO_BE_REPLACED

KANSAS CITY, MO (KCTV/AP) — All restrictions meant to slow the spread of the coronavirus were being rescinded as of midday Friday in Kansas City, Missouri, following guidance from the U.S. Centers for … END_OF_DOCUMENT_TOKEN_TO_BE_REPLACED