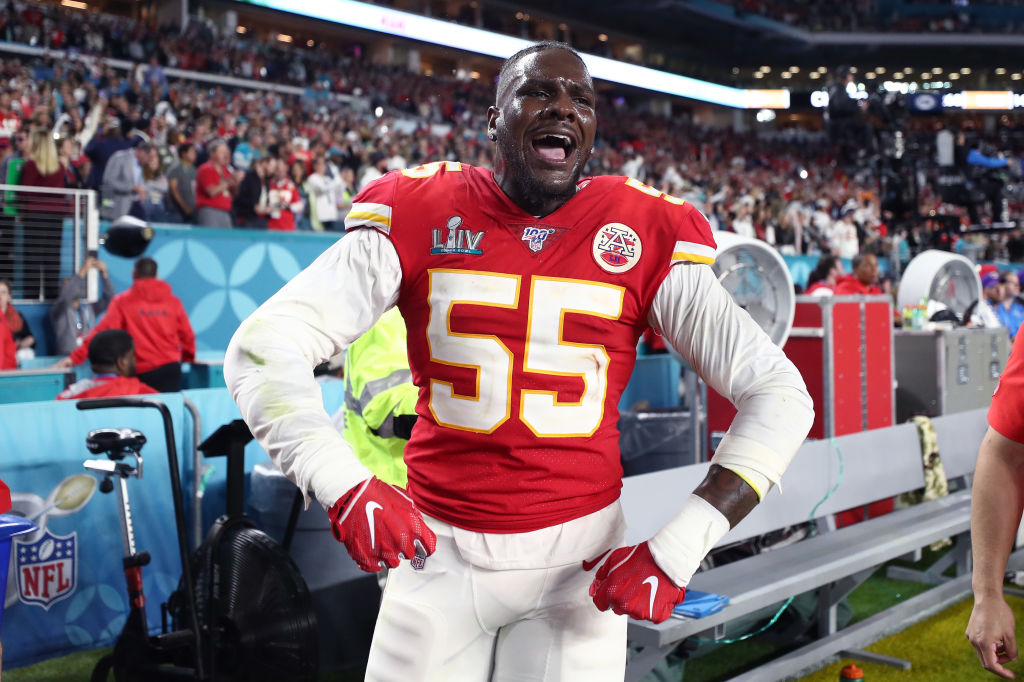 A Los Angeles Police spokesperson confirmed to FOX4 that officers pulled the Chiefs defensive end over for a vehicle code violation when they noticed a gun in his bag. TMZ reports Clark had an “uzi” submachine gun in the bag.

The 28-year-old was arrested on suspicion of having a concealed firearm in a vehicle, a felony, LA police told FOX4.

Jail records say Clark was arrested at 9:20 p.m. Pacific time Sunday and then booked into the LA County jail just before 9:30 a.m. Monday.

FOX4 reached out to the Chiefs for comment. A team representative said they are aware of the incident, but they have nothing to share right now.

The Chiefs traded for Clark in 2019 to bolster their pass rush, and he’s accounted for 14 regular season sacks and eight postseason sacks in two Pro Bowl seasons with Kansas City.

But this isn’t the first time Clark has had some legal trouble. Clark was kicked off his college team at Michigan in 2014 after he was charged with domestic abuse. His charge was later pleaded down to misdemeanor disorderly conduct.

This is a developing story. FOX4 will update as we learn more.

In a since-deleted tweet responding to a question about a potential contract extension for Kansas City Chiefs safety Tyrann Mathieu, Mathieu tweeted that he's "probably not" going to get a new deal in … END_OF_DOCUMENT_TOKEN_TO_BE_REPLACED

KANSAS CITY, Mo. — A manhole left uncovered is the source of concern after a woman damaged her car in Kansas City. The single-car crash happened at 11th Street and Tracy Avenue during the busy … END_OF_DOCUMENT_TOKEN_TO_BE_REPLACED

Kansas City, Missouri's COVID-19 emergency order was set to expire at the end of the month. But Mayor Quinton Lucas made it clear Friday that private businesses can still set their own rules.Any … END_OF_DOCUMENT_TOKEN_TO_BE_REPLACED

KANSAS CITY, MO (KCTV/AP) — All restrictions meant to slow the spread of the coronavirus were being rescinded as of midday Friday in Kansas City, Missouri, following guidance from the U.S. Centers for … END_OF_DOCUMENT_TOKEN_TO_BE_REPLACED