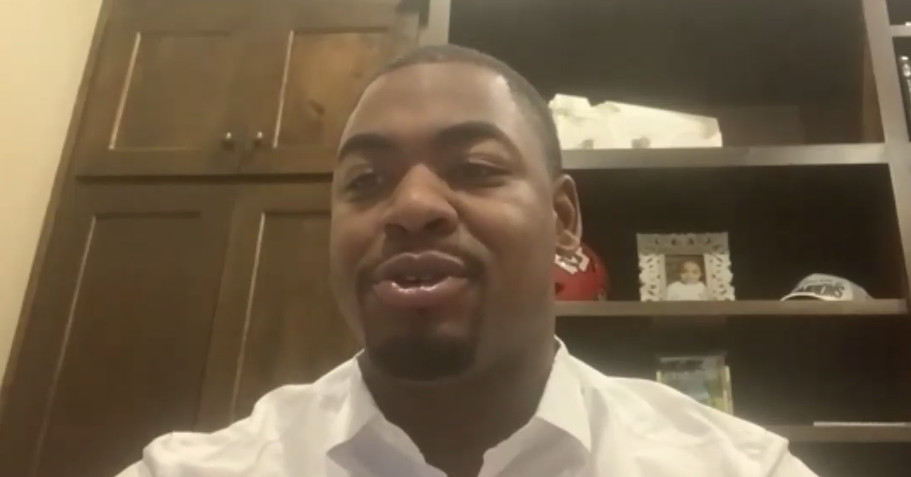 We’re at the YMCA in Kansas City as #Chiefs DT Chris Jones officially announces the formation of the Sack Nation Foundation, which will improve the health and well being of young people in underserved communities. pic.twitter.com/p8IuViBaD7

The foundation’s mission statement is simple: improve the health and well-being of young people in underserved communities. Growing up in Houston, Mississippi, Jones fully understands the impact he can have through his newfound effort.

“It resonates a lot,” Jones said as he discussed his past. “I was actually one of those kids in a poverty community — that I wasn’t able to play sports early on in my early age because of financial standpoint. For a guy like [Chiefs director of college scouting] Ryne Nutt to take a chance on a kid from Houston, Mississippi, and give me an opportunity to play in the NFL and live out my dream, that’s huge, and it resonates with me not only in this situation but throughout my life in how I approach the game and how I go about it myself.”

Jones’ and the Sack Nation Foundation’s initial donation is to the YMCA of Greater Kansas City. The gift will provide flag football opportunities for 300 children and their siblings in the Kansas City area.

“Kansas City embraced me like family,” Jones, who was taken with the Chiefs’ top pick in 2016, explained. “You know — a kid from Houston, Mississippi, who had three sacks… it’s not much to embrace right there, but Kansas City embraced me like family. They welcomed me with open arms. They took a chance on me, man. They took a chance. This city took a chance on me, and I’m just trying to make the best of it. It’s always been my goal to give back. It’s always been a part of me to give back, and they put me in a position to reach the opportunity to give back to others, and I’m just trying to fulfill that.”

Chiefs president Mark Donovan and general manager Brett Veach participated in the press conference by speaking about Jones in his foundation launch video.

“I think the most important thing people need to know about Chris Jones is he’s much more than that effusive, energy-giving player that you see on the sidelines and on the field,” stated Donovan. “He’s a guy who cares. From the moment he got to Kansas City, he was invested in Kansas City, and he does it through supporting his teammates, he does it through things he does on his own. He’s a really, really important part of not only our team, but our community. It’s something that is really inspiring to watch. In some cases, it’s just putting a smile on someone’s face to make their day a little bit better. In some cases, it’s providing life-saving food, clothing, backpacks — things that get them through another week — and I think that’s the most important part.”

“Chris brings a lot of energy and passion in everything he does, so certainly, anything off the field that Chris gets behind, he’s going to bring that same energy, passion and the desire to succeed, just like he does on game day,” said Veach. “In Chris’ position, a player that has accomplished so much, I think it just shows the type of character and type of person he is to really want to work with kids and provide that spark and that motivation to improve their lives.”

Jones said that the foundation will host events primarily at three locations — in Kansas City, up at Chiefs training camp in St. Joseph and in his hometown of Houston.

Last offseason, the Chiefs franchise-tagged Jones, and his future as a Kansas City Chief became quite unclear. Kansas City later committed to Jones in the long term, signing him to a new four-year contract.

On the day of this year’s franchise contract window opening, Jones made a commitment back to the city.

“I think it gave me a sense of security,” Jones said as he thought back to last summer, “to know that I would be in Kansas City for the next four years of my career. To be able to establish my foundation within Kansas City, the team that drafted me, that’s major for me.

“I’ve always wanted to stay in Kansas City. I never wanted to branch out. I plan to spend the rest of my career here, and I plan to do more big things in the community.”

In a since-deleted tweet responding to a question about a potential contract extension for Kansas City Chiefs safety Tyrann Mathieu, Mathieu tweeted that he's "probably not" going to get a new deal in … END_OF_DOCUMENT_TOKEN_TO_BE_REPLACED

KANSAS CITY, Mo. — A manhole left uncovered is the source of concern after a woman damaged her car in Kansas City. The single-car crash happened at 11th Street and Tracy Avenue during the busy … END_OF_DOCUMENT_TOKEN_TO_BE_REPLACED

Kansas City, Missouri's COVID-19 emergency order was set to expire at the end of the month. But Mayor Quinton Lucas made it clear Friday that private businesses can still set their own rules.Any … END_OF_DOCUMENT_TOKEN_TO_BE_REPLACED

KANSAS CITY, MO (KCTV/AP) — All restrictions meant to slow the spread of the coronavirus were being rescinded as of midday Friday in Kansas City, Missouri, following guidance from the U.S. Centers for … END_OF_DOCUMENT_TOKEN_TO_BE_REPLACED