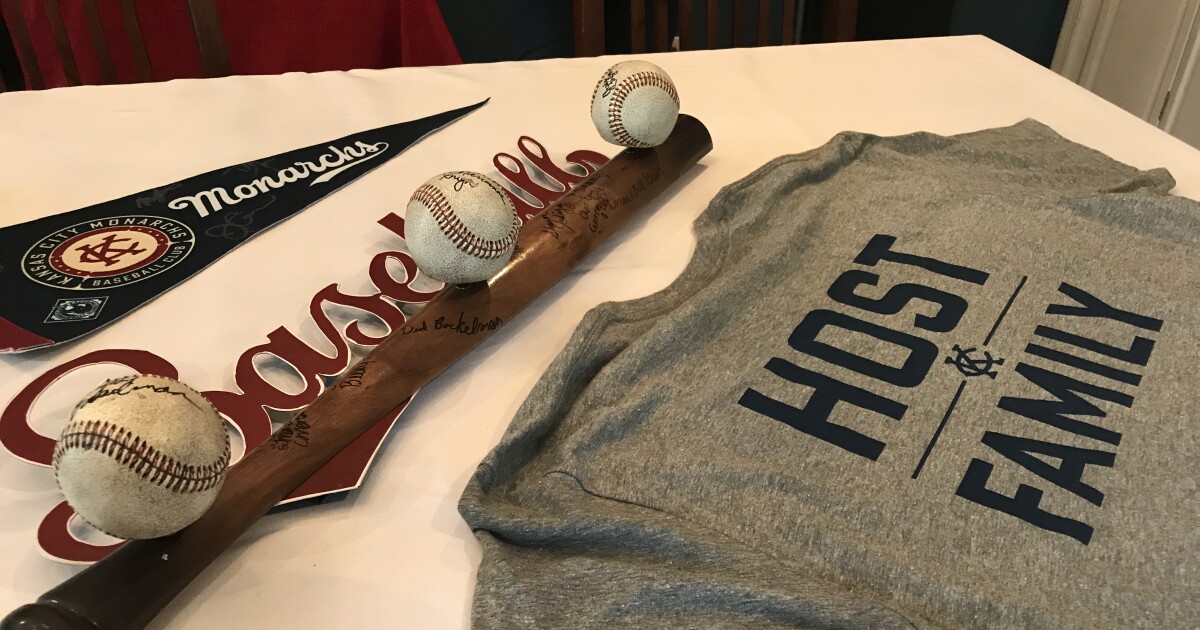 She and others open their homes to players who need a place to stay during the season from roughly May to September. She’s done it for about nine years, dating back to when the Monarchs were the T-Bones.

“Requirements are to have a room, a safe, soft space for them to fall at the end of the day when they’ve played a game,” Reitmeyer said.

Players for the new team based at Legends Field in Kansas City, Kansas, play in an independent league called the American Association of Professional Baseball. Most of the players are from outside the Kansas City area and only live in town for five months or less during the season.

“The last thing you want to be stressing about is a lease because a lot of apartments don’t offer short-term leases,” said Monarchs pitcher Akeem Bostick, who is living with Reitmeyer during the season.

Plus, at any moment, a Major League Baseball team could buy a player like Bostick’s contract forcing him to move again on short notice. He’s thankful for Reitmeyer’s generosity.

“What she’s doing is really great for guys like me,” the pitcher said.

Reitmeyer is always looking for families interested in hosting players. Those interested in learning more can call the team’s office at 913-328-5618 or email info@monarchsbaseball.com.

In a since-deleted tweet responding to a question about a potential contract extension for Kansas City Chiefs safety Tyrann Mathieu, Mathieu tweeted that he's "probably not" going to get a new deal in … END_OF_DOCUMENT_TOKEN_TO_BE_REPLACED

KANSAS CITY, Mo. — A manhole left uncovered is the source of concern after a woman damaged her car in Kansas City. The single-car crash happened at 11th Street and Tracy Avenue during the busy … END_OF_DOCUMENT_TOKEN_TO_BE_REPLACED

Kansas City, Missouri's COVID-19 emergency order was set to expire at the end of the month. But Mayor Quinton Lucas made it clear Friday that private businesses can still set their own rules.Any … END_OF_DOCUMENT_TOKEN_TO_BE_REPLACED

KANSAS CITY, MO (KCTV/AP) — All restrictions meant to slow the spread of the coronavirus were being rescinded as of midday Friday in Kansas City, Missouri, following guidance from the U.S. Centers for … END_OF_DOCUMENT_TOKEN_TO_BE_REPLACED