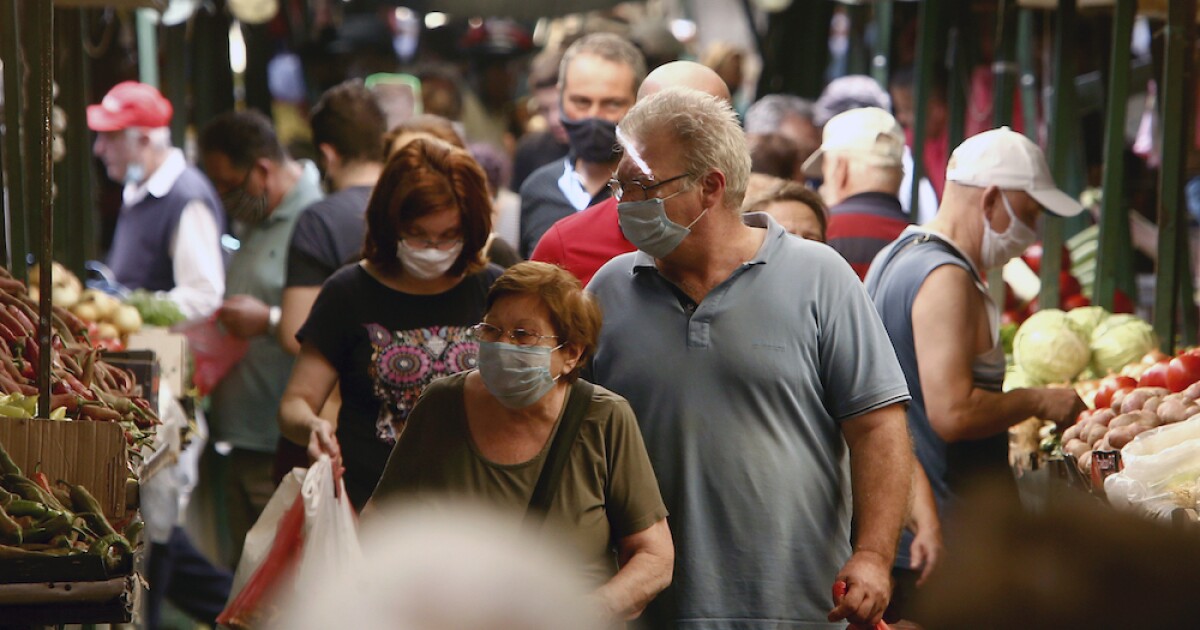 KANSAS CITY, Mo. — Since mask mandates have been rescinded, Kansas City-area businesses are now using the honor system when it comes to their customers wearing masks.

The Centers for Disease Control and Prevention announced last week that people who are fully vaccinated do not need to wear a mask outdoors or indoors, prompting local establishments to let customers decide for themselves.

Euston’s Hardware also has extended that choice to its employees.

“The risk has been there throughout the year,” Socha said, emphasizing people will make their own choices, even though he’ll have no idea if they’re vaccinated. “Vaccinations certainly do help. Just being smart about the whole thing. Wearing a mask when you should, when you feel comfortable.”

Both of Lulu’s Thai Noodle Shop locations enforced masks before counties mandated it last year, and they still are requiring employees to wear them.

“Just because we don’t know who’s coming in, who’s been vaccinated, who hasn’t been vaccinated,” Malisa Monyakula, owner of Lulu’s Thai Noodle Shop, said. “I don’t want to put my staff at risk by potentially getting COVID from a guest.”

Lulu’s also must leave the choice to their customers about whether to wear a mask.

However, both owners said they’ve noticed not a lot has changed from before.

“I’d say most of our customers are still wearing a mask, but there are a few that I think are relieved they don’t have to anymore,” Socha said.

The Greater Kansas City Restaurant Association told 41 Action News that many customers are deciding they’re not going to wear masks if they’re vaccinated, so more restaurants will likely have to relax their requirements.

In a since-deleted tweet responding to a question about a potential contract extension for Kansas City Chiefs safety Tyrann Mathieu, Mathieu tweeted that he's "probably not" going to get a new deal in … END_OF_DOCUMENT_TOKEN_TO_BE_REPLACED

KANSAS CITY, Mo. — A manhole left uncovered is the source of concern after a woman damaged her car in Kansas City. The single-car crash happened at 11th Street and Tracy Avenue during the busy … END_OF_DOCUMENT_TOKEN_TO_BE_REPLACED

Kansas City, Missouri's COVID-19 emergency order was set to expire at the end of the month. But Mayor Quinton Lucas made it clear Friday that private businesses can still set their own rules.Any … END_OF_DOCUMENT_TOKEN_TO_BE_REPLACED

KANSAS CITY, MO (KCTV/AP) — All restrictions meant to slow the spread of the coronavirus were being rescinded as of midday Friday in Kansas City, Missouri, following guidance from the U.S. Centers for … END_OF_DOCUMENT_TOKEN_TO_BE_REPLACED