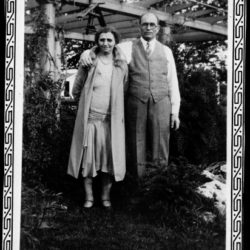 At the Johnson County Museum

This spring, the Johnson County Museum is doing something new with its largest artifact, the 1950s All-Electric House. From March 26th to May 1st, the dining room table is set for the Jewish Passover Seder (“order” in Hebrew), which revolves around food, rituals, singing and storytelling.

This temporary exhibit builds on a longstanding tradition of rotating objects that are displayed seasonally inside and outside the home, including a retro Christmas display that thousands enjoy each year. This is the first time Passover – or any other Jewish holiday – has been incorporated into the all-electric home.

The museum partnered with Johnson County’s B’nai Jehudah Congregation and the Klein Collection for the exhibition. This includes the Seder table setting inside as well as a special exhibition with three pieces from the small collection, which is on display directly in front of the All-Electric House. The Temple, Congregation B’nai Jehudah is one of the nation’s oldest Reform Jewish congregations. Founded in Kansas City in 1870, it is the oldest synagogue in the greater Kansas City area.

Johnson County Museum visitors often wonder who can and can’t live in a house like the All-Electric House. The answer is complicated. The neighborhood was built in 1954 in the Indian Fields subdivision of JC Nichols’ Prairie Village settlement and likely contained racially restrictive agreements. While there are stories in the community of Nichols forbidding Jewish families from living in its developments, records indicate that this was only true on the Missouri side and fairly early in Nichols’ career as a real estate developer – at least on paper.

While the entire Prairie Village was ruled by racially restrictive agreements that forbade black families from buying property there, Jewish families were not specifically banned, as was the case with the Kroh Brothers’ Leawood development. However, this did not mean that Jewish families were always greeted by their neighbors. The experiences varied in time and place, but some Jewish families found a cold welcome when they moved to the postwar suburbs of northeast Johnson County.

Of course, Jewish people lived in Kansas long before the post-war era. As early as 1877, Temple Ohev Sholom was holding services on the Missouri side in the West Bottoms, serving parishioners from both sides of the state line. After the 1903 flood, that community moved to Kansas City, Kan. In the 1920s, Johnson County’s first recorded Jewish residents came to Overland Park, including the Finkelstons who ran a business there and what is now the Ashners Mission, owned by Greenwood Dairy on 49th Street and Lamar Avenue. The Finkelstons reported intimidation from residents who did not want Jewish neighbors.

Although the majority of the area’s Jewish residents lived in Kansas City, Missouri, during the 19th and early 20th centuries, Jewish families, like their non-Jewish counterparts, flocked to Johnson County after World War II. In 1953, Paul Berman and 100 other Jewish businessmen founded the Meadowbrook Country Club at 91st Street and Nall Avenue (Meadowbrook Park now, part of Johnson County Park and Recreation District). At the time, only the Oakwood Country Club in Kansas City, Missouri permitted Jewish membership. Meadowbrook was an important center for Jewish life, drawing hundreds of members across the state line, many of whom bought homes near Prairie Village.

As the suburbs of Johnson County grew, so did the number of Jewish residents. Entire communities began moving across the state line from the 1960s, followed by the Jewish Community Center and Menorah Medical Center in the 1980s, as well as social and philanthropic organizations. The temple, Congregation B’nai Jehudah, moved to a new facility at 12320 Nall Avenue in Overland Park in 2000. In a 2007 report, it was estimated that of the Kansas City Metro’s Jewish population of approximately 20,000 residents, nearly 80 percent lived in Kansas, with the heaviest concentrations in Overland Park and neighboring Leawood and Prairie Village. Johnson County’s Jewish community today is historic, vibrant, and active. 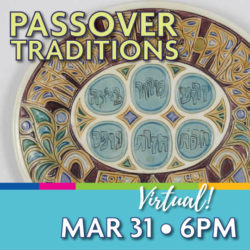 The exhibition in the fully electric house is open to the public from March 26th to May 1st, 2021. On March 31, the museum is offering a program entitled “Passover Traditions” with the curator of the small collection, Abby Magariel, and the Congregation B’nai Jehudah to Rabbi. This is a free virtual program, but attendees must pre-register to receive the program link. Call (913) 831-3359 or register here.

In a since-deleted tweet responding to a question about a potential contract extension for Kansas City Chiefs safety Tyrann Mathieu, Mathieu tweeted that he's "probably not" going to get a new deal in … END_OF_DOCUMENT_TOKEN_TO_BE_REPLACED

KANSAS CITY, Mo. — A manhole left uncovered is the source of concern after a woman damaged her car in Kansas City. The single-car crash happened at 11th Street and Tracy Avenue during the busy … END_OF_DOCUMENT_TOKEN_TO_BE_REPLACED

Kansas City, Missouri's COVID-19 emergency order was set to expire at the end of the month. But Mayor Quinton Lucas made it clear Friday that private businesses can still set their own rules.Any … END_OF_DOCUMENT_TOKEN_TO_BE_REPLACED

KANSAS CITY, MO (KCTV/AP) — All restrictions meant to slow the spread of the coronavirus were being rescinded as of midday Friday in Kansas City, Missouri, following guidance from the U.S. Centers for … END_OF_DOCUMENT_TOKEN_TO_BE_REPLACED