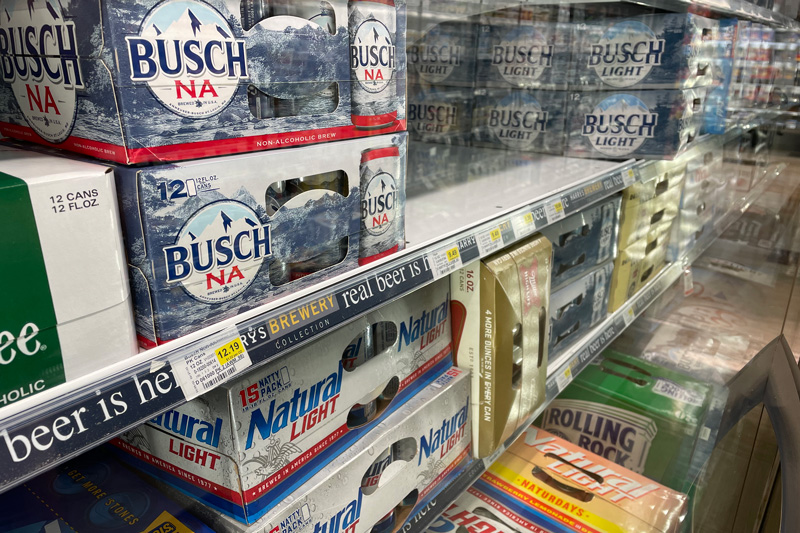 Cities around northeast Johnson County are beginning to change their laws to allow for the purchase of beer and other alcoholic beverages at an earlier time on Sundays.

The moves conforms with a law passed by the Kansas Legislature earlier this year and signed by Gov. Laura Kelly, House Bill 2137.

That law garnered attention this spring for permanently allowing the sale of cocktails to-go, which was allowed last year on a temporary basis during the pandemic.

But HB 2137 also allows for the sale of beer and alcoholic liquor to begin as early as 9 a.m. on Sundays. Previously, liquor license holders could not sell alcohol on Sundays until noon, a vestige of the state’s strict prohibition laws dating back to the 1800s.

There is a 60-day delay for local city rules to take effect. Here’s where northern Johnson County’s largest cities stand:

The Lenexa City Council earlier this month voted 7-0 to allow the law to go into effect within its boundaries.

The move came as part of the council’s consent agenda, and there was no discussion.

Prairie Village had been contacted by some liquor license holders in the city who are interested in the expanded hours, according to city officials.

Shawnee has not yet taken action on this law.

Stephen Powell, deputy city manager, said the city staff is still researching the implications of the new state law and plans to provide options for the Shawnee City Council sometime in July.

In a since-deleted tweet responding to a question about a potential contract extension for Kansas City Chiefs safety Tyrann Mathieu, Mathieu tweeted that he's "probably not" going to get a new deal in … END_OF_DOCUMENT_TOKEN_TO_BE_REPLACED

KANSAS CITY, Mo. — A manhole left uncovered is the source of concern after a woman damaged her car in Kansas City. The single-car crash happened at 11th Street and Tracy Avenue during the busy … END_OF_DOCUMENT_TOKEN_TO_BE_REPLACED

Kansas City, Missouri's COVID-19 emergency order was set to expire at the end of the month. But Mayor Quinton Lucas made it clear Friday that private businesses can still set their own rules.Any … END_OF_DOCUMENT_TOKEN_TO_BE_REPLACED

KANSAS CITY, MO (KCTV/AP) — All restrictions meant to slow the spread of the coronavirus were being rescinded as of midday Friday in Kansas City, Missouri, following guidance from the U.S. Centers for … END_OF_DOCUMENT_TOKEN_TO_BE_REPLACED