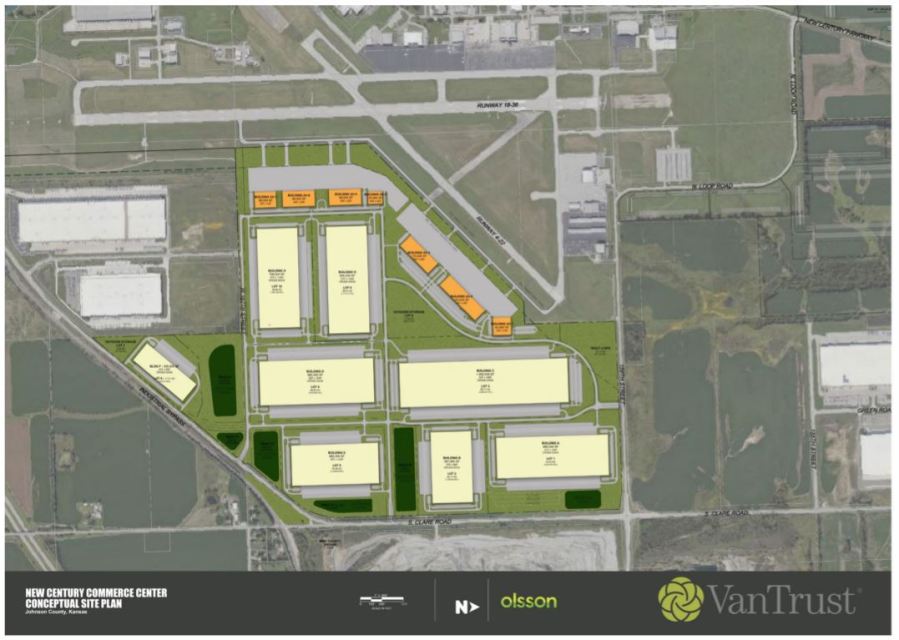 On Thursday, the Johnson County Board of Commissioners (BOCC) voted 5-1 in favor rezoning 536 acres of land near 159th Street and Clare Road with only Commissioner Charlotte O’Hara voting against the proposal.

The developer also received approval for the preliminary development plan for the construction of the eastern portion of the commerce center.

The project would be built out in four phases. The total project area is approximately 850 acres, located to the north and the east of existing airport runways.

Once the entire project is complete, the development on the Johnson County-owned property would include the creation of warehouse, distribution and aviation facilities on land adjacent to the New Century AirCenter.

Pendley said there are future, long-range plans for an overpass to be built on Clare Road over the railroad tracks, but no immediate plans were included with this particular proposal.

Last year, the BOCC entered into a public-private partnership with VanTrust pursuant to the county’s request for proposal (RFP) for the Century Air Center Commercial and Industrial Property. According to county documents, the goal of the project is to create a revenue source for the Johnson County Airport Commission (JCAC) from lease payments on the developed property.

Per the county’s Master Development Agreement, in exchange of the issuance of Industrial Revenue Bonds (IRBs) and a tax abatement, the developer will make payments-in-lieu-of-taxes (PILOT). The PILOT program would require the developer to pay 30 cents per square foot of building per year with a set increase of 1.5% each year.

O’Hara said by subsidizing the project she feels the developer would not be contributing an appropriate amount of taxes.

“Our taxes continue to go up and up and up, and we continue to subsidize more and more developments,” she said. “This type of development is much closer to the scope of the original intent of IRBs (Industrial Revenue Bonds), but it’s just that we continually place more of a burden on the existing tax base and we are going to continue to do that.” 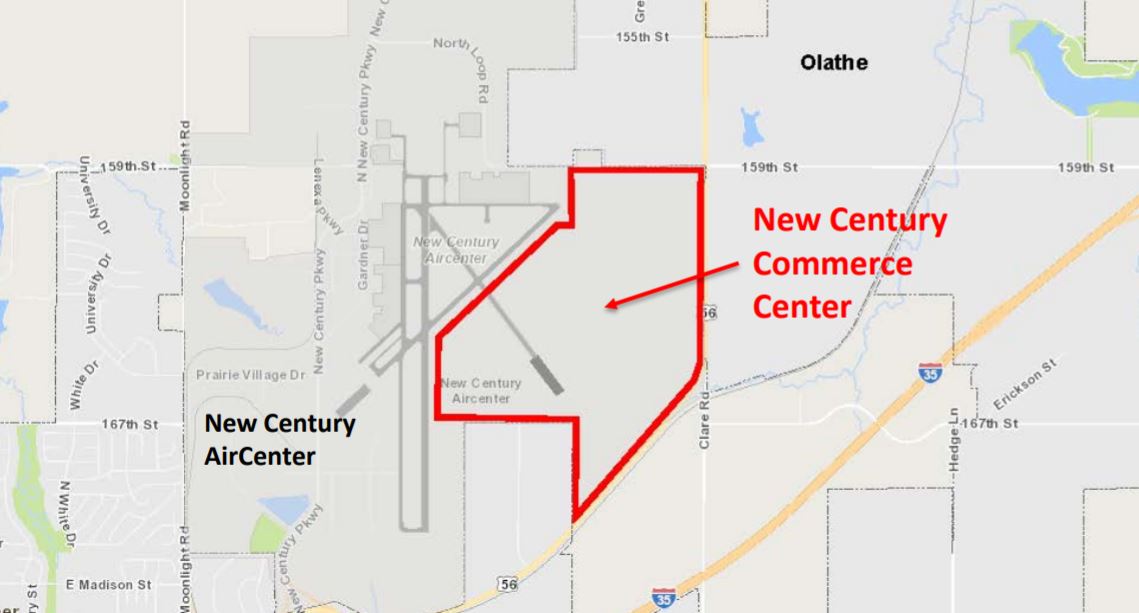 Commission Chair Ed Eilert said without the development, it could put a larger tax burden on the public to pay for services at the airport.

“There’s all kinds of revenue that is generated by a successful business development — whether it’s sales tax, whether it’s income tax and obviously property tax,” Eilert said. “At the end of 10 years, it will be fully taxable, and we’ve had many instances around the county where those have been successful. I have no doubt that this will also be successful.”

In a since-deleted tweet responding to a question about a potential contract extension for Kansas City Chiefs safety Tyrann Mathieu, Mathieu tweeted that he's "probably not" going to get a new deal in … END_OF_DOCUMENT_TOKEN_TO_BE_REPLACED

KANSAS CITY, Mo. — A manhole left uncovered is the source of concern after a woman damaged her car in Kansas City. The single-car crash happened at 11th Street and Tracy Avenue during the busy … END_OF_DOCUMENT_TOKEN_TO_BE_REPLACED

Kansas City, Missouri's COVID-19 emergency order was set to expire at the end of the month. But Mayor Quinton Lucas made it clear Friday that private businesses can still set their own rules.Any … END_OF_DOCUMENT_TOKEN_TO_BE_REPLACED

KANSAS CITY, MO (KCTV/AP) — All restrictions meant to slow the spread of the coronavirus were being rescinded as of midday Friday in Kansas City, Missouri, following guidance from the U.S. Centers for … END_OF_DOCUMENT_TOKEN_TO_BE_REPLACED