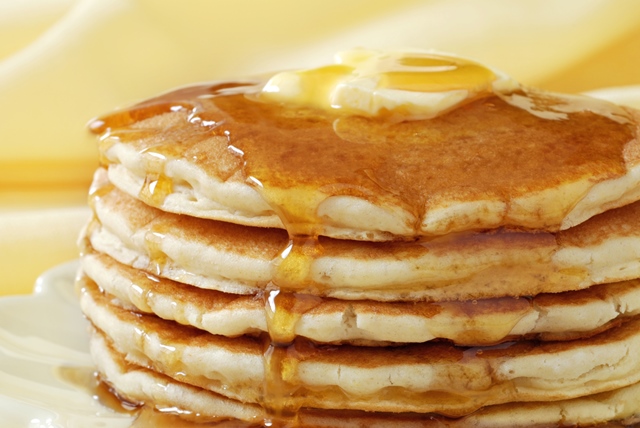 The grocery store chain served up 13,000 pancakes at it’s store in Blue Springs, Missouri to set a new Guinness World Records title for largest serving of pancakes. It took 18-Hy-Vee chefs 7 hours and 16 minutes to reach the goal.

An adjudicator from Guinness World Records was on-site during the event and certified Hy-Vee as the new record holder.

The event was planned to celebrate Hy-Vee’s new “Best Breakfast in America” menu, but none of the pancakes went to waste. They were all donated to Harvesters – The Community Food Network in Kansas City. Harvesters said it expected to feed about 6,500 people with the pancakes.

In a since-deleted tweet responding to a question about a potential contract extension for Kansas City Chiefs safety Tyrann Mathieu, Mathieu tweeted that he's "probably not" going to get a new deal in … END_OF_DOCUMENT_TOKEN_TO_BE_REPLACED

KANSAS CITY, Mo. — A manhole left uncovered is the source of concern after a woman damaged her car in Kansas City. The single-car crash happened at 11th Street and Tracy Avenue during the busy … END_OF_DOCUMENT_TOKEN_TO_BE_REPLACED

Kansas City, Missouri's COVID-19 emergency order was set to expire at the end of the month. But Mayor Quinton Lucas made it clear Friday that private businesses can still set their own rules.Any … END_OF_DOCUMENT_TOKEN_TO_BE_REPLACED

KANSAS CITY, MO (KCTV/AP) — All restrictions meant to slow the spread of the coronavirus were being rescinded as of midday Friday in Kansas City, Missouri, following guidance from the U.S. Centers for … END_OF_DOCUMENT_TOKEN_TO_BE_REPLACED