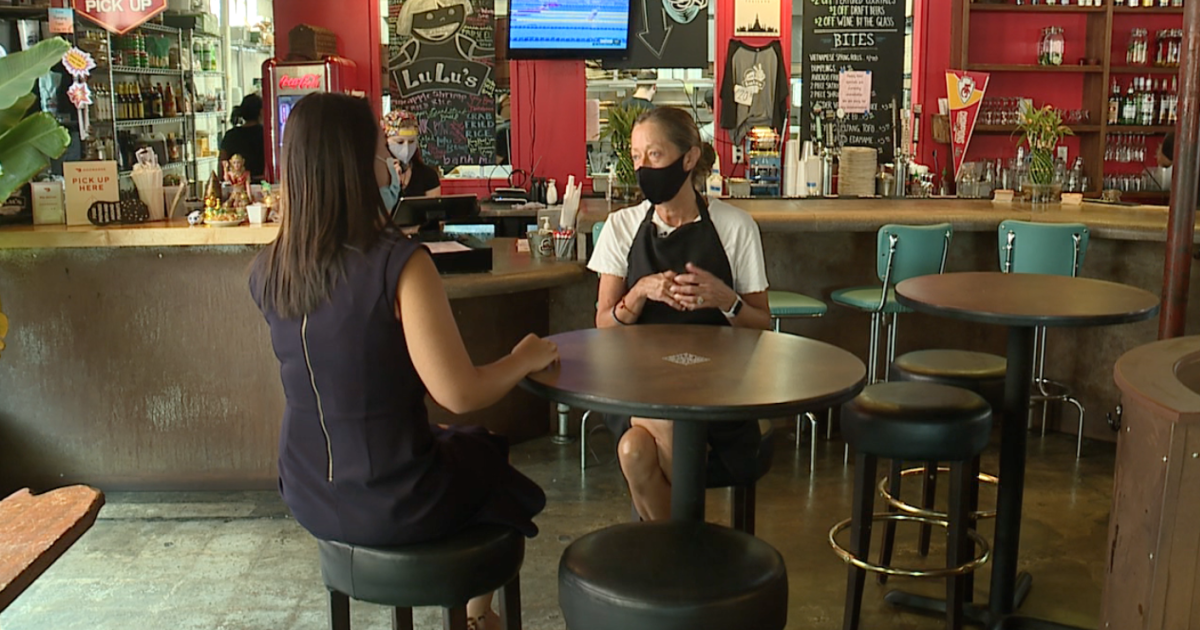 “I think we’re all a little bit disappointed, and I think it’s kind of a tough deal, because it feels like a step back,” said David Lopez, general manager of Manny’s Mexican Restaurant.

As the President of the Greater Kansas City Restaurant Association, Lopez understands the frustration that hundreds of local restaurant owners may feel following the mayor’s decision on Wednesday. He called the situation a “catch 22” and said it is a difficult conversation for many.

“I think as citizens, people are just kind of overwhelmed with the feeling of ‘What do I really believe?’ ‘What is occurring?’ ‘What is really happening?’ ‘Who do I really trust?’,” Lopez said.

While he said he believes people should have the freedom to make choices for themselves, he hopes seeing low vaccination and high hospitalization rates will help open their eyes.

“It does worry me a little bit, it really does. But I try to understand both sides of the issue,” Lopez said. “We’re asking for cooperation, we’re asking for understanding, let’s get through this together.”

Around 90% of his staff are fully vaccinated. While he is disappointed to hear about the returning mask mandate, he is thankful the guidelines are not restricting capacity or spacing. Staff and customers will be asked to mask up starting Monday.

A few blocks away in the Crossroads at Lulu’s Thai Noodle Shop, Owner Malisa Monyakula is feeling a sense of relief. She says having the support of the city makes her job a lot easier.

“So if I have guests that are angry because they have to put on a mask, I can just say ‘Well, I’m mandated by the city, so I have to follow the guidelines.’ That’s a lot easier for a business owner than to just say ‘It’s my personal preference that you wear a mask,'” Monyakula said.

She said her business has been cracking down on safety protocols all this time to help make customers like Caroline Thomas feel safe. Since the pandemic began, they have been frequently disinfecting their restaurant around the clock, checking employee temperatures and encouraging masks.

“I know people that are vaccinated that have gotten the delta variant,” Thomas said. “They don’t get super sick because they have the vaccine, but it doesn’t matter. We continue to have variants when people aren’t vaccinated and they are not wearing masks.”

Thomas is a local teacher and comes from a family of physicians. She also owns 9th & State, a bar in the West Bottoms, where she will be enforcing the mayor’s order.

“When you’re looking at the research and at what our medical professionals are saying — get vaccinated. This delta variant has breakthrough cases, and that’s just the way it is,” Thomas said.

As Monyakula approaches the 25th business anniversary of Lulu’s Thai Noodle Shop, she is worried about the potential of another shutdown.

“That’s really gonna have a huge economic impact, also, if businesses have to close for indoor service,” Monyakula said. “I just wonder if really all the people that are choosing not to get vaccinated, if they are willing to accept the responsibility of the, potentially, hundreds of thousands of more people that could die from the virus.”

In a since-deleted tweet responding to a question about a potential contract extension for Kansas City Chiefs safety Tyrann Mathieu, Mathieu tweeted that he's "probably not" going to get a new deal in … END_OF_DOCUMENT_TOKEN_TO_BE_REPLACED

KANSAS CITY, Mo. — A manhole left uncovered is the source of concern after a woman damaged her car in Kansas City. The single-car crash happened at 11th Street and Tracy Avenue during the busy … END_OF_DOCUMENT_TOKEN_TO_BE_REPLACED

Kansas City, Missouri's COVID-19 emergency order was set to expire at the end of the month. But Mayor Quinton Lucas made it clear Friday that private businesses can still set their own rules.Any … END_OF_DOCUMENT_TOKEN_TO_BE_REPLACED

KANSAS CITY, MO (KCTV/AP) — All restrictions meant to slow the spread of the coronavirus were being rescinded as of midday Friday in Kansas City, Missouri, following guidance from the U.S. Centers for … END_OF_DOCUMENT_TOKEN_TO_BE_REPLACED