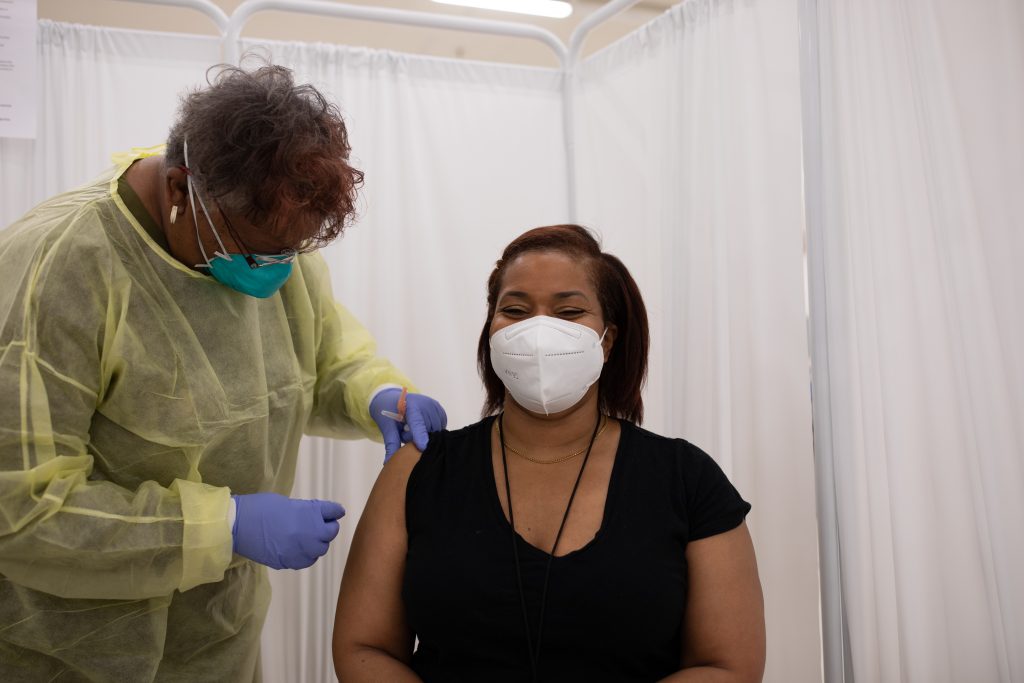 The devastation in Wyandotte County could have been so much worse.

When COVID-19 hit, the county suffered one of Kansas’ earliest and worst outbreaks at the Riverbend nursing home, where 36 people were dead and 132 patients and employees had tested positive by the end of May. This followed five deaths and 44 cases by mid-April, traceable to a minister’s conference three weeks earlier at the Miracle Temple Church of God in Christ.

Even before the arrival of this horrifying new virus, Wyandotte County had struggled for a decade to improve its worst-in-the-state health rankings, a reflection of how poverty, the physical environment, lack of access to clinical care and other systemic problems can be lethal for people whose health is already fragile. In a majority-minority county like Wyandotte, that means generations of people at higher risk.

Maybe it was because leaders in Wyandotte County had already been thinking about public health that they did something unusual when the pandemic hit: They followed doctors orders and poured money into public health.

“We knew it was going to hit our minority populations worst, and we took that very seriously from beginning,” says Juliann Van Liew, director of the county’s health department.

So Van Liew’s team also set up a health equity task force, inviting leaders who could advise them on how best to reach communities who had not traditionally been well-served by institutions like public health departments.

That wasn’t easy, says Randy Lopez, vice president of community programs with Wyandotte Health Foundation and one of the task force members.

“We came to the table understanding that we were all going to be honest with each other and with ourselves,” Lopez says. “We were going to touch on issues that would make people feel uncomfortable but were necessary if we wanted to face realities we were seeing in the pandemic, and proactively respond to Covid in a way that was equitable and just for all communities.”

Instead of just offering tests at the health department, he says, “we worked with community members and organizations to say, ‘What do we need to do to improve testing?’ And it was, ‘Hey let’s take the testing to where people are comfortable and have trust: churches, clinics, nonprofits in the area.”

Meanwhile, the county’s Unified Government floated the health department two installments of $500,000, which allowed Van Liew to buy testing supplies and hire two epidemiologists and a team of contact tracers.

And over the summer, when federal CARES Act money came in, county commissioners looked at the health department’s proposal and funded it: more than $12 million out of the $37 in federal funding that went to Wyandotte County.

Before the pandemic, Van Liew had 85 employees who were already busy doing the regular work of a county health department. The CARES Act money allowed them to staff up to about 150 people, including epidemiologists, contact tracers, clinical and administrative leaders for vaccination sites, nurses to administer the shots, data-entry people and communications specialists.

By the end of June, commissioners had also passed a county-wide mask order.

“Within three or four weeks of doing that, we saw a decrease in cases,” Van Liew says.

Nobody’s saying Wyandotte County’s numbers are great. As of Friday, the county had confirmed 17,150 total cases and 237 deaths in a county of just over 165,000 people.

“I feel like the health equity task force really did make an impact on the response to Covid across all communities, especially communities of color,” Lopez says. “I give them a ton of credit for the work they’ve been doing with the pandemic and how we responded as a community.”

But, crucially, the community also supported the health department.

“We have a local government and mayor who believe in science,” Van Liew says. “They knew needed a really strong public health response and they trusted us, that’s the only way we’ve been able to do what we needed to do.”

Now, Van Liew says, her team is working with researchers at the University of Kansas and others to ramp up similar community-based responses in Saline, Finney, Crawford, Douglas, Johnson, Lyon, Riley, Sedgwick and Seward counties.

Besides the death and general misery, one of the other tragedies of Covid has been hostility toward public health workers. But Van Liew hopes there might be a lesson.

“The thing that all of us in public health are worried about is when this pandemic is over, the focus is going to leave and public health will not only not be reinvested in but will be further decimated,” she says, noting that the state’s funding for public health departments hasn’t increased since 1992.

But that’s up to us.

The post How one Kansas county fought the pandemic by trusting science, listening to at-risk people and investing in public health appeared first on Kansas Reflector.

KANSAS CITY, Mo. — The environment, children and smoking are issues Vari Patel and three other teens from the Kansas City metro felt needed attention so people can live healthier lives. "And when … END_OF_DOCUMENT_TOKEN_TO_BE_REPLACED

KANSAS CITY, Mo. — Kansas City, Missouri, Mayor Quinton Lucas confirmed Monday not only that he’d been married earlier this month — but that he and his wife welcomed a baby boy, too. In a post to … END_OF_DOCUMENT_TOKEN_TO_BE_REPLACED

KANSAS CITY, Mo. — Kansas City, Missouri, leaders once again will look into renaming city streets in honor of Dr. Martin Luther King Jr. The city's Board of Parks and Recreation Commissioners will … END_OF_DOCUMENT_TOKEN_TO_BE_REPLACED