Streets get us from point A to point B. That’s a given.

But for one curiousKC reader, that’s not the whole story. The reader wanted to know how many streets in Kansas City, Missouri, are made of brick.

It didn’t take long for Kansas City’s street preservation team to dig up the data. Their findings?

“We have (nine) street segments identified as brick in our asset management system,” Maggie Green, a city media relations manager, wrote in an email.

Green even provided a screenshot from the street preservation team’s database, which revealed exactly where each brick street is:

Although our question-asker said the brick street on 30th Street in Union Hill looks new, the city’s preservation team said it’s not.

According to the city’s Parks and Recreation Department, one brick thoroughfare, Roanoke Boulevard, was designated a historic landmark in 1971.

The team was unsure how many of Kansas City’s streets were originally crafted with brick since many were paved over and replaced years ago. However, sometimes they make fun discoveries.

“We do find brick streets every so often while milling and resurfacing streets,” Green said. “It is a great base material if it is not disturbed while resurfacing.”

However, the history of brick roads in the area is rich, stretching to every corner of the Kansas City metro, on both sides of the state line. Its story, like the roads, began brick by brick.

The brick industry first began to take shape in the earlier part of the 19th century during the city’s initial construction boom, replacing what were once gravel and dirt roads. Bricks held up well against steel-rimmed wheels and horse hooves and they were also great to build robust, tall buildings. Bricks made good infrastructure sense.

“Brick streets were favored in the past because they slowed traffic and acted as natural drainage as the water ran through and not over them,” wrote Margaret Hays in The Miami County Republic.

According to a 1986 article in the Historic Kansas City Foundation Gazette, the material emerged “out of necessity.”

One of the first brick kilns was brought to the area by businessman Kersey Coates, which sparked a boom in production and popularity. 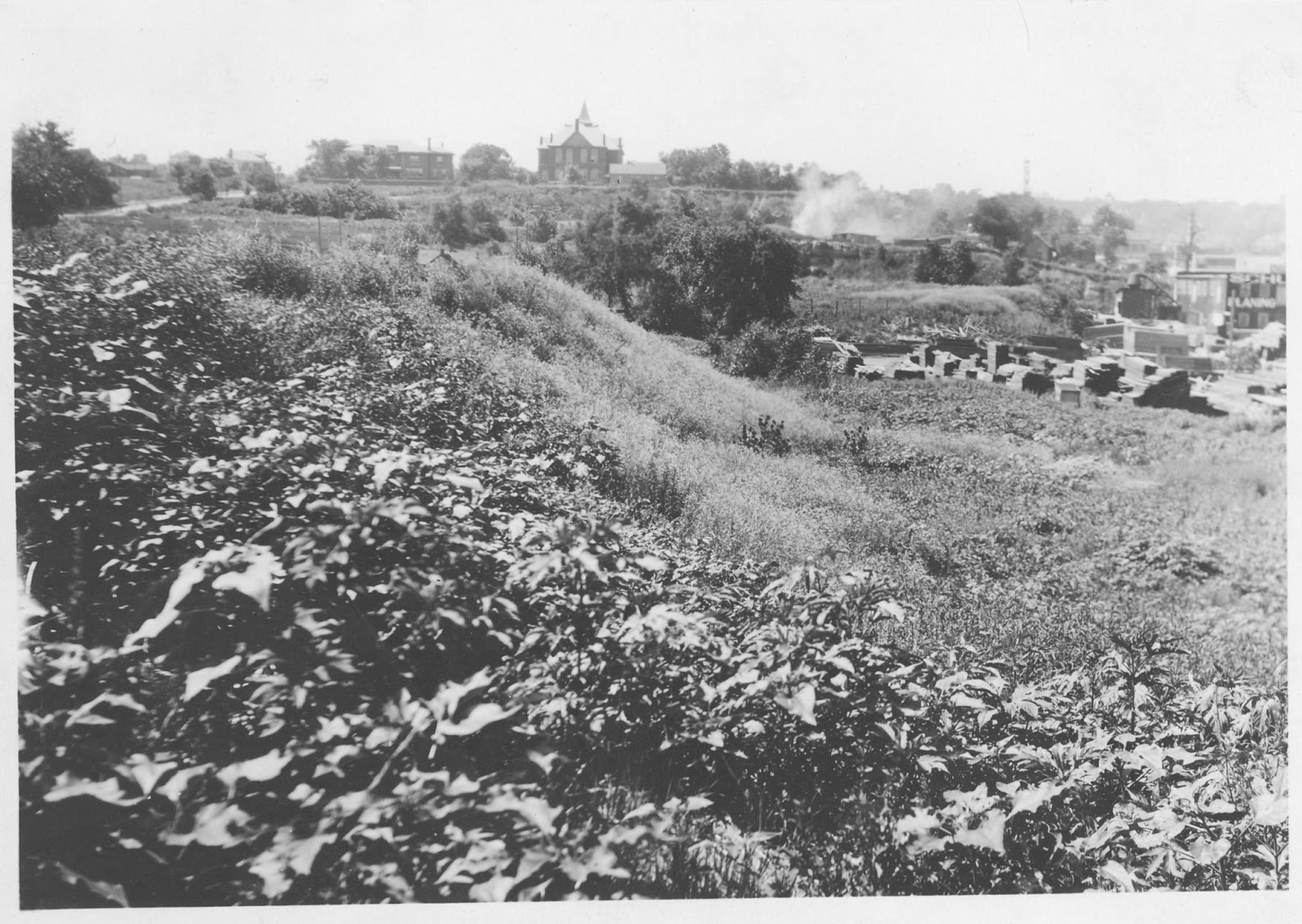 In 1890, two businessmen – John Moore of Atchison, Kansas, and Robert Nesch – started a brick manufacturing business, according to The Morning Sun.

Their product, typically stamped with the words “PITTSBURG VP&B BRICK CO.” or “NESCH,” spanned across the Kansas City metro. Just a handful of these companies would land the bulk of contracts for the city’s most popular streets.

“When Kansas City asked various companies seeking contracts to lay a block each before choosing a contractor, the Nesch plant opted in and was chosen to pave many miles of Kansas City streets. 50,000,000 bricks went into the K.C. Stockyards Company pavements,” according to an article by J.T. Knoll with The Morning Sun.

However, there’s something deeper to fired-up clay, molded into rectangular shapes that, once cobbled together, made thoroughfares easier to navigate.

Take for instance the Quindaro Overlook. According to a special Visit KC blog post, bricks told the story of migration and of, quite literally, building a new life in the Midwest.

“The remnants of stone-and-brick foundations are a signpost reminding us that more than a century ago, Quindaro was an important stop on the historic Underground Railroad — one of the first ports of entry for free soil immigrants,” the blog reads.

The story of bricklaid roads in Kansas City also unearths another story — one of the laborers whose imprints are at the core of the city’s landscape, even when they’re buried beneath asphalt.

One such story is the man deemed as the world’s champion bricklayer in 1925. James Garfield Cleveland Brown, who was a member of the Oneida Indian Nation, was responsible for laying Kansas City Road in Olathe and Metcalf Avenue in Overland Park – two of Johnson County’s main streets. 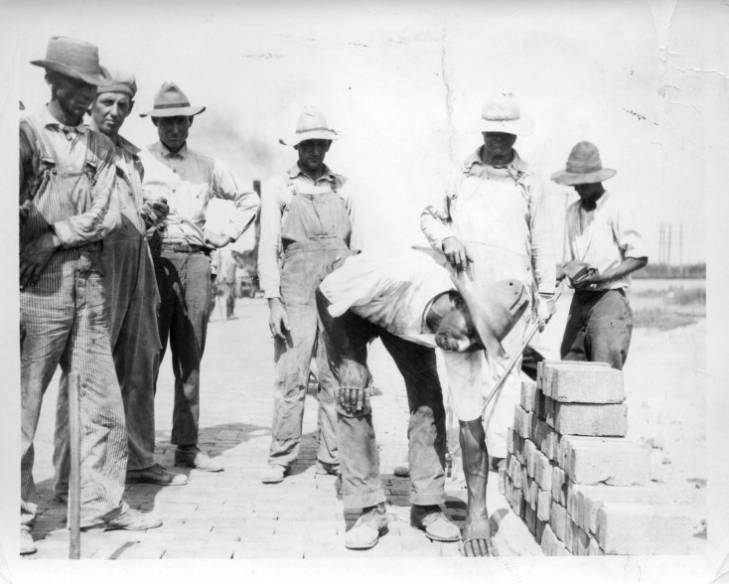 The Johnson County Museum has a record of Brown’s achievements in the infrastructure arena. The Kansas City Star’s coverage of the competitor’s strength echoes what has remained true for the brick roads that remain intact today:

“He has made an art of what other men have always regarded as drudging labor,” according to an article in The Star. “He believes he is the champion bricklayer of the world and is proud of the fact that when he ‘lays them, they stay laid.’ ”

In a since-deleted tweet responding to a question about a potential contract extension for Kansas City Chiefs safety Tyrann Mathieu, Mathieu tweeted that he's "probably not" going to get a new deal in … END_OF_DOCUMENT_TOKEN_TO_BE_REPLACED

KANSAS CITY, Mo. — A manhole left uncovered is the source of concern after a woman damaged her car in Kansas City. The single-car crash happened at 11th Street and Tracy Avenue during the busy … END_OF_DOCUMENT_TOKEN_TO_BE_REPLACED

Kansas City, Missouri's COVID-19 emergency order was set to expire at the end of the month. But Mayor Quinton Lucas made it clear Friday that private businesses can still set their own rules.Any … END_OF_DOCUMENT_TOKEN_TO_BE_REPLACED

KANSAS CITY, MO (KCTV/AP) — All restrictions meant to slow the spread of the coronavirus were being rescinded as of midday Friday in Kansas City, Missouri, following guidance from the U.S. Centers for … END_OF_DOCUMENT_TOKEN_TO_BE_REPLACED