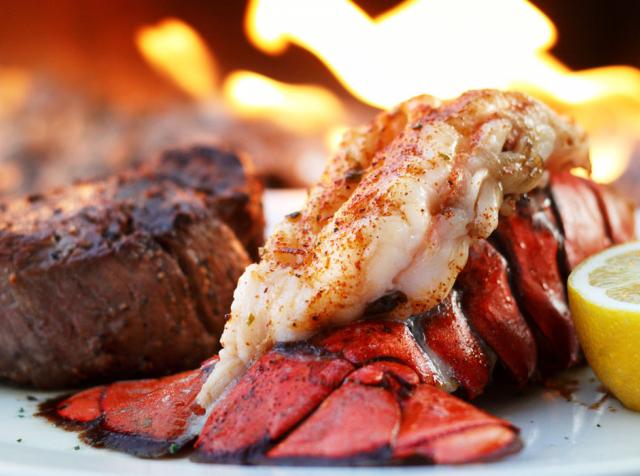 At the height of the coronavirus pandemic in March 2020, Cameron Mitchell Restaurants ceased operations and furloughed 4,500 employees. It was a low point unfathomable before COVID-19.

But today, the multi-concept group has recovered and is a leading model of how operators can attack and overcome a pandemic, as well as the buzzing labor shortage. The secret, CMR says, lies in its culture, which resulted in an estimated 50 percent retention rate for hourly employees.

Originally, founder Cameron Mitchell set out to create a restaurant company that was employee-driven, built by its people for its people, group president and COO David Miller says. Twenty-five years ago, when Miller joined, he did not foresee CMR growing to nearly 100 restaurants.

But when it comes to the past year, Miller is straightforward. In one word, getting through COVID was “horrible,” he says. However, the pandemic finally appears to be in the company’s rearview.

And the culture that distinguished CMR has held steady. Cameron Mitchell restaurants are closed for seven major holidays each year. As Miller says, how can he expect to spend holidays like the Fourth of July with family and friends and then expect others to work?

In essence, Miller says the restaurant group has fostered a “warm, genuine hospitality from the heart” that CMR is known for. When employees feel well-compensated and have an enjoyable work environment, they will do an extraordinary job, Miller adds. In fact, the restaurant group doesn’t even call workers employees.

“We call our employees ‘associates,’” Miller says. “We don’t call them employees; associates are your partner in business and employees are not.”

For six weeks during COVID, CMR shut down. Slowly, the company began to reopen and gifted employees with proceeds from gift cards and a $600,000 fund for groceries. The company also continued to pay insurance for employees who qualified.

“You imagine having heart challenges or going through cancer treatments or obviously, getting sick with COVID,” Miller says. “Not having insurance would have been horrible.”

One of the smartest things CMR did, Miller says, was to cease operations, as difficult as the call was to make. While the company could have attempted to stay open with a skeleton crew and carryout orders, if the group did, CMR might be in a far different situation.

“I think if we had kept it open that six-week period of time, we could have really bled our cash and hurt our ability to reopen the way we were opened,” Miller says. “What it enabled us to do is regroup and understand what we are dealing with.”

What started as a decision solely for safety reasons revealed itself to be the company’s right step forward. Carryout orders soared 400 percent, and managers were able to secure raises for both 2021 and 2020.

Even with an employee-first culture at its foundation, the labor shortage is the most challenging dynamic Miller has faced in his career. Still, for him, it comes down to perspective. He’d much rather deal with a hiring shortage than close down restaurants and put people on unemployment lines.

In a since-deleted tweet responding to a question about a potential contract extension for Kansas City Chiefs safety Tyrann Mathieu, Mathieu tweeted that he's "probably not" going to get a new deal in … END_OF_DOCUMENT_TOKEN_TO_BE_REPLACED

KANSAS CITY, Mo. — A manhole left uncovered is the source of concern after a woman damaged her car in Kansas City. The single-car crash happened at 11th Street and Tracy Avenue during the busy … END_OF_DOCUMENT_TOKEN_TO_BE_REPLACED

Kansas City, Missouri's COVID-19 emergency order was set to expire at the end of the month. But Mayor Quinton Lucas made it clear Friday that private businesses can still set their own rules.Any … END_OF_DOCUMENT_TOKEN_TO_BE_REPLACED

KANSAS CITY, MO (KCTV/AP) — All restrictions meant to slow the spread of the coronavirus were being rescinded as of midday Friday in Kansas City, Missouri, following guidance from the U.S. Centers for … END_OF_DOCUMENT_TOKEN_TO_BE_REPLACED