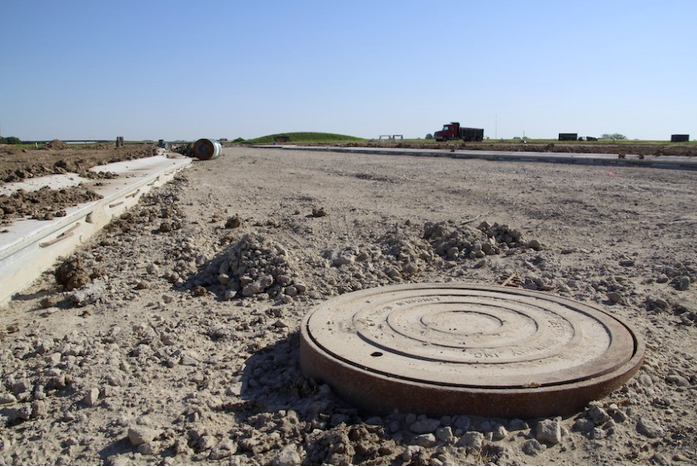 A for sale sign posted outside a home in Hays. David Condos / Kansas News Service

On the east edge of Hays, an empty sidewalk
flanked by dirt and gravel curls around a bend into the shape of a
cul-de-sac. Soon, it will lead to the front doors of three dozen new
homes — the first houses in Hays built to sell for $225,000 or less in
the past several years.

Doug Williams, who heads the local housing and economic development coalition Grow Hays,
expects the first homebuyers to move in by the end of this year. And in
his view, it’s not a moment too soon. Nor is it enough.

“We
have what I would deem an extreme undersupply of housing,” Williams
said. “And we’ve been fighting that for going on nine to 10 months now.”

In the space of one year from late 2019 to late 2020, Grow Hays’ housing report found that the number of homes for sale in the northwest Kansas town plummeted from 101 to 50. And it keeps dropping.

Fueled
by historically low mortgage rates and years of underbuilt housing
supply, the American housing market has become increasingly strained.
Nationwide, the housing deficit has grown more than 50% over the past
two years and now stands nearly 4 million homes short of estimated demand.

In
rural areas where lending, labor and materials are already harder to
come by, the housing crunch puts towns like Hays in a bind.

Population forecasts from Wichita State University estimate
that some western Kansas counties will lose more than 50% of their
residents over the next 50 years. And if a town like Hays hopes to avoid
that fate, Williams said finding ways to provide more quality,
affordable housing options should be the priority.

But the
town of roughly 21,000 people still has work left to do to reach that
goal. Williams said he routinely hears stories from real estate agents
about potential buyers who can’t get a bid in before a home has already
sold. If they do make an offer quickly enough, bidding wars often run
the price well above the asking price.

Several factors converged to
create the current strain on housing markets in rural areas. Robert
Dietz, chief economist with the National Association of Home Builders,
said that housing was underbuilt pretty much everywhere from 2012 to
2019.

“So when housing demand took off in 2020 and there wasn’t a lot of additional capacity,” Dietz said, “the price skyrocketed.”

Dietz
described the barriers that keep new homes from being built as “the
five Ls”: labor, land, lending, laws and lumber. He said that for rural
areas, finding land and friendly development laws usually aren’t a
problem. But the other three factors can be even more challenging for
small towns than big cities.

In rural markets, developers
often get financing to acquire land from smaller local lenders. Dietz
said those banks and mortgage companies have become more wary of taking
big risks since the Great Recession. So, the loans are harder to come by
and often have tighter lending conditions such as higher rates.

“The
financing component,” Dietz said, “is kind of a headwind, particularly
in smaller markets where you don’t have access to Wall Street.”

Shortages
of skilled construction workers also hamper rural markets. Dietz said
there’s a “geographic mismatch” that finds construction workers in
larger metropolitan areas when the greatest need for their skills falls
in outer suburbs and rural markets. And the lack of affordable housing
in those lower-density markets makes it even more difficult for those
workers to move there.

Finally, the recent jump in lumber
prices has eaten up much of the margin rural developers had left when
building affordable homes. Dietz said the 9% tariffs on lumber imported
from Canada are intended to make U.S. lumber more attractive to American
builders. But domestic lumber production hasn’t been able to make up
the shortfall, sending prices soaring.

“We don’t have enough of the raw materials,” Dietz said, “(and) lumber is the ultimate example of that right now.”

But
even amid shortages of financing, workers and materials, the housing
boom has rolled on. Dietz said markets are growing everywhere, but are
expanding especially quickly in outer suburbs and rural areas. He
attributes the trend largely to people working from home more.

To seize the moment, those outlying areas will be competing with each other to draw new residents with the best housing options.

“There’s
a race on right now between all communities in the United States,”
Dietz said, “(to see) what communities are able to add housing to their
local market.” 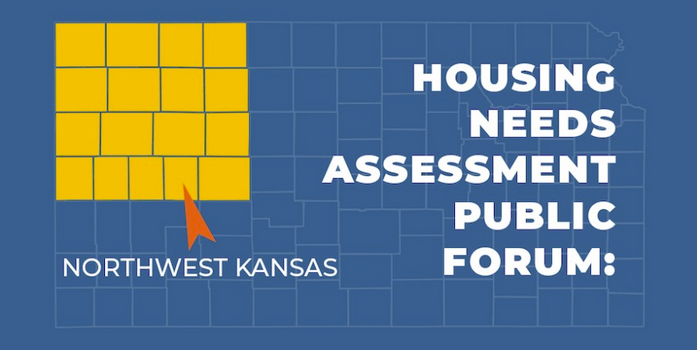 A graphic promoting the listening session in Colby that was part of the statewide housing needs assessment. Kansas Housing Resources Corporation’s Twitter

Kansas doesn’t have current, comprehensive data on its housing stock.

The
Kansas Housing Resources Corporation and the Kansas Office of Rural
Prosperity are compiling the state’s first housing needs assessment in
nearly 30 years, including an online survey and nine listening sessions across the state.

“Whether
we were meeting with folks in Wyandotte and Johnson County or in
southwest Kansas, we’re hearing a lot of the same themes over and over
again,” said Emily Sharp, a spokesperson for the housing group.

Those
themes include a lack of moderate-income and senior housing, an aging
housing stock and a shortage of skilled trade workers.

And
just because the home prices are generally lower in rural markets, that
doesn’t mean new houses cost less to build there — it’s often the
opposite. Sharp said that the logistics of transporting materials and
labor to remote places, paired with the lower wages in small towns, have
created a situation where building new affordable homes in rural areas
can ultimately be cost-prohibitive.

“We’re hearing about
situations where folks could maybe have a contract on a single-family
home that cost $200,000 to build,” Sharp said, “but it may only appraise
for $150,000.”

In Hays, the housing deficit is especially
stark in that very price range. It’s what Doug Williams of Grow Hays
described as the “sweet spot” — between $175,000 and $225,000 — where a
lot of first-time homebuyers and young families are looking.

He
hopes the new development being built on the town’s east side will help
fill that gap when it opens later this year. But after originally
committing to build some homes at the low end of that price range, the
developers have now told Williams that’s no longer financially feasible.

“They are saying they cannot build a $175,000 house in Hays right now,” Williams said, “because of the price of materials.”

David Condos covers western Kansas for High Plains Public Radio and the Kansas News Service. You can follow him on Twitter @davidcondos.

In a since-deleted tweet responding to a question about a potential contract extension for Kansas City Chiefs safety Tyrann Mathieu, Mathieu tweeted that he's "probably not" going to get a new deal in … END_OF_DOCUMENT_TOKEN_TO_BE_REPLACED

KANSAS CITY, Mo. — A manhole left uncovered is the source of concern after a woman damaged her car in Kansas City. The single-car crash happened at 11th Street and Tracy Avenue during the busy … END_OF_DOCUMENT_TOKEN_TO_BE_REPLACED

Kansas City, Missouri's COVID-19 emergency order was set to expire at the end of the month. But Mayor Quinton Lucas made it clear Friday that private businesses can still set their own rules.Any … END_OF_DOCUMENT_TOKEN_TO_BE_REPLACED

KANSAS CITY, MO (KCTV/AP) — All restrictions meant to slow the spread of the coronavirus were being rescinded as of midday Friday in Kansas City, Missouri, following guidance from the U.S. Centers for … END_OF_DOCUMENT_TOKEN_TO_BE_REPLACED