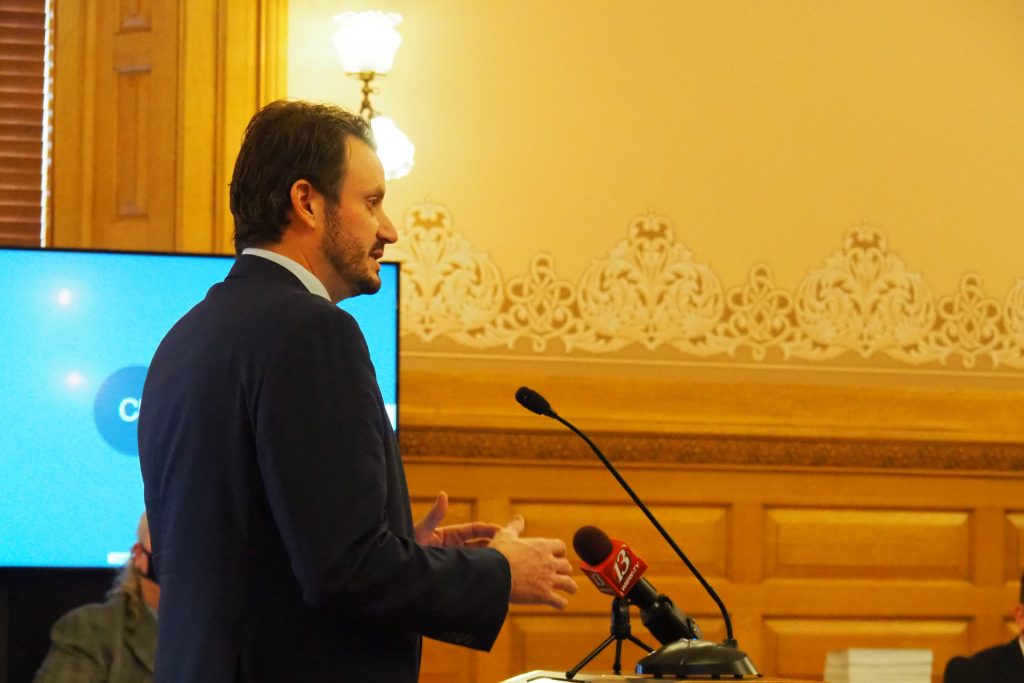 TOPEKA — Supporters of a House bill that would revamp the unemployment insurance system in Kansas say if changes are not made now, issues faced throughout the COVID-19 pandemic will resurface.

Since the pandemic began, the Kansas Department of Labor has been flooded by a historic number of unemployment claims. To make matters worse, the department — now on its fourth secretary in under a year — is struggling to resolve a growing number of fraudulent claims filed across the state.

A bill brought by several stakeholders in the state’s business community seeks to remedy the issues through a series of significant changes to department technology and employment security law.

The first step is establishing a panel to oversee the long-overdue rehabilitation of the labor department’s IT system. The Unemployment Compensation Modernization and Improvement Council would examine and recommend changes to the unemployment insurance system and the applicant claim process.

“I think everybody knows the issues surrounding the UI system today. Largely, those issues are driven from a significantly outdated system,” said Eric Stafford, a lobbyist for the Kansas Chamber of Commerce, adding that the council’s work would not end upon implementation. “You can’t just modernize a system and then stop it, leave it and not ever update it.”

Stafford and proponents of the bill spoke Tuesday before the House Committee on Commerce, Labor and Economic Development on the 71-page bill. The bill centers around the rehabbed IT system and council, although it also includes several changes that would ensure employer protection from fraudulent claims.

The council would consist of 11 members: two employee and two employer representatives, three members from the Senate, three from the House and the secretary of labor. The oversight panel is expected to issue a report within six months of its first meeting to detail the claim process and how to improve that process.

The oversight panel also would create new responsibilities for the labor secretary. These include notifying the council of any unauthorized access to department records, and developing a staffing plan in the event claims increase or decrease significantly.

Members will focus on areas like technology infrastructure, system improvements and system integrity. Components of the new IT system — to be implemented by Dec. 31, 2022 — are specified within the bill.

“My concern is that what are best practices now might not be best practices in nine years, and if it’s written in statute then that creates a little bit of inflexibility,” Xu said.

Proponents seemed open to the idea of amending bill language.

Part of the IT system improvements requires the KDOL secretary to implement specific integrity elements — like the use of information cross-check programs — to ensure the system runs as intended.

“At no point since the Great Recession has it ever been more critical for Kansas’s officials and policymakers to perform their due diligence and take proper care of the state unemployment system,” said Joe Horvath, of Opportunity Solutions Project, a nonprofit advocacy group focused on policies that get people back to work. “The portion of HB 2196 that creates new system integrity-enhancing processes is a good first step in improving system integrity not only in exceptional circumstances but also in ordinary ones.”

Another element of the bill highlighted during testimony was the protections established for employers from the effects of fraudulent claims.

The legislation would prevent employer accounts from being charged for any bogus benefits between March 15, 2020, and Dec. 31, 2021. In addition, employers who have paid for claims since March 15 are to be refunded.

Also, the bill authorizes reimbursement to the unemployment insurance trust fund from the state general fund for improper benefits paid during the pandemic.

Natalie Bright, of the National Council for Human Resource Management, also noted the bill’s importance in bringing more transparency to the Kansas unemployment system. The measure requires the public posting of trust funds, computation and data.

“Being able to get that information and that data is critically important for these business owners, so they know what to plan for and what to predict,” said Bright. “They can get that data and have that feedback for them.”

A KDOL representative will offer neutral testimony on the bill Wednesday, as will any opponents of the measure.

KANSAS CITY, Mo. — The environment, children and smoking are issues Vari Patel and three other teens from the Kansas City metro felt needed attention so people can live healthier lives. "And when … END_OF_DOCUMENT_TOKEN_TO_BE_REPLACED

KANSAS CITY, Mo. — Kansas City, Missouri, Mayor Quinton Lucas confirmed Monday not only that he’d been married earlier this month — but that he and his wife welcomed a baby boy, too. In a post to … END_OF_DOCUMENT_TOKEN_TO_BE_REPLACED

KANSAS CITY, Mo. — Kansas City, Missouri, leaders once again will look into renaming city streets in honor of Dr. Martin Luther King Jr. The city's Board of Parks and Recreation Commissioners will … END_OF_DOCUMENT_TOKEN_TO_BE_REPLACED