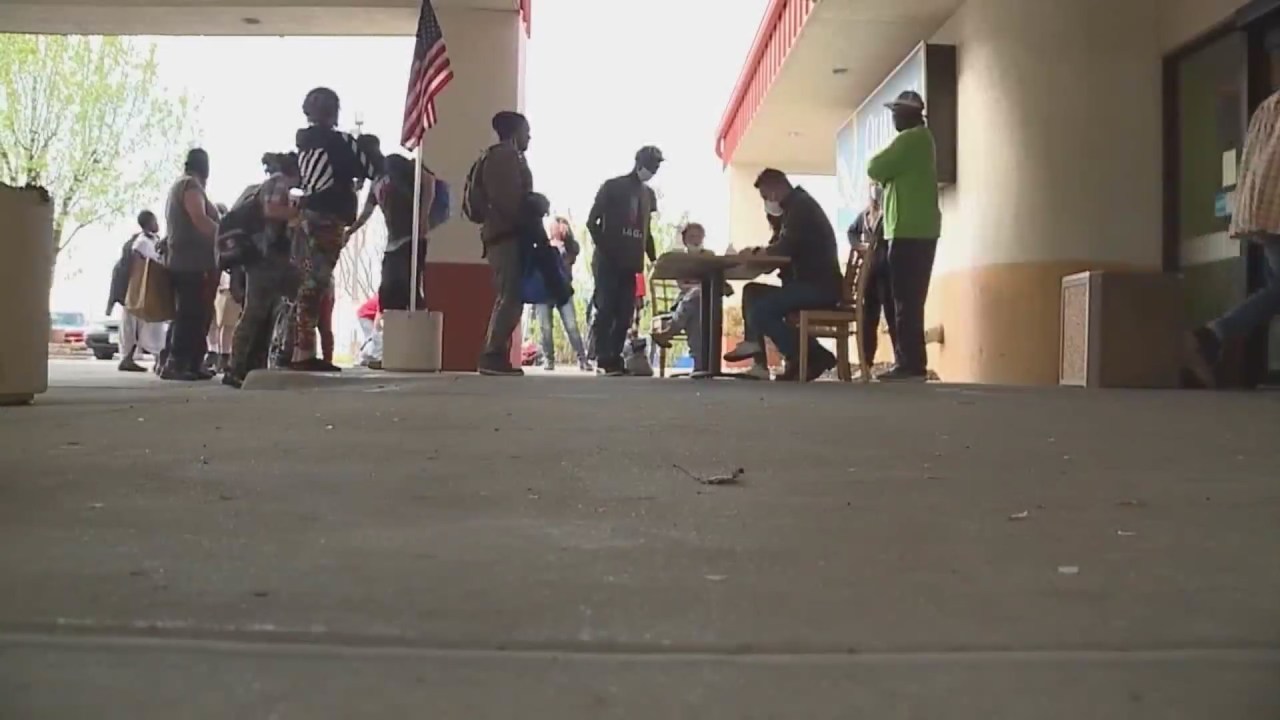 KANSAS CITY, Mo. — The clock is ticking on a temporary program to house Kansas City’s homeless in area hotels.

The program was launched in April after many felt a plan to house homeless residents inside Bartle Hall was rushed and poorly executed, and homeless then began camping on the city’s front lawn. The program was extended to July 15, but now many residents are being told to be out Friday, July 9.

Lotus Care House Executive Director Alfredo Palocol, who is overseeing the program, said Lotus has merely been encouraging people to be out on Friday to make the transition easier.

In June, Kansas City extended the 90-day program, putting more than 400 homeless up in hotels until July 15. Otherwise it would have expired July 7.

“We wanted to make sure once we did end the program, we helped as many people as we could. We working with our partners on getting them transitional housing possibly moving in with relatives,” city spokesman John Baccala said.

But FOX4 received multiple calls from residents and confirmed with multiple participating hotels that they were telling residents they had to be out by July 9.

“I asked today, ‘I’ve got until tomorrow and then what?’” Cindy Peterson said.

The city says in the past 90 days, 50 homeless people living in hotels obtained jobs, 120 received benefits and 220 received healthcare. And though Lotus Care House estimated it would cost the city $4.7 million, we’re told so far they’ve spent less than $3 million.

“You look at the bigger picture, how much good did this 90 days do, I’d tell you a lot,” Baccala said.

But not everyone feels they are better off.

Baccala admits whatever date people have to check out, the homeless situation will still be far from being solved.

“Until we can get more affordable housing units built in this city, this is likely to continue for a while,” Baccala said.

One of the solutions discussed this summer has been building pallet homes for the homeless, but that’s still being debated.

In a since-deleted tweet responding to a question about a potential contract extension for Kansas City Chiefs safety Tyrann Mathieu, Mathieu tweeted that he's "probably not" going to get a new deal in … END_OF_DOCUMENT_TOKEN_TO_BE_REPLACED

KANSAS CITY, Mo. — A manhole left uncovered is the source of concern after a woman damaged her car in Kansas City. The single-car crash happened at 11th Street and Tracy Avenue during the busy … END_OF_DOCUMENT_TOKEN_TO_BE_REPLACED

Kansas City, Missouri's COVID-19 emergency order was set to expire at the end of the month. But Mayor Quinton Lucas made it clear Friday that private businesses can still set their own rules.Any … END_OF_DOCUMENT_TOKEN_TO_BE_REPLACED

KANSAS CITY, MO (KCTV/AP) — All restrictions meant to slow the spread of the coronavirus were being rescinded as of midday Friday in Kansas City, Missouri, following guidance from the U.S. Centers for … END_OF_DOCUMENT_TOKEN_TO_BE_REPLACED