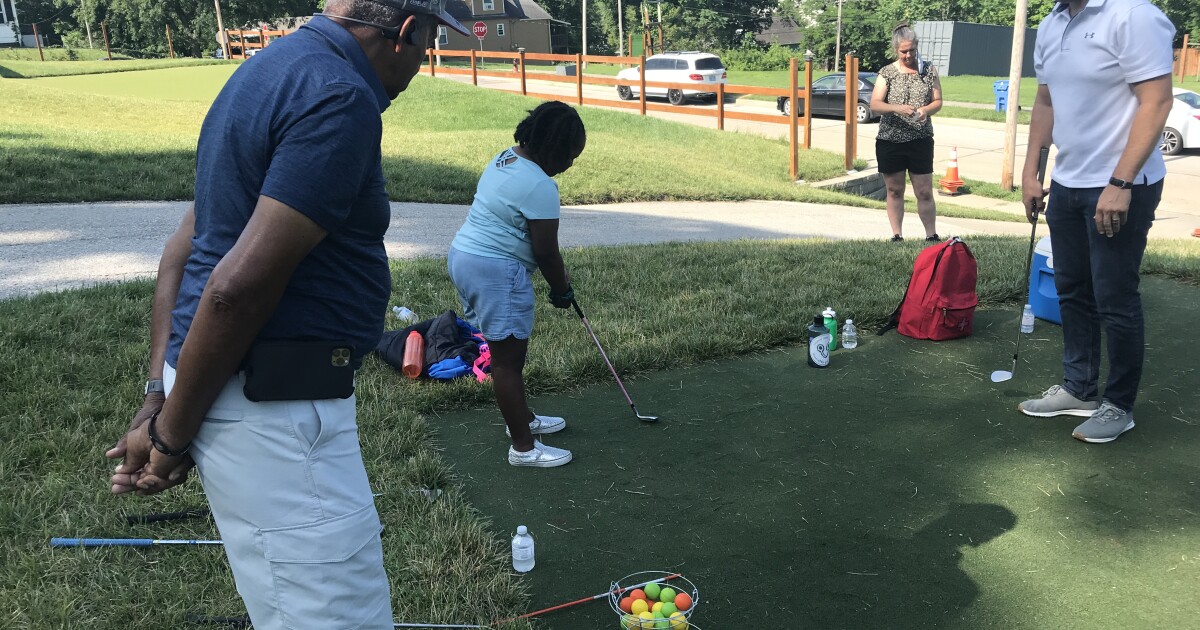 Park founder, Chris Harris announced the new program at the beginning of July when he had students from Citizens of the World Academy visit the park for guided coaching in basketball and golf.

Over nearly 30 years, Harris transformed a once-blighted block where he grew up near East 40th Street and Wayne Avenue into a park with a playground, basketball court and pitch-and-putt golf course.

“We’re finally getting the dream to go,” Harris said. “I built this thing to teach the basics of life through sports and we’re starting our camps today, which will be eight weeks long.”

Harris and other organizers said students can learn how to work as a team, follow rules, communicate and more through sports.

Harris is able to operate the camp thanks to assistance from his daughter and nephew. Jasmine Harris is a youth social worker who said her dad always inspired her to give back.

“He’s not just my father, he’s my mentor as well, too. So it’s a wonderful feeling just to see this and also to be a part of it,” she pointed out.

Darrius Hughes, the nephew, is currently enrolled at the University of Nebraska – Omaha where he plays basketball. Home for the summer, he’s passing on lessons of dedication and determination, which he learned at the park as a kid.

“I kept coming back and coming back [to play basketball at this park as a child],” Hughes explained. “I feel like it’s the same thing in life: no matter what you’re going through, you just keep going.”

Harris is working with Young Family Farm to incorporate the nearby urban vegetable farm into the summer camp as well.

He said any school, summer program or individual is welcome to sign up for the summer day camp.

In a since-deleted tweet responding to a question about a potential contract extension for Kansas City Chiefs safety Tyrann Mathieu, Mathieu tweeted that he's "probably not" going to get a new deal in … END_OF_DOCUMENT_TOKEN_TO_BE_REPLACED

KANSAS CITY, Mo. — A manhole left uncovered is the source of concern after a woman damaged her car in Kansas City. The single-car crash happened at 11th Street and Tracy Avenue during the busy … END_OF_DOCUMENT_TOKEN_TO_BE_REPLACED

Kansas City, Missouri's COVID-19 emergency order was set to expire at the end of the month. But Mayor Quinton Lucas made it clear Friday that private businesses can still set their own rules.Any … END_OF_DOCUMENT_TOKEN_TO_BE_REPLACED

KANSAS CITY, MO (KCTV/AP) — All restrictions meant to slow the spread of the coronavirus were being rescinded as of midday Friday in Kansas City, Missouri, following guidance from the U.S. Centers for … END_OF_DOCUMENT_TOKEN_TO_BE_REPLACED