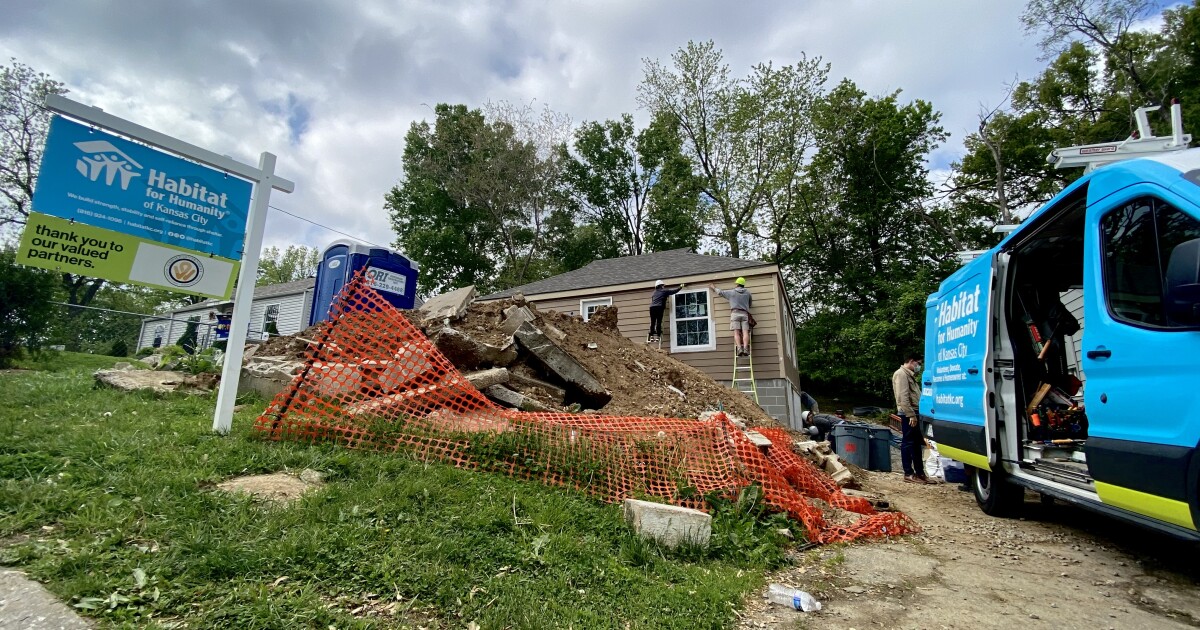 KANSAS CITY, Kan. — Laura Jones used to live in an apartment she did not own, in a neighborhood with increasing gun violence. But now, she is taking control of her future with the help of other women.

As part of Habitat for Humanity of Kansas City’s Women Build initiative, several area women are volunteering their time to renovate her home. Thursday was Day 3 of construction at Jones’ Wyandotte County residence.

“The fact that we can come out here and truly make a difference for these women is awesome,” said Amber McWilliams, Habitat for Humanity of Kansas City development coordinator.

Since the program’s start in 1991, thousands of women have paid it forward by building fair and affordable housing for other women in need. McWilliams said that 60% of people who fall below the poverty line in the metro are women and children. The need for this kind of awareness then, is huge, she said.

“Being able to build a stable home so that not only can they better their lives and make better decisions, but they’re no longer deciding between paying a medical bill and keeping a roof over their head,” McWilliams said.

In the crowd of volunteers, Melissa Sieben is continuing the work of thousands who came before her.

“I definitely feel like folks don’t expect to see women out, being the majority, constructing a house,” Sieben said. “So [I] definitely think when we get out here, we’re proving to young girls that there is an opportunity to work in construction as a job.”

Sieben works for the Unified Government of Wyandotte County and Kansas City, Kansas. The organization has been a long-time corporate sponsored partner of Habitat for Humanity of Kansas City. Her team uses federal housing dollars to complete projects like this in the community.

“For me, it’s getting out into our neighborhoods and being a part of a neighborhood for a day,” Sieben said, “and actually seeing that others see that Unified Government cares and that we care enough to be out here doing this kind of work during the work day.”

Homes take 12 to 18 months to build, according to McWilliams. Once the work is done in Kansas City, four new projects will launch throughout Missouri as part of the program.

In a since-deleted tweet responding to a question about a potential contract extension for Kansas City Chiefs safety Tyrann Mathieu, Mathieu tweeted that he's "probably not" going to get a new deal in … END_OF_DOCUMENT_TOKEN_TO_BE_REPLACED

KANSAS CITY, Mo. — A manhole left uncovered is the source of concern after a woman damaged her car in Kansas City. The single-car crash happened at 11th Street and Tracy Avenue during the busy … END_OF_DOCUMENT_TOKEN_TO_BE_REPLACED

Kansas City, Missouri's COVID-19 emergency order was set to expire at the end of the month. But Mayor Quinton Lucas made it clear Friday that private businesses can still set their own rules.Any … END_OF_DOCUMENT_TOKEN_TO_BE_REPLACED

KANSAS CITY, MO (KCTV/AP) — All restrictions meant to slow the spread of the coronavirus were being rescinded as of midday Friday in Kansas City, Missouri, following guidance from the U.S. Centers for … END_OF_DOCUMENT_TOKEN_TO_BE_REPLACED