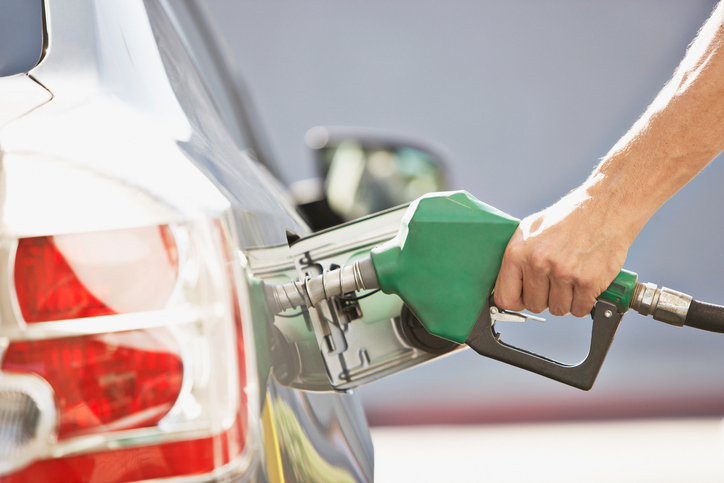 KANSAS CITY, Mo. — Missouri’s gas tax is increasing for the first time in 25 years just as gas prices rebound from low demand during the pandemic.

On Tuesday, Gov. Mike Parson signed the hike into law, which will raise money for highway and bridge repairs.

This gas tax will add 12.5 cents per gallon over five years. The first hike will happen in October. However, Parson said people can get a refund on that tax if they don’t want to pay it.

Chicago reinstates COVID-19 travel order for Missouri and Arkansas: ‘The pandemic is not over’

“So we came up with a solution that I believe offers the best for both people. If people want to make an investment in transportation, they can. If those want to get a refund, they can as well,” Sen. Dave Schatz, R-Sullivan, said.

“Missourians can get their money back if they so choose to through a very simple process,” Rep. Becky Ruth, R-Festus, said.

But how simple is that process really?

You’ll need to supply to the Missouri Department of Revenue with the following:

You’re also required to keep your gas receipts for three years in case of an audit. It’s important to note this process will only refund the new gas tax. Therefore, at first, the refund will only apply to 2.5 cents per gallon.

The gas tax will increase every July until 2026 — topping off at 29.5 cents per gallon.

People who live out of state can also apply for a refund.

Pursuing the refund might not be worth it to some drivers.

At Gateway Classic Car of Kansas City, some people might dismiss their 150-some cars as gas guzzlers. But sales consultant Lucas Mynatt said vehicles with a V8 can surprise you.

“I don’t really think too many people are really going to think these are Priuses,” said Mynatt, who grew up watching his grandpa restore classic cars and now sells them.

With some cars priced at over $50,000, those buying from Gateway Classic Car might not be worried about some extra change at the gas station.

“No, I mean these cars are pretty premium. A 1970 Dodge Challenger is kind of the cream of the crop when it comes to muscle cars,” Mynatt said.

“These cars are wants, not needs. We’re basically selling dreams here,” he added.

In a since-deleted tweet responding to a question about a potential contract extension for Kansas City Chiefs safety Tyrann Mathieu, Mathieu tweeted that he's "probably not" going to get a new deal in … END_OF_DOCUMENT_TOKEN_TO_BE_REPLACED

KANSAS CITY, Mo. — A manhole left uncovered is the source of concern after a woman damaged her car in Kansas City. The single-car crash happened at 11th Street and Tracy Avenue during the busy … END_OF_DOCUMENT_TOKEN_TO_BE_REPLACED

Kansas City, Missouri's COVID-19 emergency order was set to expire at the end of the month. But Mayor Quinton Lucas made it clear Friday that private businesses can still set their own rules.Any … END_OF_DOCUMENT_TOKEN_TO_BE_REPLACED

KANSAS CITY, MO (KCTV/AP) — All restrictions meant to slow the spread of the coronavirus were being rescinded as of midday Friday in Kansas City, Missouri, following guidance from the U.S. Centers for … END_OF_DOCUMENT_TOKEN_TO_BE_REPLACED