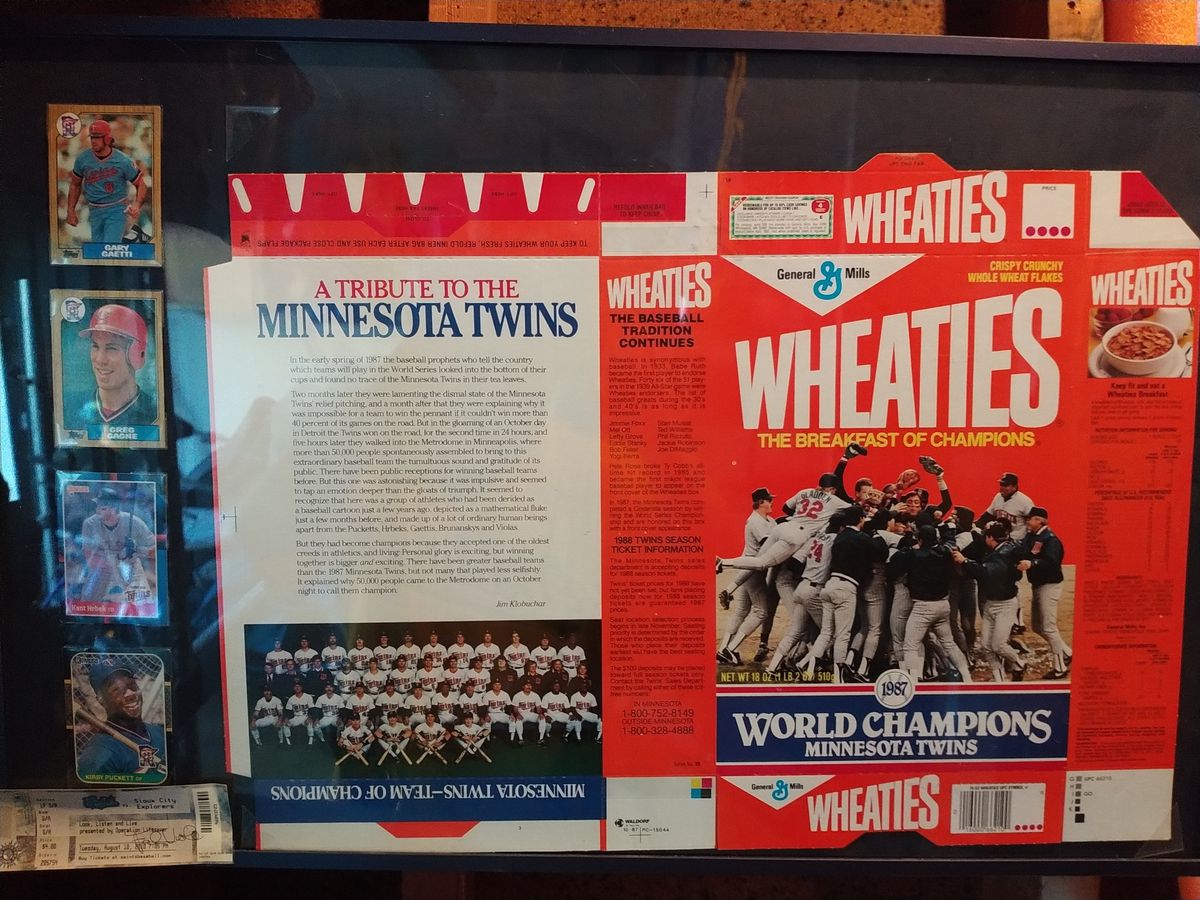 Since this is the third time Minnesota has faced young Brady Singer this year, you’ve probably heard that he gave a huge chunk of his 2018 bonus money to his parents, on Christmas, for them to pay off all their existing debts. What’s happened to them since? Did the Singers use their newfound financial freedom to follow any lifelong dreams? Travel? Funding experimental carp/human genetic hybrids that break all decency edicts of God and Man? Lording it over a kingdom of said hybrids while feasting on the succulent flesh of any would-be contenders to their throne? I don’t know, but anything can happen in Christmas stories. Mark my words.

A sinker-slider guy, Singer was decent against the Twins both times, but has struggled overall with his ability to go deep in games; he’s averaging just under 5 IP in his 16 starts this season. Since his opponent will be Minnesota’s underwhelming J.A. Happ, we could be looking at a lot of pitching changes and a looooong-ish night. Digits:

This week’s Adventures In Baseball Swag We Own comes from longtime community member gintzer:

No indication if Hrbek ate all the Wheaties.

It is a Wheaties box celebrating the 1987 World Series victory for our Minnesota Twins. My dad worked at Waldorf paper company in St. Paul and he came home with a stack of these after the Twins beat the Cardinals. I remember thinking it was so cool to see the hometown heroes on a Wheaties box. I have shared here at Twinkie Town many times how much the 1987 World Series title meant to me. Then, the Twins won again in 1991. I thought that I was going to be watching one or two World Series championships (or at least appearances) every five years or so for the Twins – this is easy. Oh, we are so naive in our youth.

Anyway, sometime in the early 2000s my dad took the Wheaties box and had it framed along with cards from key players on the 1987 team. I added a ticket stub in the lower left corner from a St. Paul Saints game. That ticket is signed by Frank Viola, who was sitting in the bullpen watching his son Frank Viola, Jr. pitch that day for the Saints.

I went on to work at Waldorf for four summers as a college student, so this framed Wheaties box reminds me of those youthful days.

For those who didn’t know, including me, the Waldorf paper company was once Minnesota’s fifth-largest employer. It was sold to a company that merged with a company that currently operates a large plant on Cretin Ave. in St. Paul, across the street from the fine Lake Monster brewing company.

And you know what would be a terrifying Lake Monster? A carp/human genetic hybrid, that’s what. And all because Brady Singer gave his parents a present on Christmas. See, I told you anything can happen.

Thanks, gintzer! Anybody else who has photos/stories of cherished baseball-ish items and would like to share them can email me via twinsbrewer@yahoo.com — be sure and put something like “kitten toes make crunchy snacks” in the subject so I’ll know it’s from you fine folks. Don’t be a chicken — get finger lickin’ and share what ya got!

Every time I see this current KC lineup, I feel the Twins need a player named Moustakas Sweeney for some reason.

In a since-deleted tweet responding to a question about a potential contract extension for Kansas City Chiefs safety Tyrann Mathieu, Mathieu tweeted that he's "probably not" going to get a new deal in … END_OF_DOCUMENT_TOKEN_TO_BE_REPLACED

KANSAS CITY, Mo. — A manhole left uncovered is the source of concern after a woman damaged her car in Kansas City. The single-car crash happened at 11th Street and Tracy Avenue during the busy … END_OF_DOCUMENT_TOKEN_TO_BE_REPLACED

Kansas City, Missouri's COVID-19 emergency order was set to expire at the end of the month. But Mayor Quinton Lucas made it clear Friday that private businesses can still set their own rules.Any … END_OF_DOCUMENT_TOKEN_TO_BE_REPLACED

KANSAS CITY, MO (KCTV/AP) — All restrictions meant to slow the spread of the coronavirus were being rescinded as of midday Friday in Kansas City, Missouri, following guidance from the U.S. Centers for … END_OF_DOCUMENT_TOKEN_TO_BE_REPLACED