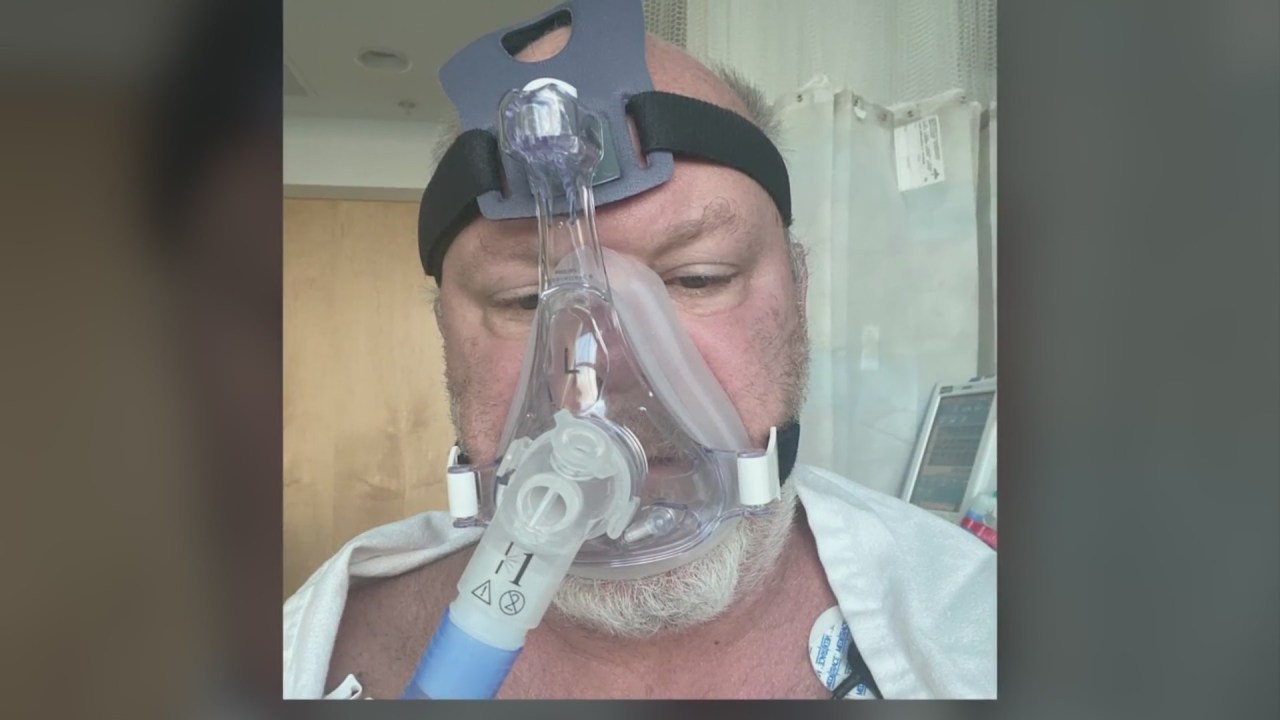 KANSAS CITY, Mo. — Low oxygen rates and fatigue to the extreme, even after COVID-19 patients leave the hospital, the battle is not over.

Federal health officials continue to stress that a rising number of patients are not having smooth recoveries while acknowledging that the delta variant is leading to a new spike in the COVID-19 death toll.

Dr. Francis Collins, director of the National Institutes of Health, said there are positive signs in new vaccination rates — possibly caused by the full FDA approval of the Pfizer shot.

But that factor does not exist in a vacuum, Collins said.

Level of protection from COVID-19 vaccination may weaken over time, CDC says

There’s also an obvious impact the delta variant is having on people not only in death but also in recovery.

At a home in Overland Park, a machine ticks like a clock. It’s not counting seconds. Instead, it’s liters of oxygen.

“When I first got home, I was on four quite a bit. Now I adjust down to two most of the time,” Brad Burrow said, referencing the settings of the oxygen machine.

Burrow is not followed by a trail of tubing as he moves around his home.

It is a remaining connection to the 23 days he spent in the hospital battling COVID-19.

“When I went in my lungs were pretty damaged,” Burrow said.

“I’m a big proponent of everybody having one of these,” he said, indicating the pulse oximeter on his middle finger.

“If you’re at 82 for a prolonged period, your body starts shutting down,” Burrow said.

That’s where Burrow was, and he credits his pulse oximeter for alerting him to his failing health.

His hospital stay, according to federal officials, is not an uncommon story.

“I think when you look at the current surge caused by this delta variant, there’s plenty of reasons to worry about it,” Collins said.

“We are now at a point of over 160,000 new cases every day, and they’re hitting particularly hard in places like Missouri, Arkansas, Louisiana, Mississippi, Alabama, Florida, that big swath there in the southeast,” Collins said.

“Honestly,” Burrow said, “I was in a pretty dark place when I went in and I’m hearing ‘You’re close to being on a ventilator.’”

He said the only thing that kept Burrow out of the ICU was that there were no open beds in the unit.

Instead, he recovered in an intermittent prone position on a hospital bed.

“So I’ll explain it to you like the doctors explained it to me, your organs are on the front side of your body cavity, right? And your lungs are on the back. So if we can get pressure off of the lungs, they can expand,” Burrow said.

“I would wave at my wife through the window of my room. There’s a window in there so I could wave at her,” Burrow said.

He still does the prone position every morning and night, but his standard “healthy” routine including coaching baseball for his son is still out of the question in his current condition.

“You know, I couldn’t do coaching right now with that. Not yet,” he said. “But soon.”

If you have actually thought of coming to be a qualified nursing assistant, but do not know if it corrects for you, the following list of main reasons to get into nursing might aid you make a … END_OF_DOCUMENT_TOKEN_TO_BE_REPLACED

In a since-deleted tweet responding to a question about a potential contract extension for Kansas City Chiefs safety Tyrann Mathieu, Mathieu tweeted that he's "probably not" going to get a new deal in … END_OF_DOCUMENT_TOKEN_TO_BE_REPLACED

KANSAS CITY, Mo. — A manhole left uncovered is the source of concern after a woman damaged her car in Kansas City. The single-car crash happened at 11th Street and Tracy Avenue during the busy … END_OF_DOCUMENT_TOKEN_TO_BE_REPLACED

Kansas City, Missouri's COVID-19 emergency order was set to expire at the end of the month. But Mayor Quinton Lucas made it clear Friday that private businesses can still set their own rules.Any … END_OF_DOCUMENT_TOKEN_TO_BE_REPLACED