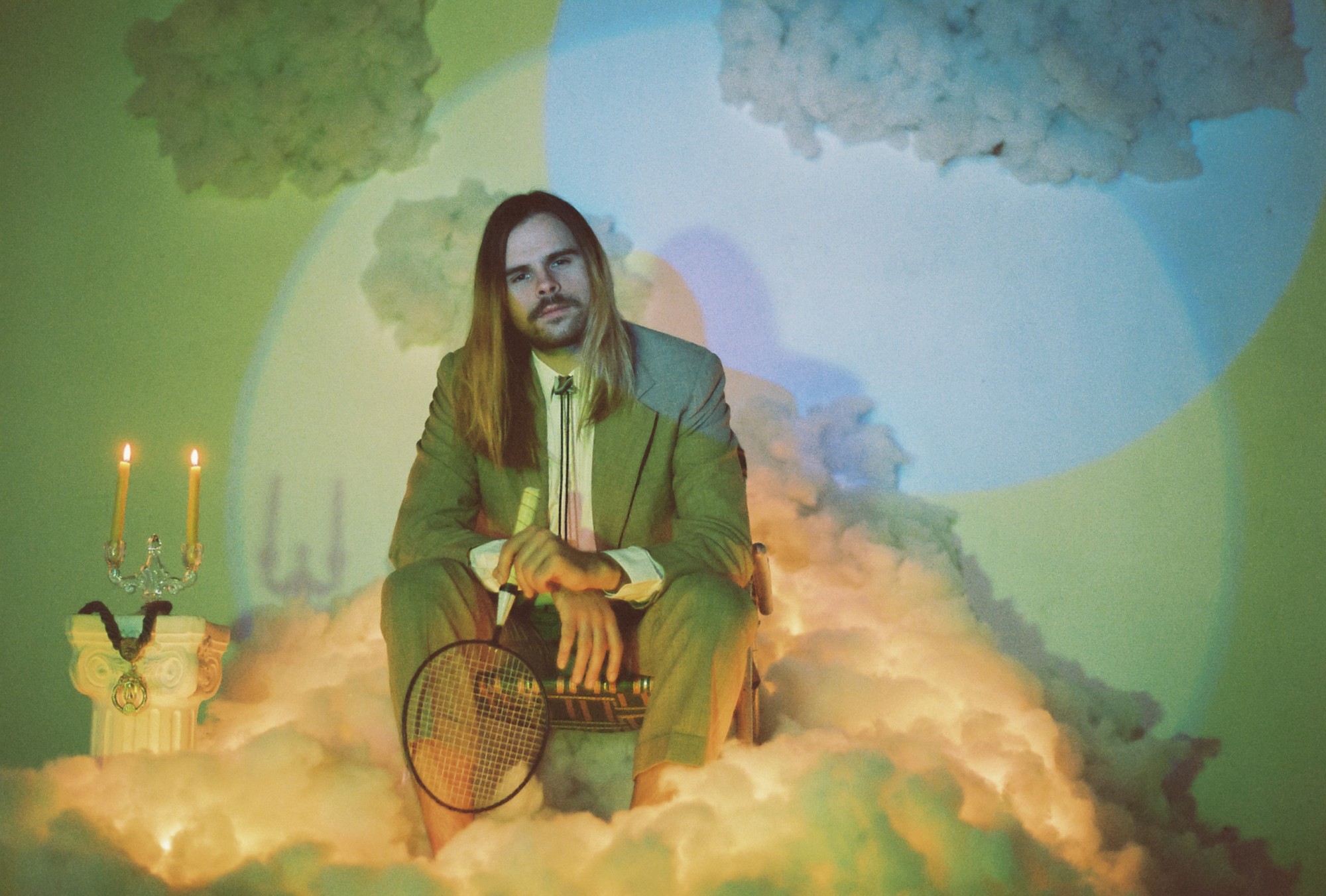 If you enjoyed the two-song single R.I.Peter released via Manor Records in April of last year, his upcoming Manor Records full-length, Soft Serve, takes the concepts explored on “Cruis’n” and “Rising Son” and goes even more far afield. R.I.Peter–the project of musician Peter Beatty–releases “Green House,” the first single off Soft Serve, today, and we’re proud to premiere it. You can hear it below, as well as read a short interview covering the very excellent impending album, which “brings together R.I.Peter’s influences from Yellow Magic Orchestra to Sheer Mag together in 12 tracks.”

The Pitch: Opening Soft Serve with “Green House” seems to set the tone for the album which will follow, in that the song has this unexpected change from the rather jangly opening half to one which brilliantly utilizes a classic rock guitar feel. How’d the song evolve into this, or did it begin fully-formed?

Peter Beatty: To be honest, it was not planned! Back when I wrote “Green House,” I was really into upbeat synth music like Yellow Magic Orchestra. The song started there and I did my best to follow where the creative juices were flowing, which turned out to be toward vocoders and classic rock guitars lol. I love the stark contrast between the two parts, it makes for a fun journey. You’re never quite sure where things are gonna go!

A similar thing happens in “Cruis’n,” but with a synthesizer. I love the way you play with contrasts. Is that something to which you’re consciously working?

In similar fashion to Green House, I’d say so. But I think it’s not so much conscious thought as it is being open to the ebbs and flows of the creative process. Cruis’n and Green House were two of the most fun songs to write and record on the record, precisely because I wasn’t sure where things were going to end up. I have little narratives in my head for a lot of the songs, so I tried to ride the wave of that narrative, but with music instead of words or writing. 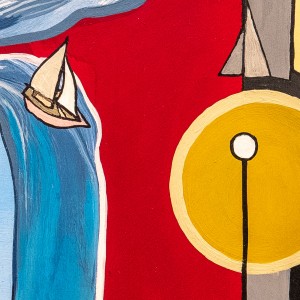 How do you sequence an album so that French-sung disco, synthy pop, country twang, and more can sit side-by-side?

It’s funny you mention that! Choosing the track order was one of the more challenging processes of putting the record together. I came up with a few different track orders that I thought could potentially work and sent them to my friends for some input and we eventually solidified it. I wanted the record to have a flow to it: some songs transitioned well into other songs, loud songs next to soft songs, maybe two songs that are kinda similar stay far apart from one another, etc. I really aimed for genre/inspiration diversity on each half of the album to keep things interesting and new as one track flows into the next. And BOOM–you’ve got French disco next to country twang.

The album has two brief instrumental interludes in “There’s Something” and “Caffeine.” Where did those come from?

I’ve always been a fan of atmospheric/ambient music. Many of the synth sounds you hear on the album were done on a Yamaha DX7, one of the quint-essential synths of the 80s and weapon-of-choice for ambient legend Brian Eno, who’s a big vibe-influence of mine. I try to paint a vivid picture with my music, let the sounds do the talking as opposed to lyrics. I think the desire to create atmosphere, along with assisting the flow/narrative of the album (as we discussed earlier) are the two main reasons for including those tracks. They’re stepping stones from one track to the next, guiding the listener along.

Your bio states that you take a lot of inspiration from old console gaming. What’s your process to mash that with “Fleet Foxes or something”?

This is true! I take inspiration from not only the literal music in video games I grew up playing (Nintendo’s Koji Kondo, for example), but also the atmosphere, nostalgia, and immersion one feels while playing. I’d say although the genres and styles of my record are far from Fleet Foxes, I still draw inspiration from the ambiance they exude. Four-part harmonies in a cathedral, grand over-the-top arrangements, that sort of thing! They take the listener to another place, paint a vivid picture the listener finds themselves in. It’s that kind of immersion I tried to convey with my record. At the core of it, there was still no REAL process to the songwriting, and I think that really speaks to what is at the heart of the album. MY heart, to be specific. I had a lot of fun making this record. It was a really personal process and I think it is a great representation of who I am as a musician and a person. I hope people can feel that when they give it a listen :-).

In a since-deleted tweet responding to a question about a potential contract extension for Kansas City Chiefs safety Tyrann Mathieu, Mathieu tweeted that he's "probably not" going to get a new deal in … END_OF_DOCUMENT_TOKEN_TO_BE_REPLACED

KANSAS CITY, Mo. — A manhole left uncovered is the source of concern after a woman damaged her car in Kansas City. The single-car crash happened at 11th Street and Tracy Avenue during the busy … END_OF_DOCUMENT_TOKEN_TO_BE_REPLACED

Kansas City, Missouri's COVID-19 emergency order was set to expire at the end of the month. But Mayor Quinton Lucas made it clear Friday that private businesses can still set their own rules.Any … END_OF_DOCUMENT_TOKEN_TO_BE_REPLACED

KANSAS CITY, MO (KCTV/AP) — All restrictions meant to slow the spread of the coronavirus were being rescinded as of midday Friday in Kansas City, Missouri, following guidance from the U.S. Centers for … END_OF_DOCUMENT_TOKEN_TO_BE_REPLACED