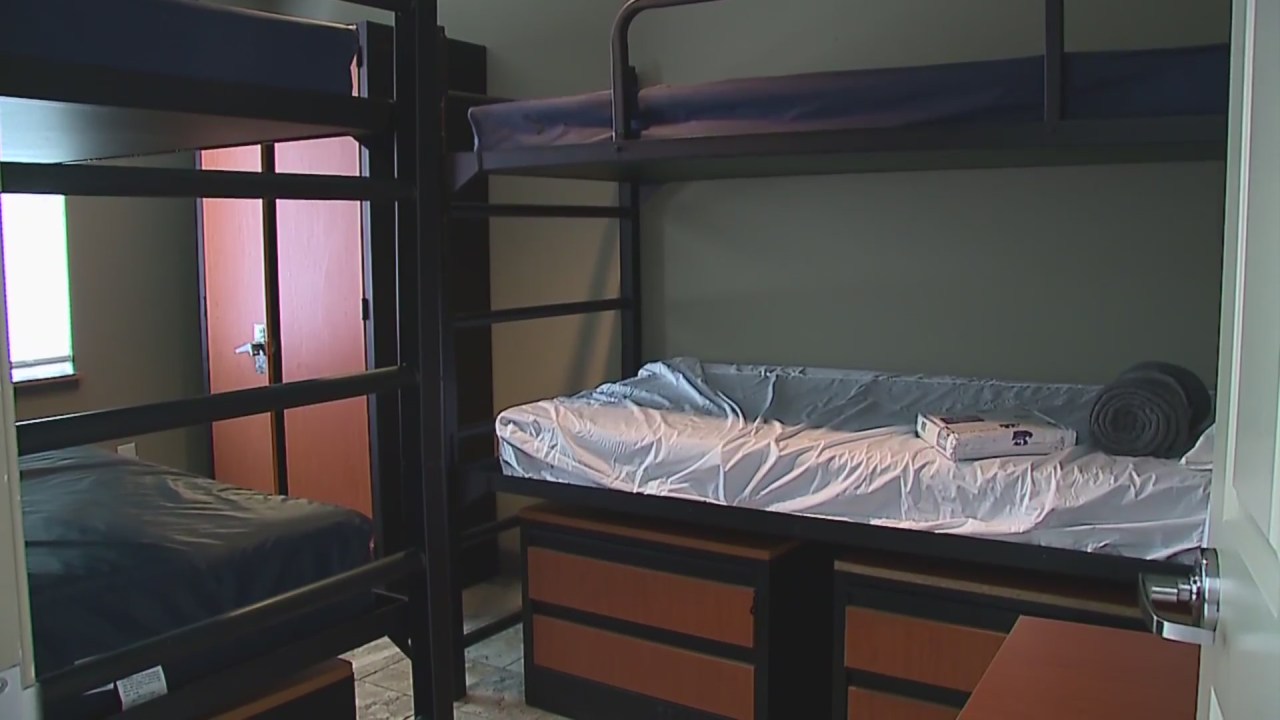 OLATHE, Kan. — Local aid organizations are preparing for an uptick in people who need housing, food and assistance after the Kansas Legislature voted to end the state’s moratorium on evictions this week.

Johnson County is not a place that people would think has a homeless problem, but experts say the pandemic is exposing it and bringing new attention to an old and persistent problem.

“I’m expecting a lot of people to suddenly be in dire straits,” said Mina Foster, director of housing services at the Salvation Army in Olathe.

She knew eviction moratoriums would end at some point, but with the post-pandemic employment crisis recovering slowly, she worries about the flood of people who may become homeless.

Except for a small women’s program, there are no year-round shelters for single homeless adults and The Salvation Army is the only free-standing shelter in Johnson Countay. It can accommodate just 14 families at a time and Kim First’s family was one of them.

It was April 2, a day she will never forget. Arriving at work only to find out her company’s customer service department had been eliminated her cubicle was emptied.

“The day that I left past my cubicle I felt so defeated,” First said. “I didn’t know what to do.”

To help combat the flood of evictions expected, Overland Park City Councilman Faris Farassati proposed a tenants right to council program, where folks facing eviction because of pandemic related issues would be provided free legal aid by the city.

“When you have Federal and State moratoriums coming to an end, there would be deserving families and individuals who are going to lose their home and we need to see if we could remedy that and prevent it,” Farassati said.

Having experienced homelessness, First says programs like this could help support families like hers that are still making it back to their feet.

“Anything that would help anyone not have to go outside or sleep in their vehicle or ask someone else can they stay in their home, I’m all for it. It is ugly being homeless.”

Farassati says the Tennent’s Right to Council program has been met with resistance by the Community Development Committee, so he plans to bring it up for discussion at Monday night’s Overland Park City Council Meeting.

In a since-deleted tweet responding to a question about a potential contract extension for Kansas City Chiefs safety Tyrann Mathieu, Mathieu tweeted that he's "probably not" going to get a new deal in … END_OF_DOCUMENT_TOKEN_TO_BE_REPLACED

KANSAS CITY, Mo. — A manhole left uncovered is the source of concern after a woman damaged her car in Kansas City. The single-car crash happened at 11th Street and Tracy Avenue during the busy … END_OF_DOCUMENT_TOKEN_TO_BE_REPLACED

Kansas City, Missouri's COVID-19 emergency order was set to expire at the end of the month. But Mayor Quinton Lucas made it clear Friday that private businesses can still set their own rules.Any … END_OF_DOCUMENT_TOKEN_TO_BE_REPLACED

KANSAS CITY, MO (KCTV/AP) — All restrictions meant to slow the spread of the coronavirus were being rescinded as of midday Friday in Kansas City, Missouri, following guidance from the U.S. Centers for … END_OF_DOCUMENT_TOKEN_TO_BE_REPLACED