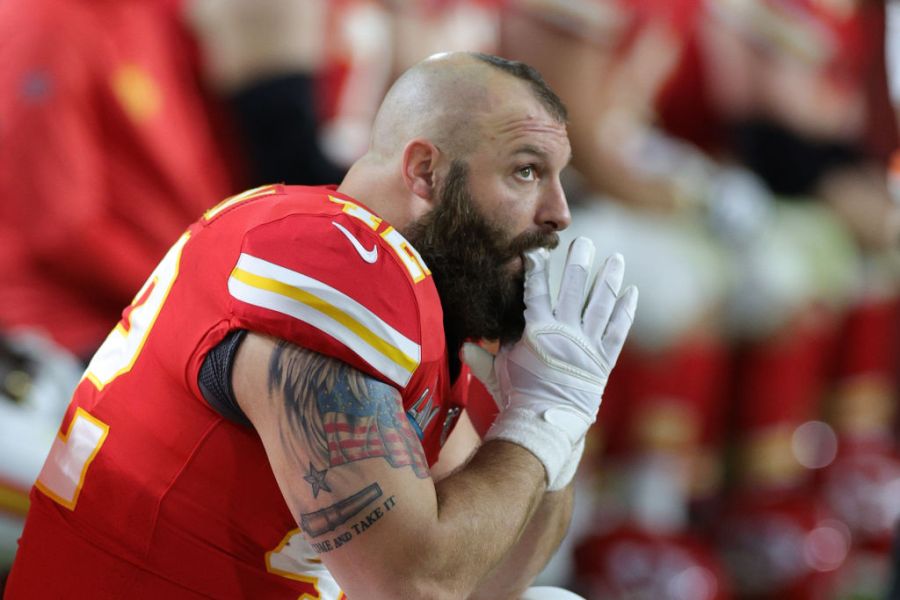 KANSAS CITY, Mo. — Pranks are a mainstay in NFL locker rooms, and the weeks leading up to the Super Bowl proved to be the perfect time for an epic prank on Chiefs fullback Anthony Sherman.

Sherman started this epic prank war when he dumped thousands of Oreos in the cab of former MLB player Adam Laroche’s truck.

“I just watch a lot of ‘Buck Commander,’ and I always see him pranking guys on the show, and no one ever gets him back,” Sherman said of the show Laroche stars on. “So I was going to take it upon myself to get him back, and it turned out to be a bad idea.”

Now Sherman is going to lose his truck, but it’s all for a good cause.

Laroche devised a scheme with some of Sherman’s teammates, including long snapper James Winchester and punter Dustin Colquitt, to hack into Sherman’s Twitter account and give away his truck to one lucky winner, all in the name of charity.

Sherman had no idea at first they were giving away his 2017 King Ranch F-250 worth tens of thousands of dollars. But he said he realized what was going on later when his phone started blowing up after practice.

Now the Chiefs fullback is going along with it because it’s all for a good cause, and it’s the right thing to do.

Donations to the E3 Ranch Foundation — which supports the U.S. military, the fight against human trafficking and provides for the food insecure in and around Kansas — earn you entries to the truck giveaway and other prizes. If you donate $3,000 or more, you can even get a signed Patrick Mahomes jersey along with your 3,000 entries.

You can donate here. The winner will be selected at the end of February.

Although he’s doing a good deed and giving away his truck, Sherman says he might also be planning for revenge against his teammates.

“I don’t know. There’s definitely something I’m going to prepare for Winchester for sure. Colquitt might just be a lost cause. He’s got too much time on his hands,” the Chiefs fullback said.

In a since-deleted tweet responding to a question about a potential contract extension for Kansas City Chiefs safety Tyrann Mathieu, Mathieu tweeted that he's "probably not" going to get a new deal in … END_OF_DOCUMENT_TOKEN_TO_BE_REPLACED

KANSAS CITY, Mo. — A manhole left uncovered is the source of concern after a woman damaged her car in Kansas City. The single-car crash happened at 11th Street and Tracy Avenue during the busy … END_OF_DOCUMENT_TOKEN_TO_BE_REPLACED

Kansas City, Missouri's COVID-19 emergency order was set to expire at the end of the month. But Mayor Quinton Lucas made it clear Friday that private businesses can still set their own rules.Any … END_OF_DOCUMENT_TOKEN_TO_BE_REPLACED

KANSAS CITY, MO (KCTV/AP) — All restrictions meant to slow the spread of the coronavirus were being rescinded as of midday Friday in Kansas City, Missouri, following guidance from the U.S. Centers for … END_OF_DOCUMENT_TOKEN_TO_BE_REPLACED