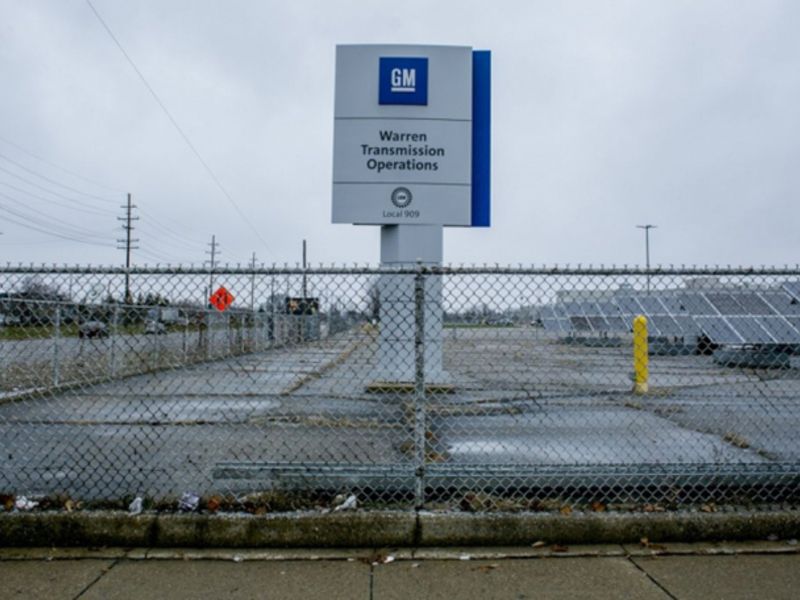 The developer who earlier Thursday confirmed its plans to tear down the Eastland Center mall in Harper Woods is also attempting to buy and redevelop General Motors Co.’s idled Warren Transmission Plant, Crain’s has learned.

Riverside, Mo.-based developer Northpoint Development LLC has the 123-acre site at 23500 Mound Road under contract to purchase, with the deal expected to close in the third quarter.

Warren Mayor Jim Fouts in a Thursday afternoon interview with Crain’s said it will be a $230 million investment that will create hundreds of new jobs.

The Detroit News first reported that a developer is lined up for the property, citing Fouts’ State of the City speech Thursday and confirmed by GM later, but it did not identify the buyer.

In April, an entity tied to NorthPoint, NP Mound Road Industrial LLC, was registered with the state at its Missouri corporate address.

The property is being marketed for sale by JLL.

Representatives for the Chicago-based brokerage firm, which has a Royal Oak office, as well as NorthPoint, declined to comment Thursday afternoon.

“After a thorough marketing and bidding process, (a) prospective buyer is under contract to purchase GM’s former Warren Transmission plant,” GM spokesperson Dan Flores said in an email. “The prospective buyer is completing their due diligence prior to closing on the property. We anticipate a closing sometime in Q3 2021. We are not disclosing the prospective buyer or any additional information at this time.”

The GM plant closed two years ago, Automotive News reported at the time. During the early months of the COVID-19 pandemic last year, the plant began producing personal protective equipment such as face masks, The Detroit News reported in May 2020.

NorthPoint has a long history with former GM properties, including the 2016 purchase of 260 acres of property in and around Lansing, plus others in Kansas City, Kan., and Lordstown, Ohio.

In a since-deleted tweet responding to a question about a potential contract extension for Kansas City Chiefs safety Tyrann Mathieu, Mathieu tweeted that he's "probably not" going to get a new deal in … END_OF_DOCUMENT_TOKEN_TO_BE_REPLACED

KANSAS CITY, Mo. — A manhole left uncovered is the source of concern after a woman damaged her car in Kansas City. The single-car crash happened at 11th Street and Tracy Avenue during the busy … END_OF_DOCUMENT_TOKEN_TO_BE_REPLACED

Kansas City, Missouri's COVID-19 emergency order was set to expire at the end of the month. But Mayor Quinton Lucas made it clear Friday that private businesses can still set their own rules.Any … END_OF_DOCUMENT_TOKEN_TO_BE_REPLACED

KANSAS CITY, MO (KCTV/AP) — All restrictions meant to slow the spread of the coronavirus were being rescinded as of midday Friday in Kansas City, Missouri, following guidance from the U.S. Centers for … END_OF_DOCUMENT_TOKEN_TO_BE_REPLACED