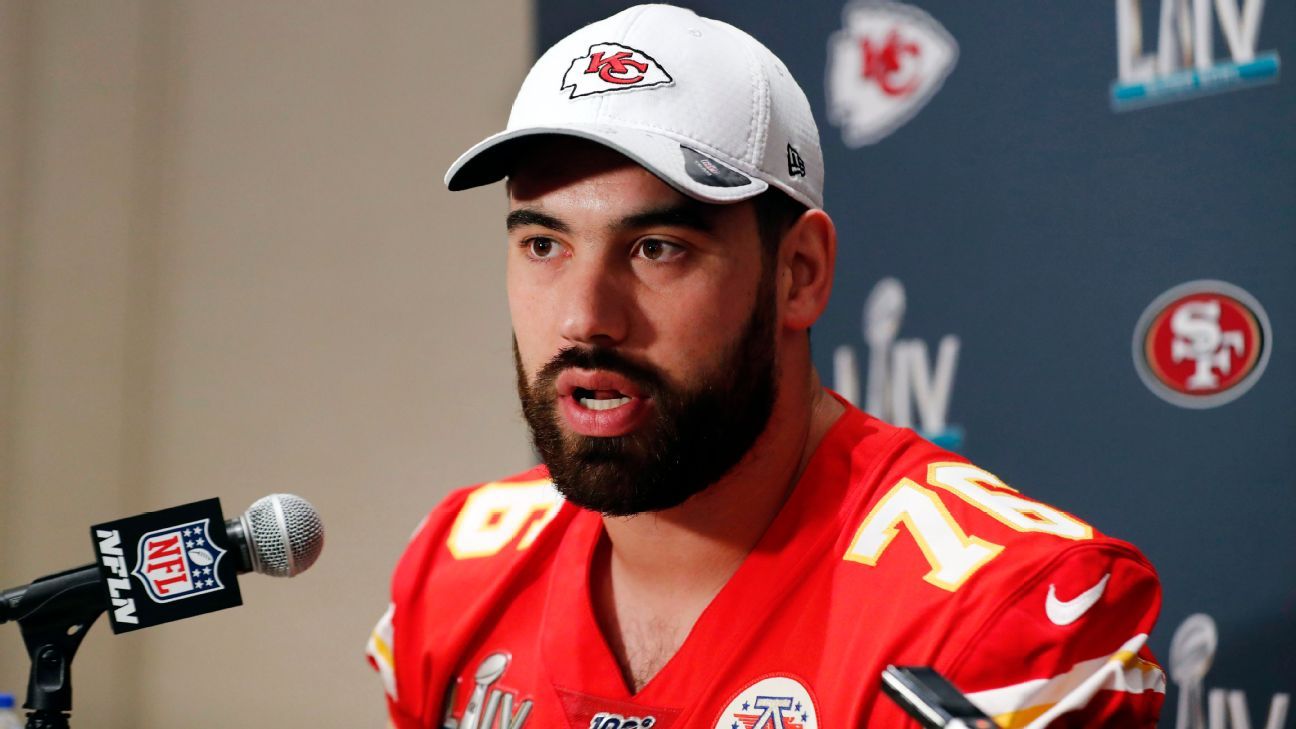 KANSAS CITY, Mo. — While opting out of last season during the pandemic to work in a long-term care facility more than 1,000 miles from Kansas City and across an international border, Laurent Duvernay-Tardif had one thing to connect him to the Chiefs: watching their games on TV.

“Being able to watch the Chiefs on Sunday was kind of the thing that was keeping me grounded,” Duvernay-Tardif said after Tuesday’s minicamp practice, his first work with the Chiefs in more than a year. “It was fun. It was fun to watch my teammates, fun to stay in touch with them as well throughout the season, even though I wasn’t there. I don’t regret my decision. I was in the right place at the right moment and I was able to put my medical training to use.”

Duvernay-Tardif, a doctor, started at right guard for the Chiefs in February 2020 in their Super Bowl LIV win over the San Francisco 49ers. Duvernay-Tardif decided to sit out the season in order to help with the COVID-19 pandemic in any way he could in his hometown of Montreal.

He worked at the long-term care facility, taking days off to watch the Chiefs. His duties varied from serving as an orderly to working as a nurse.

“I was basically helping where help was needed,” he said. “It was tough. We lost a lot of patients. We know that long-term care facilities were pretty badly affected. It’s been a pretty challenging year for all of us.”

Football, other than on game day or the occasional communication with teammates, seemed far away. Fitness centers were closed in Montreal, and without a place to keep in shape, Duvernay-Tardif fashioned a weight room on the balcony of his apartment.

“That’s all I was allowed to do through quarantine and curfew,” he said. “I had a pretty good setup. Don’t get me wrong, it was cold. But I had some heaters on the side and I basically trained four times a week for the last year so I feel in pretty good shape.”

“Football is in your DNA,” he said. “I remember throughout November and December and as we were heading into the playoffs, sometimes on Thursday I would wake up and be like, ‘OK, is it a shell practice? Is it a full speed practice?’ I kept asking myself those questions because I missed football. Of course I do want to play football. That’s why I train so hard. The last time I put a helmet on before today was the Super Bowl in Miami and we won it, so there are great memories from playing football with these guys and I want to build that chemistry back and hopefully get a starting job back to contribute to the team this year.”

Duvernay-Tardif’s starting spot was occupied on Tuesday by a rookie, sixth-round draft pick Trey Smith. But he was just getting started on his comeback and will have time at training camp to earn back his job.

“We’ll see throughout the next couple of weeks and heading into training camp how I really feel,” Duvernay-Tardif said. “So far I feel great. Being away from the game, of course you get rusty a little bit, but at the same time I’ve never benched, cleaned and squatted as much as I did throughout the past year, so I’m feeling in great shape so hopefully it will translate on the field this year.”

In a since-deleted tweet responding to a question about a potential contract extension for Kansas City Chiefs safety Tyrann Mathieu, Mathieu tweeted that he's "probably not" going to get a new deal in … END_OF_DOCUMENT_TOKEN_TO_BE_REPLACED

KANSAS CITY, Mo. — A manhole left uncovered is the source of concern after a woman damaged her car in Kansas City. The single-car crash happened at 11th Street and Tracy Avenue during the busy … END_OF_DOCUMENT_TOKEN_TO_BE_REPLACED

Kansas City, Missouri's COVID-19 emergency order was set to expire at the end of the month. But Mayor Quinton Lucas made it clear Friday that private businesses can still set their own rules.Any … END_OF_DOCUMENT_TOKEN_TO_BE_REPLACED

KANSAS CITY, MO (KCTV/AP) — All restrictions meant to slow the spread of the coronavirus were being rescinded as of midday Friday in Kansas City, Missouri, following guidance from the U.S. Centers for … END_OF_DOCUMENT_TOKEN_TO_BE_REPLACED