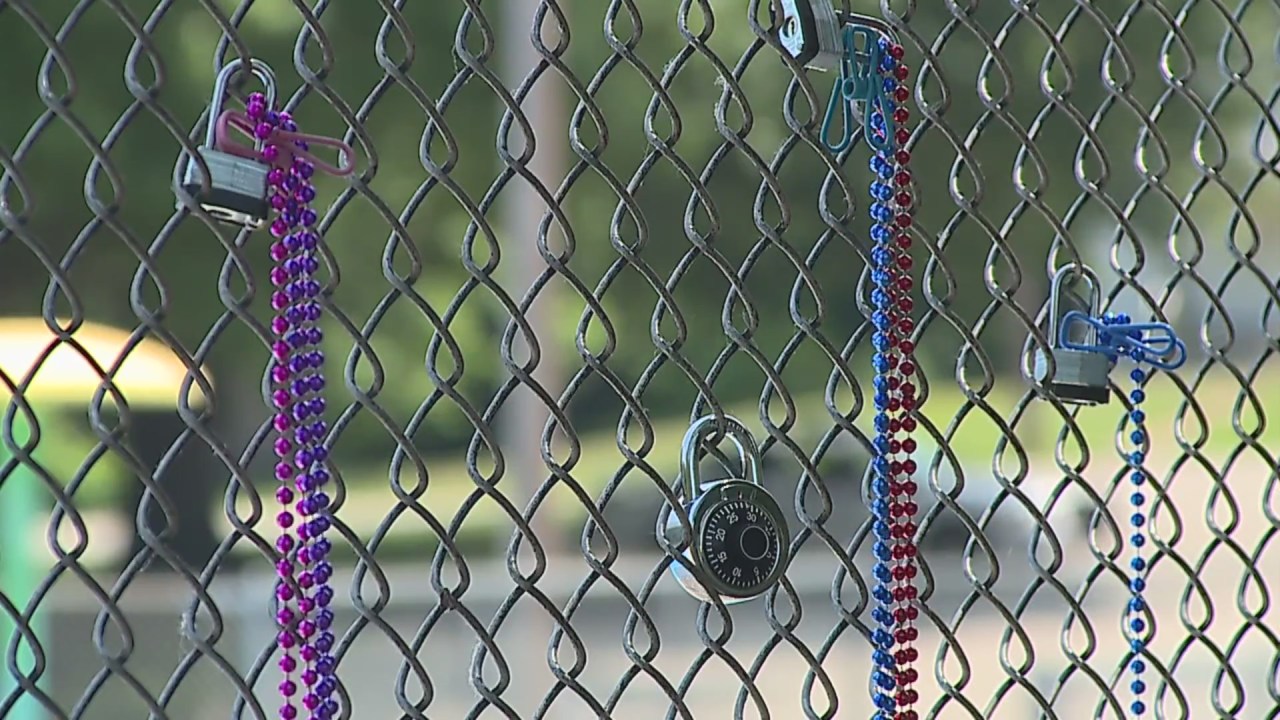 KANSAS CITY, Kan. — At times it had the feel of a neighborhood picnic, but the people present were sending a serious message.

“We’re down here to save our pool,” said Larry Green, as he grilled hamburgers for dozens of neighbors who had gathered at Parkwood Pool in Kansas City, Kansas’ Quindaro neighborhood.

Many of those who came believe that the death of a 13-year-old boy, who drowned in the closed pool last Saturday after climbing over a locked gate, would never have happened if the pool had been open with a lifeguard on duty.

But the pool has yet to open this summer. To protest, neighbors were hanging locks on the fence surrounding it. Many said they were worried that the city has no intention of reopening the pool. They believe the city plans to take it away from the neighborhood and give it to the police.

“It’s not for the police, it’s for the kids,” said David Grigsby, whose barbershop is across the street from the pool.

KCK Parks Department spokeswoman Angel Obert said the city would never give the pool to police. That’s not why it’s closed.

“The decision to keep the pool closed was always first and foremost COVID-19,” Obert explained.

She said the city was worried about the virus continuing to spread as new variants were being introduced into the community. Obert adds that the city plans to open the park next summer. She said it’s filled with water now strictly for maintenance reasons and lifeguard training.

While the protest was going on across the street, the city was encouraging youth over the age of 15 to sign up to be certified as lifeguards, and earn $9 an hour in the process. Obert said the city hopes some of the newly-certified life guards will work at the pool next summer.

In a since-deleted tweet responding to a question about a potential contract extension for Kansas City Chiefs safety Tyrann Mathieu, Mathieu tweeted that he's "probably not" going to get a new deal in … END_OF_DOCUMENT_TOKEN_TO_BE_REPLACED

KANSAS CITY, Mo. — A manhole left uncovered is the source of concern after a woman damaged her car in Kansas City. The single-car crash happened at 11th Street and Tracy Avenue during the busy … END_OF_DOCUMENT_TOKEN_TO_BE_REPLACED

Kansas City, Missouri's COVID-19 emergency order was set to expire at the end of the month. But Mayor Quinton Lucas made it clear Friday that private businesses can still set their own rules.Any … END_OF_DOCUMENT_TOKEN_TO_BE_REPLACED

KANSAS CITY, MO (KCTV/AP) — All restrictions meant to slow the spread of the coronavirus were being rescinded as of midday Friday in Kansas City, Missouri, following guidance from the U.S. Centers for … END_OF_DOCUMENT_TOKEN_TO_BE_REPLACED