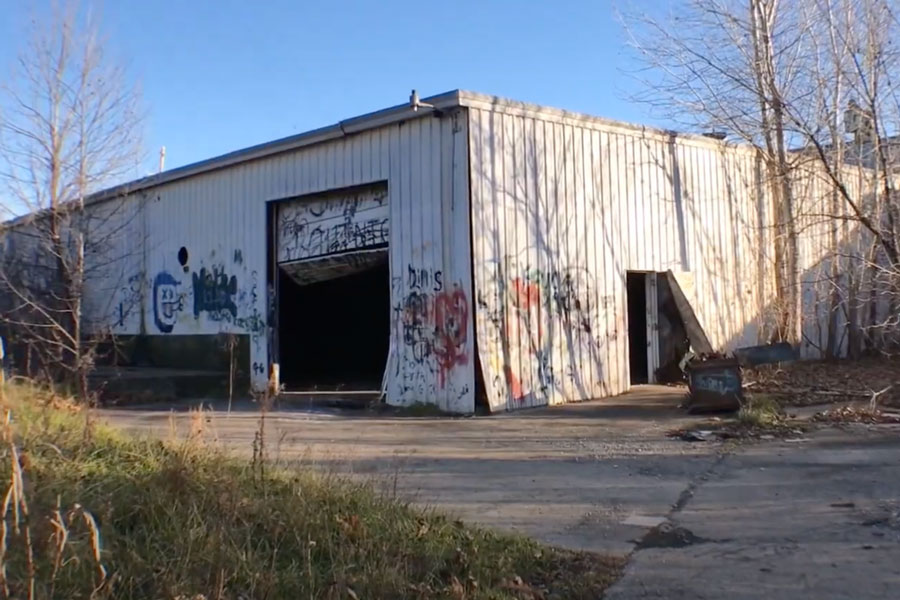 The long-abandoned Kuhlman Diecasting plan near 164th Street and Mission Road outside Overland Park has become the frequent source of complaints from residents in the area, who call it an eyesore and a dangerous hangout for neighborhood kids. File image.

As expected, the Johnson County Commission has approved spending $725,000 to raze a long-abandoned warehouse outside Overland Park that, in recent years, has become a magnet for teens in the area and a worry for parents and local residents.

The move to allocate the money to take down the old Kuhlman Diecasting plant was approved unanimously by the Board of County Commissioners as part of the consent agenda at the board’s June 17 meeting.

Over the years, residents have complained that the site is an eyesore and a dangerous hangout for kids from nearby middle and elementary schools in the Blue Valley School District.

The awarding of a contract for demolition and cleanup of the site will require future approval by the board.

In a since-deleted tweet responding to a question about a potential contract extension for Kansas City Chiefs safety Tyrann Mathieu, Mathieu tweeted that he's "probably not" going to get a new deal in … END_OF_DOCUMENT_TOKEN_TO_BE_REPLACED

KANSAS CITY, Mo. — A manhole left uncovered is the source of concern after a woman damaged her car in Kansas City. The single-car crash happened at 11th Street and Tracy Avenue during the busy … END_OF_DOCUMENT_TOKEN_TO_BE_REPLACED

Kansas City, Missouri's COVID-19 emergency order was set to expire at the end of the month. But Mayor Quinton Lucas made it clear Friday that private businesses can still set their own rules.Any … END_OF_DOCUMENT_TOKEN_TO_BE_REPLACED

KANSAS CITY, MO (KCTV/AP) — All restrictions meant to slow the spread of the coronavirus were being rescinded as of midday Friday in Kansas City, Missouri, following guidance from the U.S. Centers for … END_OF_DOCUMENT_TOKEN_TO_BE_REPLACED