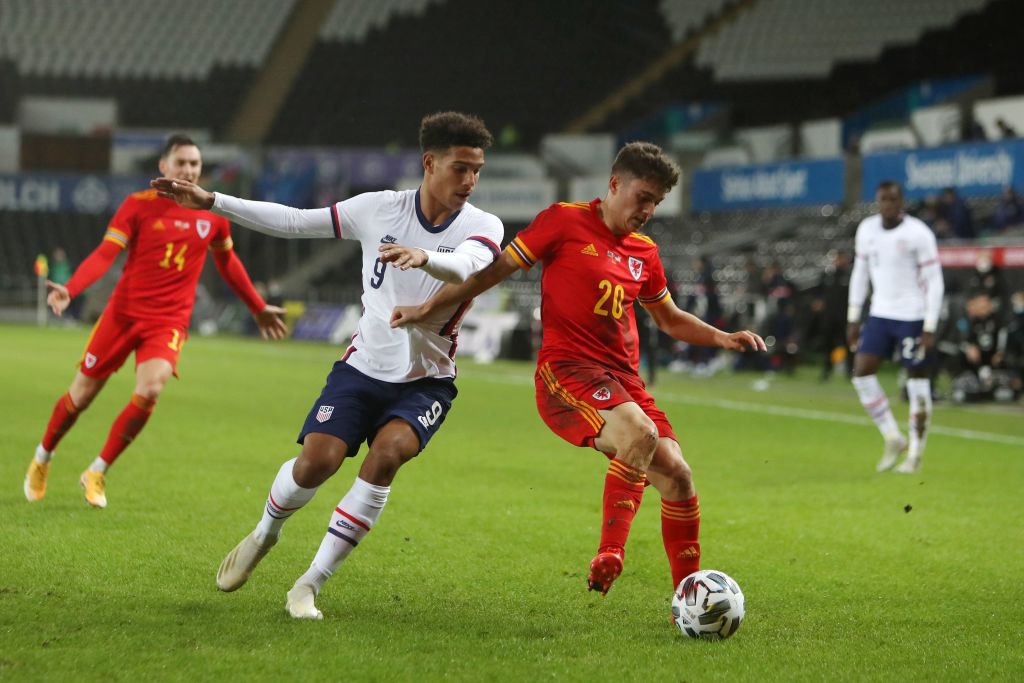 “Kansas City is really home for me. I’ve lived in a bunch of places. On and off the pitch, Kansas City just is home,” Gioacchini told reporters Tuesday.

Gioacchini is playing with USMNT for the upcoming Concacaf Gold Cup, but he got his start in youth sports in Kansas City. He lived in Overland Park until he was 8 years old.

“Played with the kids just having fun. Not really thinking of playing professionally,” Gioacchini said.

But it’s not just he sports he remembers.

“I got off the plane. I recognized the airport from 12 years ago,” Gioacchini said. “Smelled the air, smells the same. I’m being serious.”

Gioacchini is excited to be back at his old stomping grounds. But his recent trip isn’t just for fun, as Team USA is vying for a spot in the Gold Cup’s next round of eight.

The men’s national team will face the winner of Haiti/Bermuda at 8 p.m. Sunday at Children’s Mercy Park.

In a since-deleted tweet responding to a question about a potential contract extension for Kansas City Chiefs safety Tyrann Mathieu, Mathieu tweeted that he's "probably not" going to get a new deal in … END_OF_DOCUMENT_TOKEN_TO_BE_REPLACED

KANSAS CITY, Mo. — A manhole left uncovered is the source of concern after a woman damaged her car in Kansas City. The single-car crash happened at 11th Street and Tracy Avenue during the busy … END_OF_DOCUMENT_TOKEN_TO_BE_REPLACED

Kansas City, Missouri's COVID-19 emergency order was set to expire at the end of the month. But Mayor Quinton Lucas made it clear Friday that private businesses can still set their own rules.Any … END_OF_DOCUMENT_TOKEN_TO_BE_REPLACED

KANSAS CITY, MO (KCTV/AP) — All restrictions meant to slow the spread of the coronavirus were being rescinded as of midday Friday in Kansas City, Missouri, following guidance from the U.S. Centers for … END_OF_DOCUMENT_TOKEN_TO_BE_REPLACED