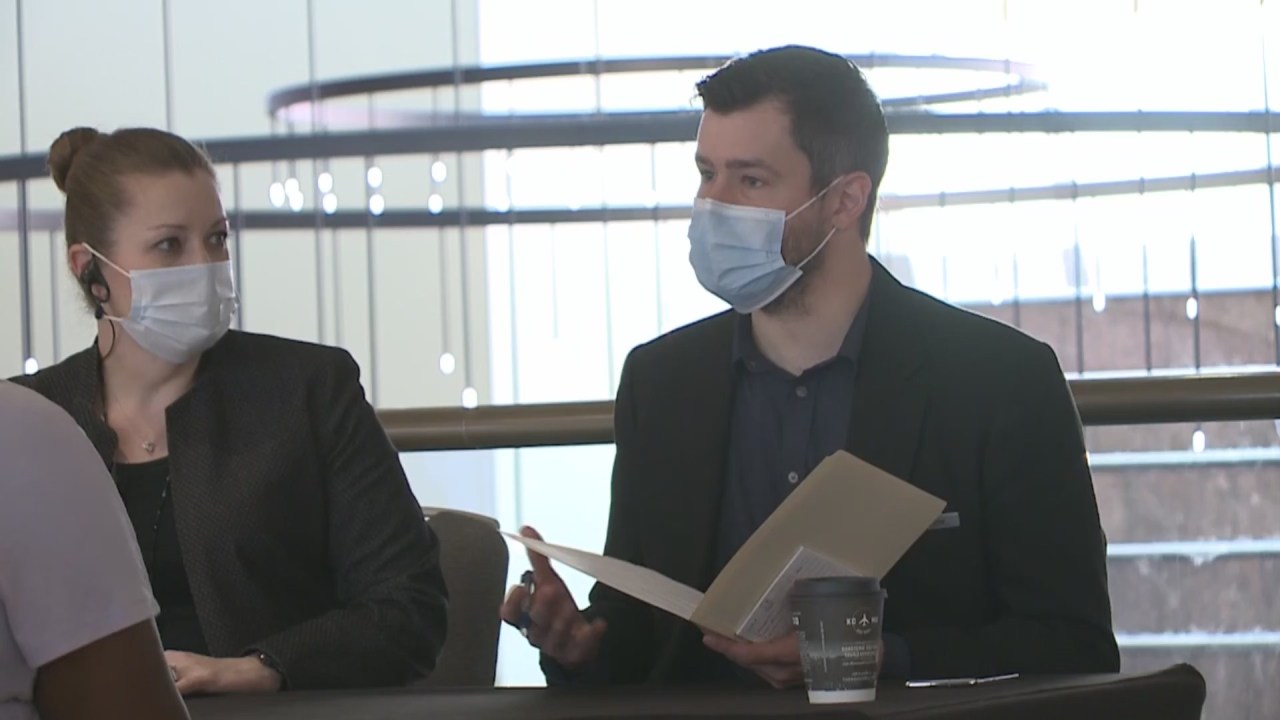 KANSAS CITY, Mo. — From restaurants to retail, industrial to entertainment, there are lots of jobs to fill nationwide including right here in the Kansas City metro.

The question is who is going to fill those jobs as businesses scramble to attract workers with a lot of options in front of them.

At a Tuesday Job Fair held at the Kansas City Marriott Downtown, the focus was hospitality work and hotel jobs.

Shelley Ferguson, senior director of human resources for the hotel, said they have about 40 positions to fill.

“Now everybody wants to book those and sometimes very short-term,” Ferguson said. “Who doesn’t want to get married now. Who doesn’t want to go on a trip or take a vacation or stay at a fun hotel? People have pent up demand. And we are looking for help.”

This is also the first week that pandemic-related federal unemployment benefits, $300 a week, won’t go to formerly-qualifying Missourians.

Governor Mike Parson, who ended access to the federal dollars, said it was, “time to get back to work.” But it’s unclear if his stated intended goal is happening.

“We feel that it’s harder to find people these days because there are a lot of options,” Ferguson said.

“So we’re offering referral bonuses, hiring bonuses, anything that we can do to attract people here and they know who we are,” Ferguson said.

This is the only hospitality job fair happening in June. Next Thursday, June 24, at Bartle Hall the Greater Kansas City Restaurant Association’ is coordinating another, even larger, more general event including more employers.

In a since-deleted tweet responding to a question about a potential contract extension for Kansas City Chiefs safety Tyrann Mathieu, Mathieu tweeted that he's "probably not" going to get a new deal in … END_OF_DOCUMENT_TOKEN_TO_BE_REPLACED

KANSAS CITY, Mo. — A manhole left uncovered is the source of concern after a woman damaged her car in Kansas City. The single-car crash happened at 11th Street and Tracy Avenue during the busy … END_OF_DOCUMENT_TOKEN_TO_BE_REPLACED

Kansas City, Missouri's COVID-19 emergency order was set to expire at the end of the month. But Mayor Quinton Lucas made it clear Friday that private businesses can still set their own rules.Any … END_OF_DOCUMENT_TOKEN_TO_BE_REPLACED

KANSAS CITY, MO (KCTV/AP) — All restrictions meant to slow the spread of the coronavirus were being rescinded as of midday Friday in Kansas City, Missouri, following guidance from the U.S. Centers for … END_OF_DOCUMENT_TOKEN_TO_BE_REPLACED