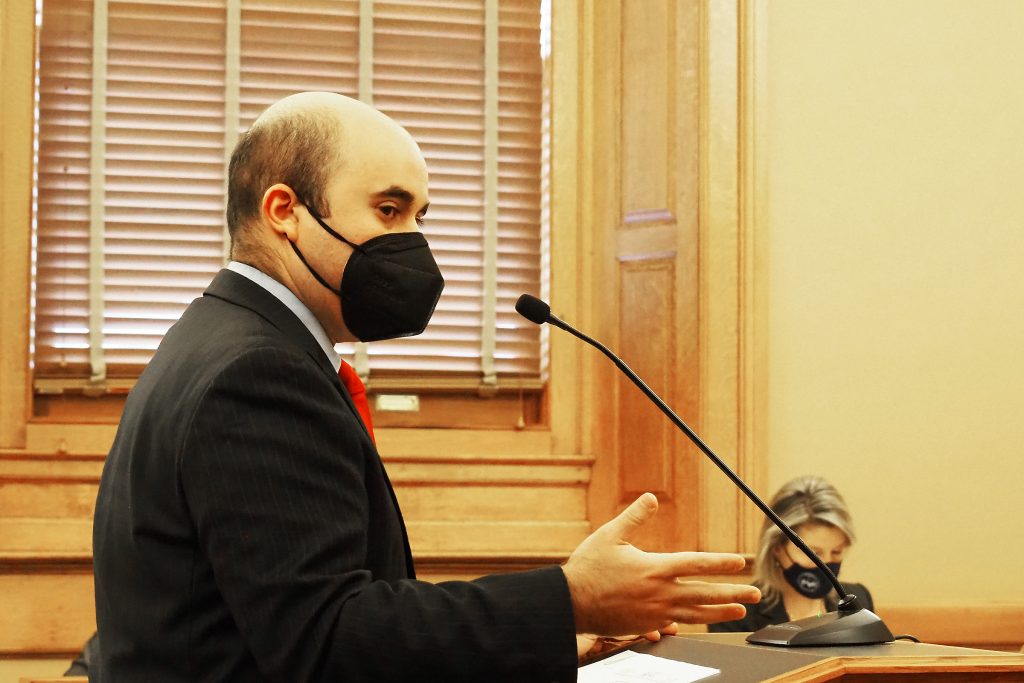 TOPEKA — Kansas legislators are once again considering a renewal and modification of sales tax revenue bonds that would allow for use of public funding on rural redevelopment, hospital and company headquarters projects.

Sales tax revenue, or STAR, bonds, is an economic development tool allowing Kansas municipalities to issue bonds to finance major attractions that bring in tourists from out of state. The bonds are currently available in metropolitan areas to projects with an anticipated investment of $50 million and with a projected gross annual sale of at least $50 million.

There is no specific threshold in rural areas, but it must be of major state or regional significance. The bonds are paid off through sales tax revenue generated by the project. The program is set to expire at the end of June.

The proposal would first extend the program by five years and then add rural redevelopment projects and major business facilities to the list of acceptable use of these bonds. It would add a requirement that a visitor tracking plan and an additional feasibility study be conducted, with oversight from the secretary of commerce.

“With these reform modifications, STAR bonds can become a much more meaningful and efficient program and help grow our state economy,” said David Soffer, legislative policy director at the Kansas Department of Commerce. “These projects are meaningful and impactful to all of our communities.”

A similar proposal was brought before the Legislature last year, but after significant skepticism and discussion, the program was extended by only a year without these reforms. Now tackling the issue once again, opponents of the bill expressed to the Senate Commerce Committee concerns the program may not be doing what it is intended to do by redirecting activity instead of generating it.

However, proponents of the bill pointed to the immense success of the Kansas Speedway in Wyandotte County, a project partially funded using STAR bonds. The 48,000-seat NASCAR racetrack draws thousands and has been essential in transforming what was once an empty green field into a booming business area.

Mike Taylor, a representative of the Unified Government of Wyandotte County, said the speedway project far exceeded expectations and was paid off five years early. Now, he said, it is generating more than $40 million a year for the state in sales tax.

He also noted they were able to create 11,000 new jobs in that area, including those at the Cerner campus.

“It helped the entire city. It also altered our transit system so we could get folks from the east side of the community out to the Legends area who were taking these jobs,” Taylor said. “It was the crown jewel of STAR bond projects and shows how that program can actually work.”

Other STAR Bond projects have fallen short of expectations.

A 2019 analysis of six STAR bonds projects by the Kansas City Star showed “a pattern of overpromising and underdelivering.”

One example in Overland Park, the Museum of Prairiefire and adjacent development, received $64.99 million through these bonds. But the Commerce Department profile shows the projected remains nearly entirely unpaid.

Sen. Caryn Tyson, R-Parker, pointed to a Nebraska Furniture Mart and outlet mall built near the speedway. She questioned how many people were fired at small business retailers as a result of the store and similar retail areas.

She also questioned if the secretary should oversee the feasibility studies.

Michael Austin, of the Kansas Policy Institute, said STAR bonds redirect activity from other areas. He said the addition of hospitals and HQs would bring more people to the specified area but does not guarantee spending in or around it.

“When you expand eligible areas for STAR bonds to include areas that are not retail development, what you’re actually doing is weakening the power of STAR bonds, and you’re going to make it take longer to become effective,” Austin said.

Elizabeth Patton, state director of Americans for Prosperity, said her organization opposes the bill but did offer ways it could be improved. These included increased transparency, a limit on funding for projects that could be financed anyway, and better oversight of the feasibility studies and projects.

“When handing out tax dollars we should not be providing a blank check,” Patton said. “Even more oversight in this bill would go a long way toward accountability and keeping taxpayers informed.”

Sen. Robert Olson, R-Olathe, and chairman of the committee, said the committee would debate and take action on the bill on Thursday.

In a since-deleted tweet responding to a question about a potential contract extension for Kansas City Chiefs safety Tyrann Mathieu, Mathieu tweeted that he's "probably not" going to get a new deal in … END_OF_DOCUMENT_TOKEN_TO_BE_REPLACED

KANSAS CITY, Mo. — A manhole left uncovered is the source of concern after a woman damaged her car in Kansas City. The single-car crash happened at 11th Street and Tracy Avenue during the busy … END_OF_DOCUMENT_TOKEN_TO_BE_REPLACED

Kansas City, Missouri's COVID-19 emergency order was set to expire at the end of the month. But Mayor Quinton Lucas made it clear Friday that private businesses can still set their own rules.Any … END_OF_DOCUMENT_TOKEN_TO_BE_REPLACED

KANSAS CITY, MO (KCTV/AP) — All restrictions meant to slow the spread of the coronavirus were being rescinded as of midday Friday in Kansas City, Missouri, following guidance from the U.S. Centers for … END_OF_DOCUMENT_TOKEN_TO_BE_REPLACED