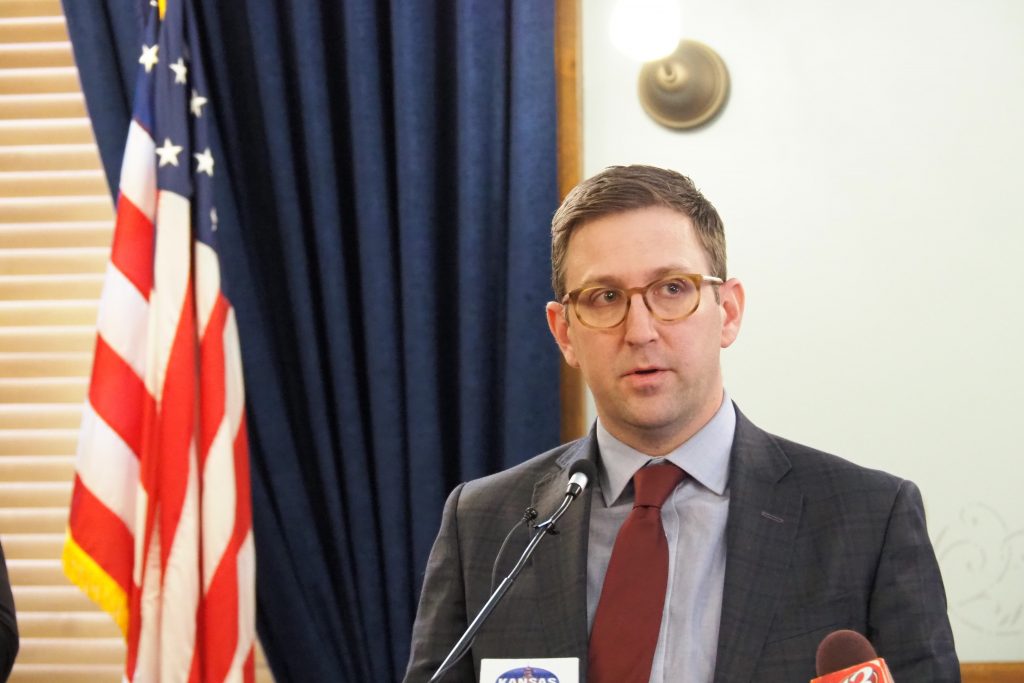 TOPEKA — Public officials pleaded Monday for Kansans to turn thermostats down and conserve electricity as utilities warned that severe cold would force coordinated power outages across the Midwest.

Gov. Laura Kelly declared a state of emergency Sunday in anticipation of sub-zero temperatures and wind chills that reached the -30s. The extreme conditions knocked wind turbines and natural gas plants off the grid as power consumptions soared, prompting concerns about skyrocketing natural gas supplies and an inability to meet demand.

Evergy, which serves eastern Kansas and western Missouri, announced plans Monday afternoon to begin shutting off power for rotating blocks of customers for 30-60 minutes at a time. The rolling blackouts were dictated by the Southwest Power Pool, which markets the power supply for a 17-state region.

Officials raised the possibility that without the planned outages, the region could risk running out of power by Tuesday morning.

Andrew French, chairman of the Kansas Corporation Commission, said Monday that natural gas was being sold at prices 150-200 times the normal rate. Those higher costs eventually will be passed on to consumers.

French said wind turbines can’t produce as much power as normal because of conditions like freezing fog. Natural gas plants were malfunctioning, he said, and are competing with gas utilities for scarce supply.

“You have this confluence of events, which is limiting the availability of power throughout our region at a time where we’re all of our customers have extreme demand for that power,” French said.

Evergy began the rolling blackouts in Kansas at 12:15 p.m. Monday. The utility said it turned off power for 60,000 customers and may do so for others as needed in the coming days. Evergy asks residents not to talk to workers in the field, and to check Evergy’s online outage map instead of reporting an outage.

“Our Evergy employees are working around the clock to manage our power plants and power lines,” said Kevin Bryant, Evergy’s COO. “But even with reliable operations, the extreme cold is driving high demand for electricity and straining natural gas supplies, requiring all the utilities in the region to ask for customers’ help in conserving energy until the temperatures warm up later this week.”

French said he expects more coordinated rolling blackouts Tuesday morning, after temperatures plunge to new depths. The Southwest Power Pool was coordinating with all utilities in the region for the power cutoffs, he said.

In response, the University of Kansas closed campuses in Lawrence and Overland Park to all classes Monday whether taught in-person or remotely. A statement issued by KU said only weather-essential personnel should report to work Monday, and decisions about Tuesday classes and operations had yet to be made.

The National Weather Service office in Topeka is predicting a record overnight low of -15 Monday night. Temperatures are expected to remain below freezing until Friday, with a high of 35.

In a news briefing at the Statehouse, the governor advised taking simple steps — bundling up with sweaters and blankets, and sealing leaks around doors and windows.

“I can’t stress this point enough,” Kelly said. “We all must cut back on natural gas and electricity usage now to ensure we have enough available to make it through these sub-zero temperatures. How we respond over the next 48 to 72 hours is critical.”

U.S. Sen. Roger Marshall, a Republican representing Kansas, said he spoke with utility officials about the spike in gas prices and unprecedented strain on demand.

“We will be doing all we can at the federal level to confirm no foul play or price gouging has occurred and continue to support our utility companies and community leaders as they work diligently to keep Kansans warm,” Marshall said.

KANSAS CITY, Mo. — Kansas City, Missouri, leaders once again will look into renaming city streets in honor of Dr. Martin Luther King Jr. The city's Board of Parks and Recreation Commissioners will … END_OF_DOCUMENT_TOKEN_TO_BE_REPLACED

Kansas City, Missouri police are investigating a shooting in the area of E. 60th and Highland Avenue. It happened at 8:40 p.m. Saturday. Police initially said one person was in critical condition, but … END_OF_DOCUMENT_TOKEN_TO_BE_REPLACED