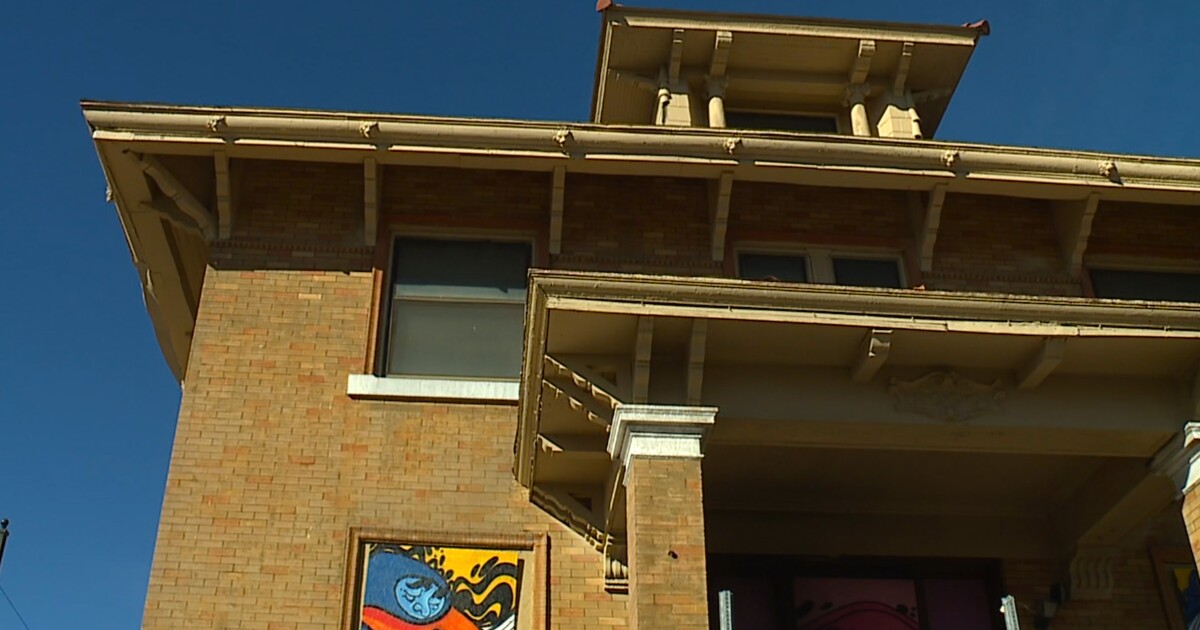 KANSAS CITY, Mo. — Home is where the heart is, and this home in the 2000 block of East 12th Street in Kansas City, Missouri, is in the middle of what used to be the heart of Black Kansas City.

KEVIN HOLMES: You drive by this home. On the outside – and now we’re on the inside – Quite frankly, it looks like a beat up, dilapidated home. But there’s rich history here.

GENE WILLIS: There’s a rich history, not only relevant to Kansas City history, but to many facets of American History. To slavery, to the recovery of that in America, to the harsh reality of it, and Native American history.

The two-story house played host to the Who’s Who of Black America – First Black Heavyweight Champion Jack Johnson. Musicians Count Basie and Duke Ellington, to name a few. All to see a young Black millionaire.

“You visit a city, and you’re among the celebrities, there are notable people of society and prominence you want to get exposed to. There’s an echelon so to speak,” Willis said. “This was the introductory home to her in Kansas City. Of her family and where they set roots.”

Willis is referring to is Sarah Rector.

KH: Who was Sarah Rector?

GW: Sarah Rector. There are many ways to go into who she was, but I think it starts with – Sarah Rector was born in the early 1900s in rural Oklahoma.

Descendants of the Creek Indians born before 1906 were given land allotments – parcels. That included those released from slavery, or freedman, like Rector and her family.

The land was originally thought to be invaluable since it was horrible for farming.

“They weren’t going to give them the most fertile land, so they often got the rockiest soil,” Willis said.

At the time, Rector’s family wasn’t wealthy at all. In fact, to help pay taxes on that parcel, Rector’s father leased her parcel to Standard Oil Company.

In 1913, an oil driller drilled a well on the property that produced a huge gusher – 2,500 barrels of oil a day. Overnight, Rector became the richest girl in America, making more money than the president.

Diane Euston, a local historian who’s spent a great deal of time researching Rector and her story, said the the family went from living in a two-room home to “having headlines slashed across papers” and the nation talking about this 11-year-old girl from Taft, Oklahoma.

Rector received fame, fortune and even marriage proposals, Euston said, but it wasn’t happily ever after in Oklahoma.

“There was also a real danger to freedmen living in the area,” Euston said.

That danger brought Rector and her family to that home on East 12th Street in Kansas City. That home is where the legend of millionaire Sarah Rector begins, and some of it is just that – a legend.

Google her name for example, and you’ll see several pictures that aren’t her. Even one in the Smithsonian is not Sarah Rector, according to her nieces. Hear their story in the next installment of Kevin’s Chronicles of KC.

Kevin’s Chronicles of KC is a year-long series looking at the history of Kansas City. You can read more about the project and other stories at kshb.com/chronicles.

KANSAS CITY, Mo. — The environment, children and smoking are issues Vari Patel and three other teens from the Kansas City metro felt needed attention so people can live healthier lives. "And when … END_OF_DOCUMENT_TOKEN_TO_BE_REPLACED

KANSAS CITY, Mo. — Kansas City, Missouri, Mayor Quinton Lucas confirmed Monday not only that he’d been married earlier this month — but that he and his wife welcomed a baby boy, too. In a post to … END_OF_DOCUMENT_TOKEN_TO_BE_REPLACED

KANSAS CITY, Mo. — Kansas City, Missouri, leaders once again will look into renaming city streets in honor of Dr. Martin Luther King Jr. The city's Board of Parks and Recreation Commissioners will … END_OF_DOCUMENT_TOKEN_TO_BE_REPLACED