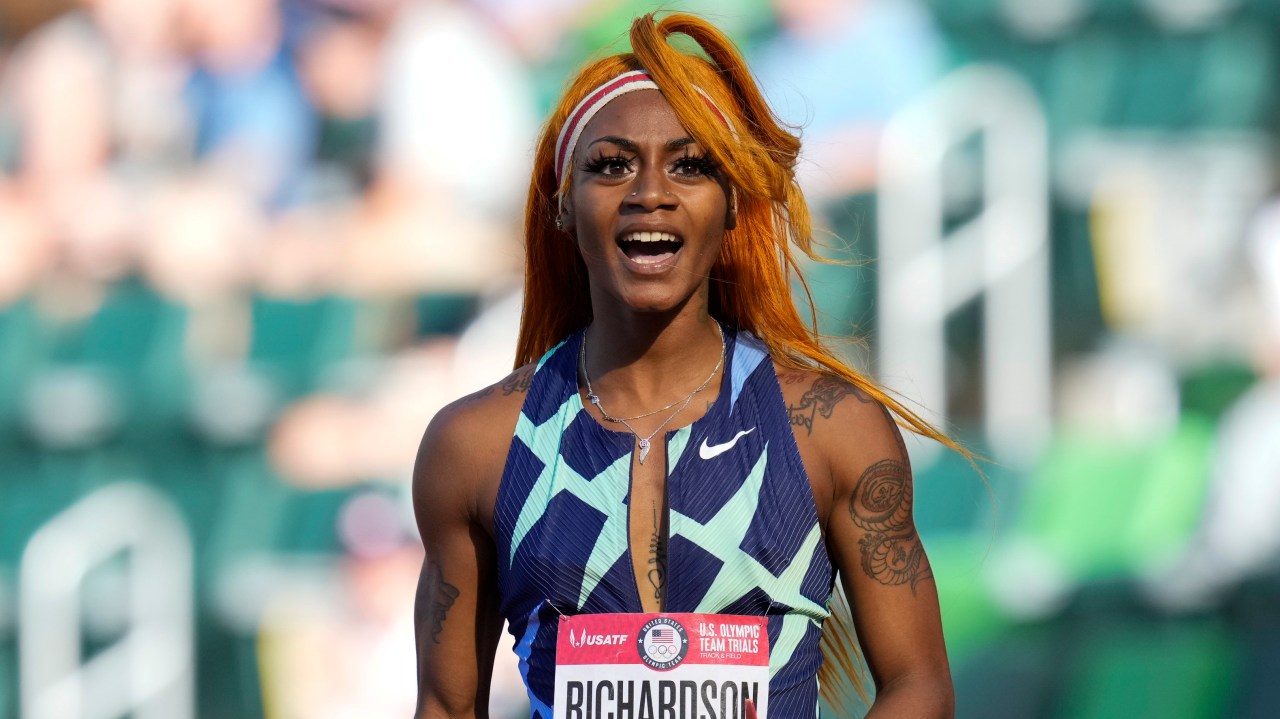 KANSAS CITY, Mo. — Following the news that Sha’Carri Richardson will be suspended for 30 days after a positive test for marijuana and will not be eligible to run the 100-meter race at the 2020 Tokyo Olympic Games, Kansas City Chiefs quarterback Patrick Mahomes took to social media to join in the defense of the Olympian.

“This is so trash man… just let her run!” Mahomes wrote in response to the news.

Her positive marijuana test came at the trials so her result is erased, making way for fourth place finisher Jenna Prandini, who is suspected to take the spot.

The former LSU track star appeared on the “Today Show” and responded to her 30-day suspension that ends July 27.

Richardson said she used marijuana as a coping mechanism after the loss of her mother, days before the trials.

“I was definitely triggered and blinded by emotions, blinded by badness, and hurting, and hiding hurt,” she said on “Today.” “I know I can’t hide myself, so in some type of way, I was trying to hide my pain.”

Her suspension ends in time to compete in the 4-by-100 relay race in Tokyo, but USA Track & Field have not said whether Richardson will be there or not.

“I’m grateful, but if not, I’m just going to focus on myself,” Richardson said if she is allowed to run in the relay.

Though there have been wide-ranging debates about whether marijuana should be considered a performance-enhancing drug, the U.S. Anti-Doping Agency makes clear on its website that “all synthetic and naturally occurring cannabinoids are prohibited in-competition, except for cannabidiol (CBD),” a byproduct that is being explored for possible medical benefits.

“Don’t judge me, because I am human,” Richardson said. “I’m you. I just happen to run a little faster.”

In a since-deleted tweet responding to a question about a potential contract extension for Kansas City Chiefs safety Tyrann Mathieu, Mathieu tweeted that he's "probably not" going to get a new deal in … END_OF_DOCUMENT_TOKEN_TO_BE_REPLACED

KANSAS CITY, Mo. — A manhole left uncovered is the source of concern after a woman damaged her car in Kansas City. The single-car crash happened at 11th Street and Tracy Avenue during the busy … END_OF_DOCUMENT_TOKEN_TO_BE_REPLACED

Kansas City, Missouri's COVID-19 emergency order was set to expire at the end of the month. But Mayor Quinton Lucas made it clear Friday that private businesses can still set their own rules.Any … END_OF_DOCUMENT_TOKEN_TO_BE_REPLACED

KANSAS CITY, MO (KCTV/AP) — All restrictions meant to slow the spread of the coronavirus were being rescinded as of midday Friday in Kansas City, Missouri, following guidance from the U.S. Centers for … END_OF_DOCUMENT_TOKEN_TO_BE_REPLACED