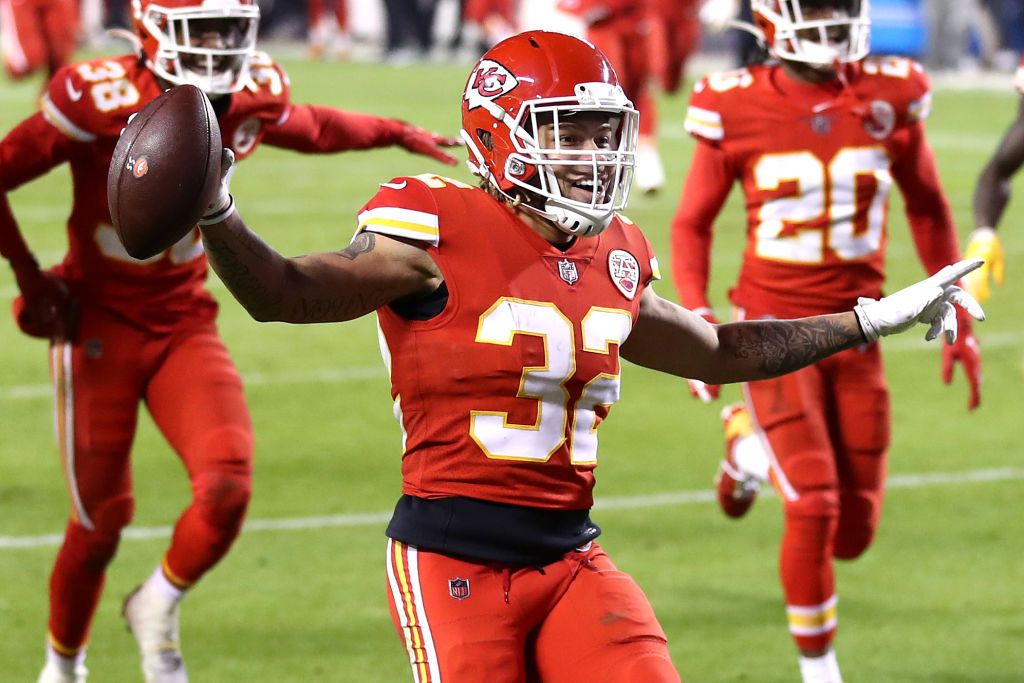 KANSAS CITY, Mo. — The Kansas City Chiefs are starting Phase 3 of their offseason program with mandatory minicamp as they get in shape for training camp in July.

On July 27, the team will head to the Missouri Western State University to prepare for the 2021-22 season. Due to COVID-19, the Chiefs were unable to go to St. Joseph and fans were not in attendance.

This year, fans will be welcome at what has become a familiar location for the team.

Minicamp is required by everyone on the team, or they can be fined up to $15,000 per day that is missed.

That excludes guard Kyle Long, who sustained a knee injury last week that will sideline him until at least week 1 of the season.

Long is one of the new pieces to the offensive line brought in by the Chiefs to strengthen that unit after a sub-par performance in Super Bowl LV.

The offseason was relatively quiet for the Chiefs until this past weekend when former running back Le’Veon Bell made comments about head coach Andy Reid.

‘I’ll never play for Andy Reid again’: Le’Veon Bell replies to fan’s comment asking if he was re-signed by Chiefs

Several players came to the defense of “Big Red” on social media prompting Bell to head to Twitter to clarify his comments.

In a series of tweets, Bell said that his problem with the beloved coach was with something he said to him.

I said what I said & I don’t regret at all what I said…for those who have a PERSONAL PROBLEM with me because of what I SAID, that’s fine…you have your right! just understand I ALSO have MY RIGHT for how I feel about MY PERSONAL problem with dude because of what HE SAID to me

Bell did say, however, that he enjoyed his time in Kansas City and that it was one of the closest locker rooms he had been a part of.

“I enjoyed my teammates, the city, food, the fans, just about everything in KC…” Bell wrote.

never did I say I didn’t enjoy my time in KC, because I loved my time there, and was probably the closest locker room full of players I ever been around…I enjoyed my teammates, the city, food, the fans, just about everything in KC…

Bell apologized for expressing his feelings on social media, but said he does not regret what he said, because it is how he feels.

“These fellas will blame everybody for their lack of success. That’s how I know I’m built different,” Mathieu wrote in response to former NFL cornerback Charles James II asking what made Bell comment the way he did.

It may never come to light what was said to Bell and why he feels this way toward Reid, but it is safe to say the three-time Pro Bowler will not be wearing the red and gold this upcoming season.

In a since-deleted tweet responding to a question about a potential contract extension for Kansas City Chiefs safety Tyrann Mathieu, Mathieu tweeted that he's "probably not" going to get a new deal in … END_OF_DOCUMENT_TOKEN_TO_BE_REPLACED

KANSAS CITY, Mo. — A manhole left uncovered is the source of concern after a woman damaged her car in Kansas City. The single-car crash happened at 11th Street and Tracy Avenue during the busy … END_OF_DOCUMENT_TOKEN_TO_BE_REPLACED

Kansas City, Missouri's COVID-19 emergency order was set to expire at the end of the month. But Mayor Quinton Lucas made it clear Friday that private businesses can still set their own rules.Any … END_OF_DOCUMENT_TOKEN_TO_BE_REPLACED

KANSAS CITY, MO (KCTV/AP) — All restrictions meant to slow the spread of the coronavirus were being rescinded as of midday Friday in Kansas City, Missouri, following guidance from the U.S. Centers for … END_OF_DOCUMENT_TOKEN_TO_BE_REPLACED