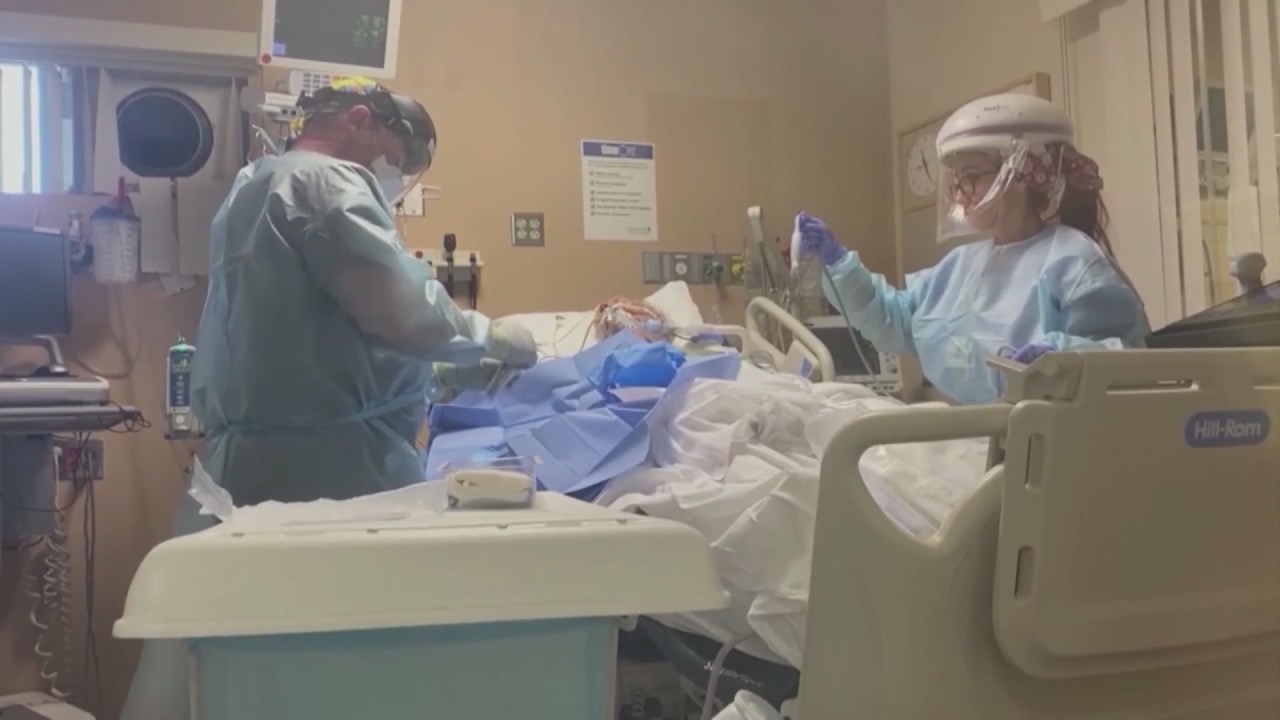 “The CDC didn’t accept our plan, which is just totally ridiculous that they would turn us down with Missouri in the situation we’re in right now. So, I think it’s just another obvious problem with the CDC,” Parson told the Springfield News-Leader.

Only 45.8% of Missourians have initiated vaccination, which is 10 percentage points below the national average.

Parson’s spokeswoman, Kelli Jones, said Friday that the CDC wanted to limit funding incentives to $25 per vaccinated person, “and we do not feel this figure will be enough to significantly increase vaccine uptake in Missouri.” Jones said the governor was weighing “a variety of other potential options.”

The agency reviewed the plan and returned it to the state because it didn’t meet CDC’s guidelines for use of the specific federal funds the state wanted to draw from for this project, a CDC official said.

But CDC money isn’t the only way Missouri could fund a vaccine incentive program. Ohio, for example, used federal COVID relief money to pay for its $1 million lottery.

On Friday, Kansas City health officials issued a new public health advisory, encouraging people to get vaccinated or put their masks back on indoors if they don’t.

“At this time, unvaccinated residents of all ages who have resumed normal activities without adequate protection are most at risk, particularly immune-compromised individuals,” the health departments said in a statement.

Regardless of vaccination status, the KC area health agencies said everyone should exercise caution.

“Currently, only 40% of Missourians are fully vaccinated,” the advisory stated. “Please assume that 1 in 2 people in any crowd or gathering may be unvaccinated. If you do not know the vaccination status of those around you, resume social distancing of at least 6 feet.”

Hospitalizations continued to rise Friday as well, reaching 1,357, including 425 people who were in intensive care units. Nearly half of ICU patients — 203 — were in southwestern Missouri.

Parson said the state will “probably” provide funding for a site to help handle the overflow of COVID-19 patients in Springfield, where hospitals are struggling to keep up with a surge driven by the delta variant and vaccination hesitation.

The Republican governor suggested that federal stimulus money also could help pay for the alternative care site health leaders in the southwestern Missouri city requested. Parson, who was in Springfield on Thursday for an unrelated bill signing, told the News-Leader that the state will “for the most part probably” fulfill the request.

“We’re in the process of kind of going through that right now to see what we can deliver and what we can’t,” he said. “Those are things we’ve done before, so I think we’ll be able to do (the funding).”

The fast-spreading delta variant has led to a surge in hospitalizations throughout southwestern Missouri. Springfield’s hospitals are already seeing patient counts topping the previous peak in mid-winter. As of Friday, 228 people with COVID-19 were hospitalized there. Three weeks ago, the daily average patient count was fewer than 120.

CoxHealth, which operates six hospitals in southwestern Missouri, was treating 170 patients at the winter peak of the virus, CEO Steve Edwards said in an interview. It has surpassed that now, and Edwards expects at least 240 daily COVID-19 patients within two weeks — if there’s room.

There’s a difference this time around compared to January.

“Younger, sicker, quicker is the way I characterize it,” Edwards said. “We have many, many younger patients. Pediatric patients hospitalized. Many in their 20s. A good number of pregnant women that we’ve had to do emergency C-sections to save the baby and to save mom.”

Katie Towns, the interim director of the Springfield-Greene County Health Department, said the alternative care site would provide transitional care for patients stabilized enough to be released from hospitals. She told The Associated Press that options include places such as dorms and hotels. Such makeshift treatment areas were common in Missouri and throughout the country during the winter.

Parson told the News-Leader that some of the cost of setting up the site could be covered by federal stimulus money provided to Springfield and Greene County for pandemic relief.

“There’s a lot of federal funding on the local level, so there may be ways we can partner with the counties and the cities and the hospitals, and they’ll be able to do their part, you know, to come in and help with that,” Parson said.

COVID-19 cases are rising sharply across Missouri. The state health department on Friday reported 1,834 newly confirmed cases and seven additional deaths. Hospitalizations continued to rise, reaching 1,357, including 425 people who were in intensive care units. Nearly half of ICU patients — 203 — were in southwestern Missouri.

In a since-deleted tweet responding to a question about a potential contract extension for Kansas City Chiefs safety Tyrann Mathieu, Mathieu tweeted that he's "probably not" going to get a new deal in … END_OF_DOCUMENT_TOKEN_TO_BE_REPLACED

KANSAS CITY, Mo. — A manhole left uncovered is the source of concern after a woman damaged her car in Kansas City. The single-car crash happened at 11th Street and Tracy Avenue during the busy … END_OF_DOCUMENT_TOKEN_TO_BE_REPLACED

Kansas City, Missouri's COVID-19 emergency order was set to expire at the end of the month. But Mayor Quinton Lucas made it clear Friday that private businesses can still set their own rules.Any … END_OF_DOCUMENT_TOKEN_TO_BE_REPLACED

KANSAS CITY, MO (KCTV/AP) — All restrictions meant to slow the spread of the coronavirus were being rescinded as of midday Friday in Kansas City, Missouri, following guidance from the U.S. Centers for … END_OF_DOCUMENT_TOKEN_TO_BE_REPLACED