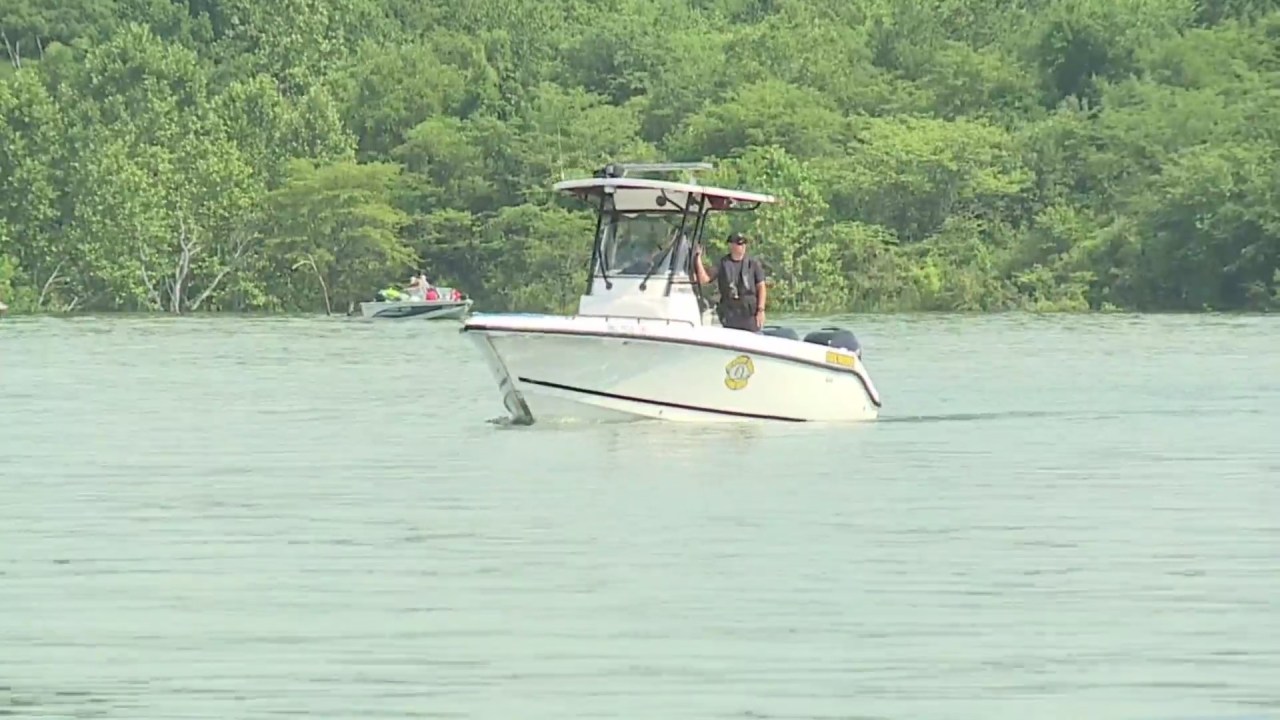 SMITHVILLE, Mo. — Days of rain have resulted in water levels close to 6 feet higher than normal at Smithville Lake.

That’s why the Missouri State Highway Patrol’s Water Division is encouraging people to stay away from shorelines, corners and marked off areas.

“Lately we have been having all the runoff from the streams and the Missouri River. This high water hides a lot of obstructions like tree stumps, shallow corners, that would normally be visible,” said Cpl. Billy Cole with MSHP.

Cole said they’re expecting hundreds of boaters this holiday weekend, and people from all over are already making their way to the lake.

“We’ll be out on the lake today. We were on the lake yesterday. We will probably come back tomorrow and Sunday,” Emily Dearmond said.

The Dearmonds said it’s a tradition to visit the lake every Fourth of July.

After a year of restrictions, Kansas City area families flock to lakes for Fourth of July

“When we come to Kansas City, my parents always come and bring us out to Smithville, to Smithville Lake. We pack a lot of sunscreen,” Dearmond said.

MSHP Water Patrol said they will be patrolling the lake, looking for people disobeying safety rules and boating under the influence laws.

According to National State Boating Laws Administrators, alcohol is the leading cause for fatal boating accidents.

Cole said the main goal is to keep everyone safe.

If you plan to be out on the water, Missouri law requires boaters to have a U.S. Coast Guard-approved life jacket on board and accessible for each occupant of the boat. Children under the age of seven are required to wear a life jacket whenever they are on a boat.

In a since-deleted tweet responding to a question about a potential contract extension for Kansas City Chiefs safety Tyrann Mathieu, Mathieu tweeted that he's "probably not" going to get a new deal in … END_OF_DOCUMENT_TOKEN_TO_BE_REPLACED

KANSAS CITY, Mo. — A manhole left uncovered is the source of concern after a woman damaged her car in Kansas City. The single-car crash happened at 11th Street and Tracy Avenue during the busy … END_OF_DOCUMENT_TOKEN_TO_BE_REPLACED

Kansas City, Missouri's COVID-19 emergency order was set to expire at the end of the month. But Mayor Quinton Lucas made it clear Friday that private businesses can still set their own rules.Any … END_OF_DOCUMENT_TOKEN_TO_BE_REPLACED

KANSAS CITY, MO (KCTV/AP) — All restrictions meant to slow the spread of the coronavirus were being rescinded as of midday Friday in Kansas City, Missouri, following guidance from the U.S. Centers for … END_OF_DOCUMENT_TOKEN_TO_BE_REPLACED