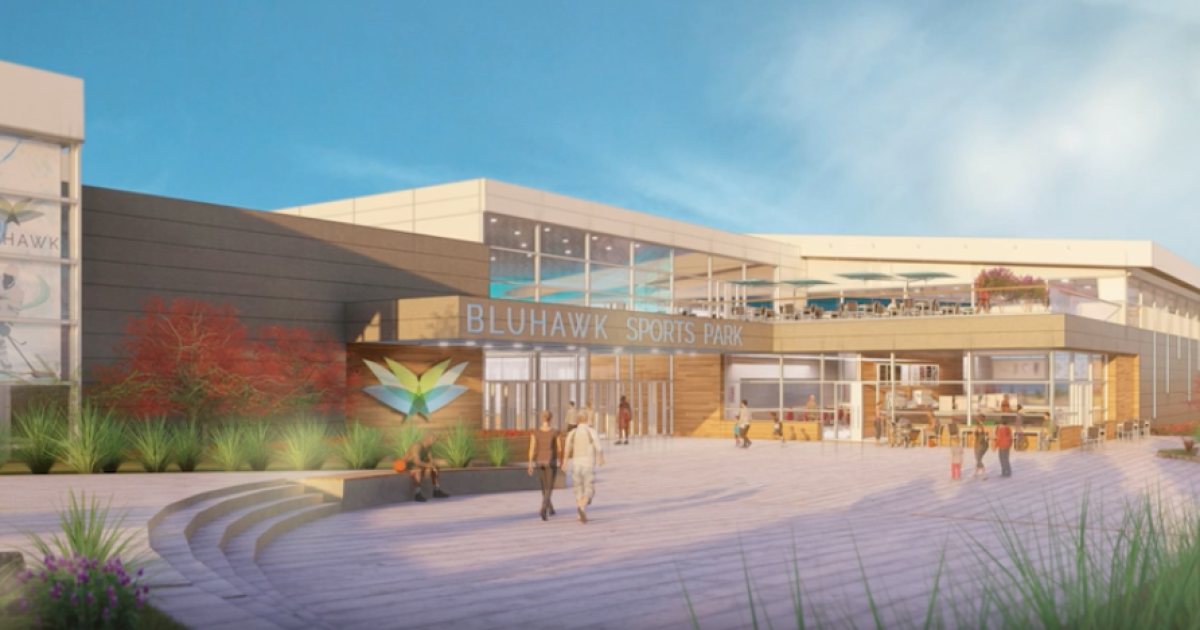 OVERLAND PARK, Kan. — Developers of the BluHawk project in southern Overland Park, Kansas, are seeking approval from the city council to modify plans for a sports arena. City approval will allow the developers to re-apply for STAR bonds to help pay for the project.

Instead of building the original plans for an arena and a separate multi-sports facility, BluHawk developers now want to build one complex combining the arena and practice facilities.

The city council will review the plans during a public hearing at 7:30 p.m. Monday at city hall, located at 8500 Santa Fe Dr.

The new plan no longer calls for a minor league or semi-pro hockey team to be based at the arena and will seat about 500 more spectators in the arena.

The plan eliminates a parking garage and one ice rink. It maintains the same number of basketball and volleyball courts.

It calls for building the complex in two phases and will cost the developer more to build the facility this way, but developers believe the end product will be significantly improved.

BluHawk has now partnered with SFA to operate the facility. The organization told a city committee it is already working on plans to incorporate the facility into the local school curriculum and/or athletic activities.

Time is of the essence for BluHawk.

A new law changing the STAR bond program takes effect July 1. Since the previous plan was approved under the current STAR bond rules, developers want to take the modified plans back to the Department of Commerce under those same rules before they change July 1.

BluHawk is a mixed-use development near 159th Street and Antioch Road. Many retail and residential components of the project are up and running as well as a hospital.

Along with building the sports arena complex, developers plan to add more retail and perhaps lodging and a movie theater to the property.

In a since-deleted tweet responding to a question about a potential contract extension for Kansas City Chiefs safety Tyrann Mathieu, Mathieu tweeted that he's "probably not" going to get a new deal in … END_OF_DOCUMENT_TOKEN_TO_BE_REPLACED

KANSAS CITY, Mo. — A manhole left uncovered is the source of concern after a woman damaged her car in Kansas City. The single-car crash happened at 11th Street and Tracy Avenue during the busy … END_OF_DOCUMENT_TOKEN_TO_BE_REPLACED

Kansas City, Missouri's COVID-19 emergency order was set to expire at the end of the month. But Mayor Quinton Lucas made it clear Friday that private businesses can still set their own rules.Any … END_OF_DOCUMENT_TOKEN_TO_BE_REPLACED

KANSAS CITY, MO (KCTV/AP) — All restrictions meant to slow the spread of the coronavirus were being rescinded as of midday Friday in Kansas City, Missouri, following guidance from the U.S. Centers for … END_OF_DOCUMENT_TOKEN_TO_BE_REPLACED