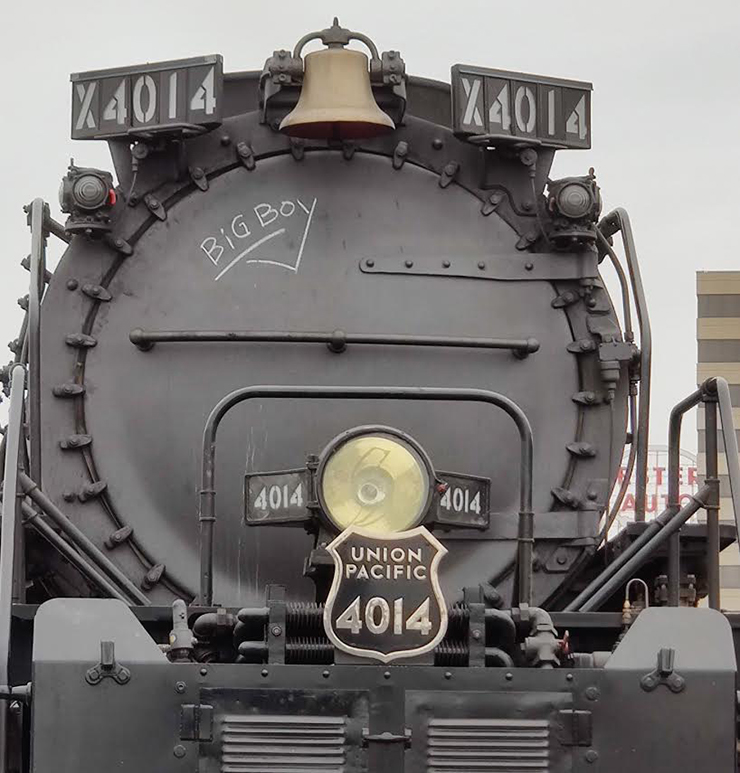 KANSAS CITY, Mo. — Union Pacific’s Big Boy No. 4014 is making its way across the country next month and will be stopping temporarily at locations across the Kansas City metro.

This is the first tour since the locomotive was restored for 2019’s “Great Race” tours celebrating the 150th anniversary of the transcontinental railroad’s completion. The multi-year restoration took place at Union Pacific’s steam shop in Cheyenne, Wyoming, following a retirement that spanned six decades.

No. 4014 is the world’s only operating Big Boy. The other seven can be found on display in Cheyenne, Wyoming; Denver; Frisco, Texas; Green Bay, Wisconsin; Omaha, Nebraska; Scranton, Pennsylvania; and St. Louis.

At the end of August, No. 4014 will arrive at several locations in the FOX4 viewing area as it makes its way back to Wyoming.

In a since-deleted tweet responding to a question about a potential contract extension for Kansas City Chiefs safety Tyrann Mathieu, Mathieu tweeted that he's "probably not" going to get a new deal in … END_OF_DOCUMENT_TOKEN_TO_BE_REPLACED

KANSAS CITY, Mo. — A manhole left uncovered is the source of concern after a woman damaged her car in Kansas City. The single-car crash happened at 11th Street and Tracy Avenue during the busy … END_OF_DOCUMENT_TOKEN_TO_BE_REPLACED

Kansas City, Missouri's COVID-19 emergency order was set to expire at the end of the month. But Mayor Quinton Lucas made it clear Friday that private businesses can still set their own rules.Any … END_OF_DOCUMENT_TOKEN_TO_BE_REPLACED

KANSAS CITY, MO (KCTV/AP) — All restrictions meant to slow the spread of the coronavirus were being rescinded as of midday Friday in Kansas City, Missouri, following guidance from the U.S. Centers for … END_OF_DOCUMENT_TOKEN_TO_BE_REPLACED