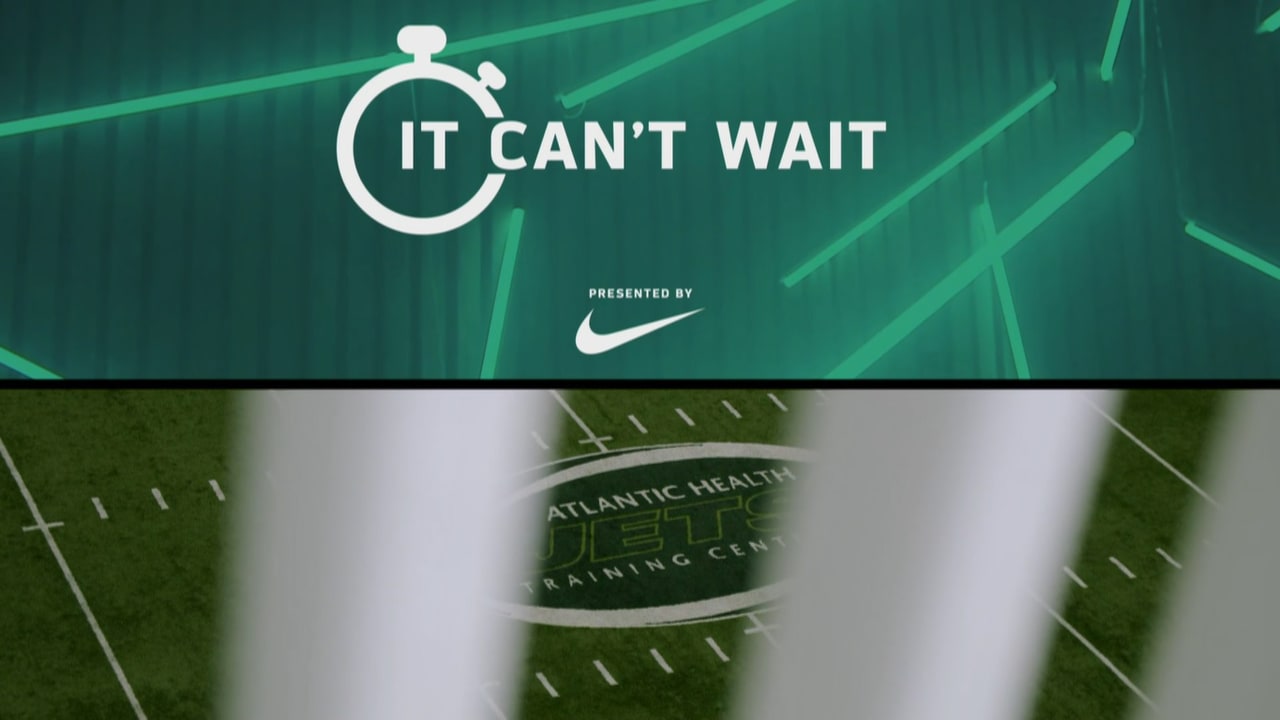 The NFL’s offseason began officially the day after the Tampa Bay Buccaneers defeated the Kansas City Chiefs in Super Bowl LV, but the Jets organization has long embraced a message that knows no offseason.

This week brought the launch of “It Can’t Wait,” a new show at nyjets.com hosted by the club’s former linebacker Bart Scott, that will focus on social justice issues. In the first episode, Scott was joined by four members of the Jets’ Social Justice, Diversity and Inclusion team — Jill Kelley, VP Legal Affairs; Jesse Linder, Vice President, Community Relations; Nadege Pluviose, Director, Client Relations; and Jared Winley, VP, Communications — to discuss the team’s evolving commitment to an issue that involves us all.

The Social Justice, Diversity and Inclusion Team (SJDIT) represents the entire organization and helps steer the Jets in the club’s social justice efforts and to continue to promote internal diversity and inclusion. The group is composed of employees from across the business and football staffs and each member serves a one-year term. SJDIT meets regularly to evaluate and provide feedback on issues surrounding the organization as well as the team’s social justice outreach.

In late December, the Jets announced a $1 million donation to four partner organizations as part of the team’s social justice, inclusion and diversity efforts. The organizations — All Stars Project, Innocence Project, New York Urban League and Year Up — all share the goal of reducing barriers and creating opportunities for individuals in need.

As part of the partnerships, each organization will receive $250,000. In addition, Jets players, coaches, and staff will have the opportunity to volunteer their time and expertise on various upcoming projects with each organization. The Jets believe that volunteerism is the foundation of their efforts because the organization wants to leave a mark through meaningful and lasting relationships in combination with financial support. In the future, the team plans to identify additional organizations to partner with, engage in meaningful conversations with community members, and identify legislation to support.

One of those four organizations, Year Up, has played a pivotal role in the personal and professional life of one of the Jets’ IT Support Specialists, Jazmin Severino, before she worked for the team.

Speaking with Ethan Greenberg of nyjets.com, Judy Battista, a reporter at NFL.com, said she was moved when she became aware of Severino’s story. Year Up provides skills training and internships to young adults in an effort to close the opportunity gap in business. Severino was part of the non-profit’s first class of graduates.

“She got involved when was young,” Battista said. “She had no high school diploma and they gave her training in IT and she now works in IT for Jets. She just bought a home, the first in her family. I was moved, it’s an example of such great work that didn’t generate headlines. It’s one life changed at a time, such important work.”

The first SJDIT team will work over its tenure to create a roadmap for the Jets who follow, and to expand efforts beyond financial support. Each member brings a distinct perspective to the social justice and diversity effort, perhaps none more than Nadege Pluviose, who has been with the Jets for more than 11 years. After graduating from Penn State with a Bachelor of Science degree in supply chain and information systems, she joined the Jets’ ticket department and has methodically advanced through the ranks to a position where she has hired, trained and supervises seven full-time staff members. She is the daughter of immigrants from Haiti.

“Both my parents were born in Haiti,” Pluviose said. “I’m a first-generation American, and for us there were a lot of cultural differences that we brought into everyday life. We were made fun of for being from an immigrant household. For me, it was about expressing my culture and finding a place in the U.S.”

She has drawn on those “cultural differences” to help inform her work for the Jets, where she is among more than 40 women working among the business staff.

“I’ve had to deal with so many different perspectives,” she said. “There were challenges from the Black community because I was Haitian. Are you Black enough? Are you Haitian enough? Did I have too much of an accent to speak correctly in [the Haitian creole] language. You have to stay authentic to yourself, believe what you’re saying and follow a path of your own.”

Living betwixt and between different cultural and racial identities is a challenge, but can also provide possibilities. In a diverse workplace, there are diverse opinions and approaches, all of which enhance and improve discussion and provide new perspectives. There is great value in promoting a variety of voices that can shake people out of complacency. We never know what we don’t know until confronted with new information and insight.

“I’m on the criminal justice team and we identified the Innocence Project,” Pluviose said. “We had a call last week to talk about their urgent needs and what the Jets can do to best serve those needs. We’re just scratching the surface with these organizations. We use communications, provide supplies to exonerees and show our fans how they can become involved.”

In a since-deleted tweet responding to a question about a potential contract extension for Kansas City Chiefs safety Tyrann Mathieu, Mathieu tweeted that he's "probably not" going to get a new deal in … END_OF_DOCUMENT_TOKEN_TO_BE_REPLACED

KANSAS CITY, Mo. — A manhole left uncovered is the source of concern after a woman damaged her car in Kansas City. The single-car crash happened at 11th Street and Tracy Avenue during the busy … END_OF_DOCUMENT_TOKEN_TO_BE_REPLACED

Kansas City, Missouri's COVID-19 emergency order was set to expire at the end of the month. But Mayor Quinton Lucas made it clear Friday that private businesses can still set their own rules.Any … END_OF_DOCUMENT_TOKEN_TO_BE_REPLACED

KANSAS CITY, MO (KCTV/AP) — All restrictions meant to slow the spread of the coronavirus were being rescinded as of midday Friday in Kansas City, Missouri, following guidance from the U.S. Centers for … END_OF_DOCUMENT_TOKEN_TO_BE_REPLACED