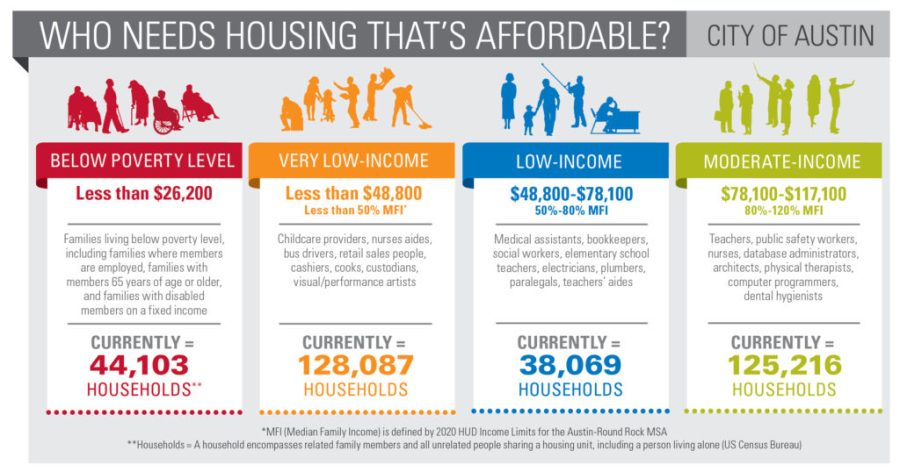 A home in east Austin (KXAN)

AUSTIN (ABJ/KXAN) — When it comes to housing, there are plenty of cities more expensive than Austin — but there are few that have seen affordability decline as rapidly recently.

Losing bang for the buck is now the American norm. After two years of steady affordability growth in the U.S. housing market, March brought a nationwide decline in affordability, according to a report by First American Financial Corp. (NYSE: FAF). The Austin metro area showed the fifth-biggest drop in housing affordability among 50 major markets.

The study used the real house price index, or RHPI, which measures changes in housing price, income levels and interest rates to determine actual homebuying power. The higher the RHPI, the less affordable the market.

Kansas City, Missouri, topped the list with a 16.2% year-over-year increase in RHPI, followed by Phoenix; Tampa, Florida; Seattle; and Austin, which had a 12.1% increase.

Recently, Austin City Council voted to increase the fees commercial developers will have to pay to build high-priced condos in high rises that exceed height/density limits — and those dollars will go into the City of Austin’s Affordable Housing Fund. Alternatively, developers can elect to provide affordable housing on their property instead of paying the fees.

The City of Austin says it’s received about $1 million in fees for affordable housing since the program’s start in 2014.

The City of Austin is currently working on several projects to achieve its goal of housing 3,000 people in the next three years. This would entail creating over 750 new permanent housing units.

Current numbers show the City is well behind on its goal, however. According to its latest estimates, the City of Austin would need to develop over 13,000 affordable housing units per year to get back on schedule.

Housing affordability in Texas’ Capitol city has become even more of a focal point, as concerns over those without homes has grown into a contentious local issue. In order to house the city’s homeless, hundreds of units are being planned for construction.

In a since-deleted tweet responding to a question about a potential contract extension for Kansas City Chiefs safety Tyrann Mathieu, Mathieu tweeted that he's "probably not" going to get a new deal in … END_OF_DOCUMENT_TOKEN_TO_BE_REPLACED

KANSAS CITY, Mo. — A manhole left uncovered is the source of concern after a woman damaged her car in Kansas City. The single-car crash happened at 11th Street and Tracy Avenue during the busy … END_OF_DOCUMENT_TOKEN_TO_BE_REPLACED

Kansas City, Missouri's COVID-19 emergency order was set to expire at the end of the month. But Mayor Quinton Lucas made it clear Friday that private businesses can still set their own rules.Any … END_OF_DOCUMENT_TOKEN_TO_BE_REPLACED

KANSAS CITY, MO (KCTV/AP) — All restrictions meant to slow the spread of the coronavirus were being rescinded as of midday Friday in Kansas City, Missouri, following guidance from the U.S. Centers for … END_OF_DOCUMENT_TOKEN_TO_BE_REPLACED