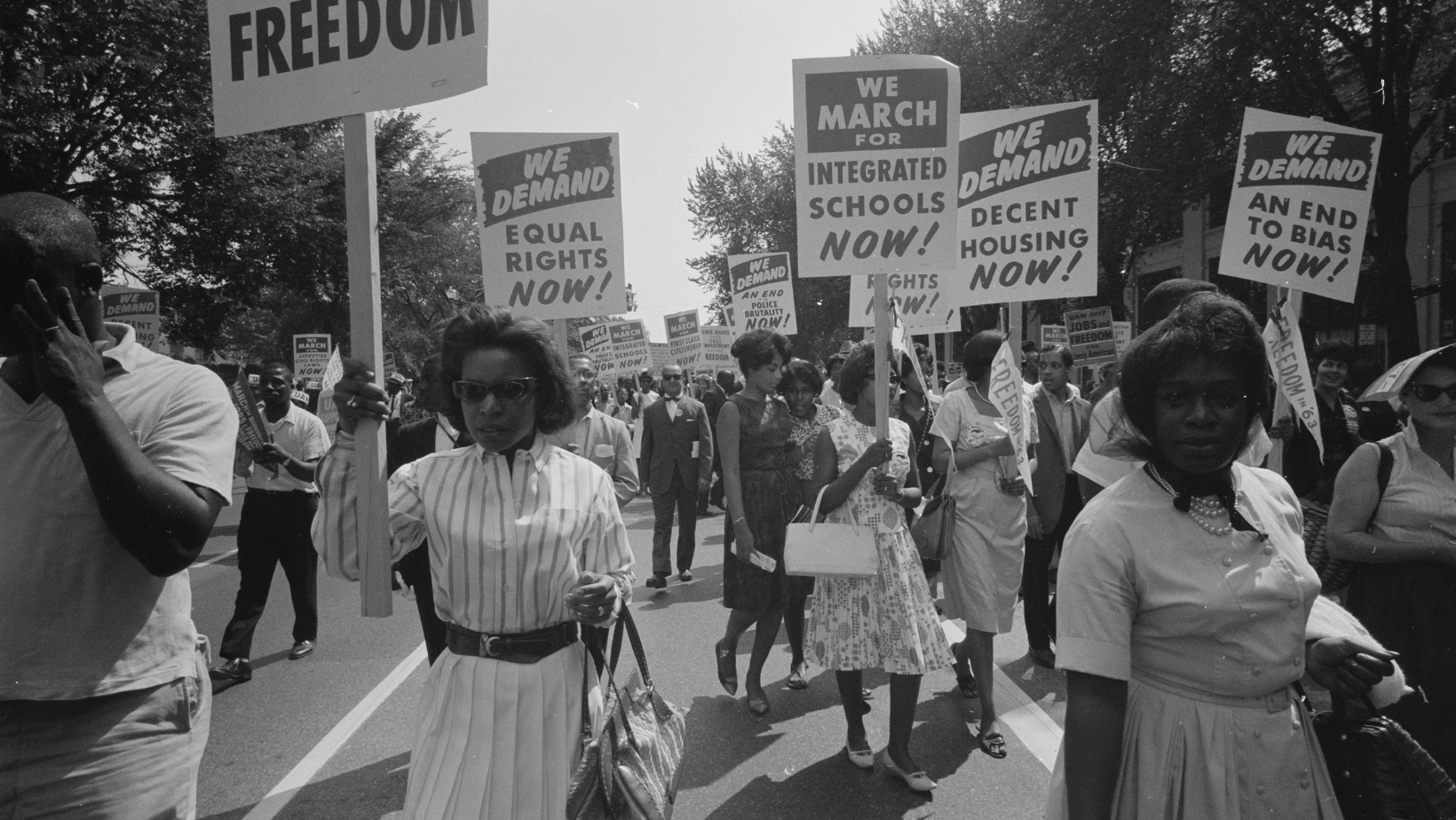 A new report by the Othering and Belonging Institute finds that 81% of US metro regions are more segregated today than they were twenty years ago. In a series on “George Floyd’s America,” The Washington Post explored the effect of systemic racism on Floyd’s life. It included a look at Houston’s oldest housing project, where Floyd grew up. The piece detailed the unequal access to housing that reinforced racial segregation, limiting opportunities for people of color and constraining the country’s potential.

In the 60s and 70s, the federal government initiated several actions aimed at addressing the systemic racism that continues to persist throughout every community in our nation. This included The Community Reinvestment Act, designed to ensure that bank products and services were available to everyone living in the communities surrounding their branches. Community development financial institutions (CDFIs) – like Reinvestment Fund, were birthed out of this legislation. CDFIs were designed to provide affordable flexible debt capital to those excluded from the traditional banking system by racism.

Despite these interventions from the federal government more than 50 years ago, systemic racism and segregation continue to create communities where Black people are left with little resources for true opportunity.

The implications of residential segregation are multifold. Far too often, Whiter neighborhoods tend to have better funded schools, less crime, as well as more access to amenities like grocery stores and job opportunities. As a country, we ignore these facts while also casting aspersions on people from Black communities with far less access to even the most basic of resources. In fact, the impacts of segregation can have dramatic multi–generational consequences for people who grow up in Black neighborhoods. It also robs all Americans from the benefits of living in diverse, pluralistic communities—of learning from people who are different from each other, the rich experiences of understanding different cultures and circumstances.

Unfortunately, the impacts of The Fair Housing Act have been far from what its framers hoped for. While population and residential trends have brought modest declines in racial segregation; levels remain high. Over the years, additional rules issued by the U.S. Department of Housing and Urban Development (HUD) have created tools to prohibit discrimination and promote racial integration but segregation has persisted.

New leadership in the White House offers an opportunity to revisit policies intended to address racial inequities and the persisting patterns of economic segregation in our communities. Recently, Reinvestment Fund collaborated with researchers from the University of Pennsylvania Carey Law School on a pathbreaking study on how a particular provision of the Fair Housing Act that calls for efforts to affirmatively further fair housing could support desegregation. The report, An ‘All-Out’ Effort to Achieve Desegregation and Equality of Opportunity: Assessment of Fair Housing 2.0., recommends that the Biden administration harness the full potential of fair housing law as a powerful tool for promoting racial and economic integration to improve outcomes in communities.

To achieve its goals, fair housing should be an all-of-government effort with cooperation across federal agencies and coordination across federal, state, and local levels. The report co-authors propose that the White House Domestic Policy Council (DPC) act as the central organizing body to oversee activities and investments in ways that significantly accelerate integration. DPC attention can ensure the all-of-government effort towards integrated and thriving communities.

The report also recommends building on the 2015 Assessment of Fair Housing (AFH) as a framework to significantly increase racial justice through a coordinated approach to racial and economic integration in American communities. Introduced in the Obama administration and rolled back during the Trump administration, the AFH is part of the Affirmatively Furthering Fair Housing (AFFH) rule that required jurisdictions receiving HUD funding to undertake a formal review to assess patterns of segregation and then to develop plans to reduce them.

The 2015 AFFH rule required community and stakeholder engagement as part of the planning process and was found to have demonstrated positive impacts.  To explore what was successful about how communities addressed fair housing through the AFH and improvements that would make it more useful if implemented again in some form, Reinvestment Fund interviewed former officials at HUD, local housing officials in New Orleans, Houston, Kansas City (MO), Indianapolis, and Philadelphia, and fair housing experts and advocates.

While a revived AFH should, at least in part, reaffirm the goal of making all communities places of opportunity, the report also found that the process would benefit from the following improvements:

Partners across the Atlanta region have echoed the need for improvements to the AFH.  “A reinstated AFH goal-setting process should include requirements for short- and long-term action plans with completion dates, responsible parties and identification of financial resources to accomplish achievable, prioritized goals,” shared Gail Williams, executive director of Metro Fair Housing Services. “Without standardized evaluation or monitoring of outcomes and equitably applied, meaningful consequences for non-compliance with the AFH process, local and state governments will continue to fall short of creating opportunity-rich, racially and economically integrated neighborhoods with affordable and accessible housing choices, where one’s protected characteristics do not define their worth.”

“The legacy of redlining can still be seen in Atlanta today.  Federal policy created today’s segregated neighborhoods and it will take federal policy to remedy the situation,” said Kate Little, a fair housing advocate and former CEO of Georgia Advancing Communities Together, Inc., a statewide network of nonprofit housing and community development organizations. “As the lead agency responsible for affirmatively furthering fair housing, HUD should work with other federal agencies to make compliance with this requirement part of their funding process.”

In recent weeks, HUD has moved to address some of the policies that perpetuate inequality and segregation through housing. As a first step, the agency has reinstated definitions and certifications from the 2015 AFFH rule, requiring every local government that accepts federal housing dollars to make concrete and meaningful commitments toward affirmatively furthering fair housing. The agency also initiated steps to rethink and improve the implementation process. This includes seeking input from the public on the AFFH rule through July 12, 2021.

If you believe in the promise of fair housing and inclusive communities, this is an opportunity to share your thoughts on how these processes could be better. The time is ripe to ensure our policies advance equity and opportunity for all Americans.

In a since-deleted tweet responding to a question about a potential contract extension for Kansas City Chiefs safety Tyrann Mathieu, Mathieu tweeted that he's "probably not" going to get a new deal in … END_OF_DOCUMENT_TOKEN_TO_BE_REPLACED

KANSAS CITY, Mo. — A manhole left uncovered is the source of concern after a woman damaged her car in Kansas City. The single-car crash happened at 11th Street and Tracy Avenue during the busy … END_OF_DOCUMENT_TOKEN_TO_BE_REPLACED

Kansas City, Missouri's COVID-19 emergency order was set to expire at the end of the month. But Mayor Quinton Lucas made it clear Friday that private businesses can still set their own rules.Any … END_OF_DOCUMENT_TOKEN_TO_BE_REPLACED

KANSAS CITY, MO (KCTV/AP) — All restrictions meant to slow the spread of the coronavirus were being rescinded as of midday Friday in Kansas City, Missouri, following guidance from the U.S. Centers for … END_OF_DOCUMENT_TOKEN_TO_BE_REPLACED